YouTube TV has proven to be a pretty big success for Google, and the company continues to improve the product as we move forward. Today, a new “voice remote” feature is starting to roll out to some users.

Some users have been noting over the past day or so that a pop-up in their YouTube TV app is notifying them of the arrival of a new voice remote feature (via Android Police). This feature, when enabled, allows users to control their YouTube TV experience completely via voice controls.

For example, this feature can be used to play specific shows, switch to a different channel, fast forward or rewind content, pause/play, and even adjust volume. Google has actually had a support page out about this feature for quite some time, but it never actually flipped the switch on the feature until now.

This doesn’t apply to YouTube TV on devices such as Roku or Android TV, but it will control content playing on your mobile device as well as casting content (you can even cast with a voice command).

We’re not seeing this option live yet on any of our devices just yet, but it does seem to be rolling out in a limited capacity, likely ahead of a much larger rollout. 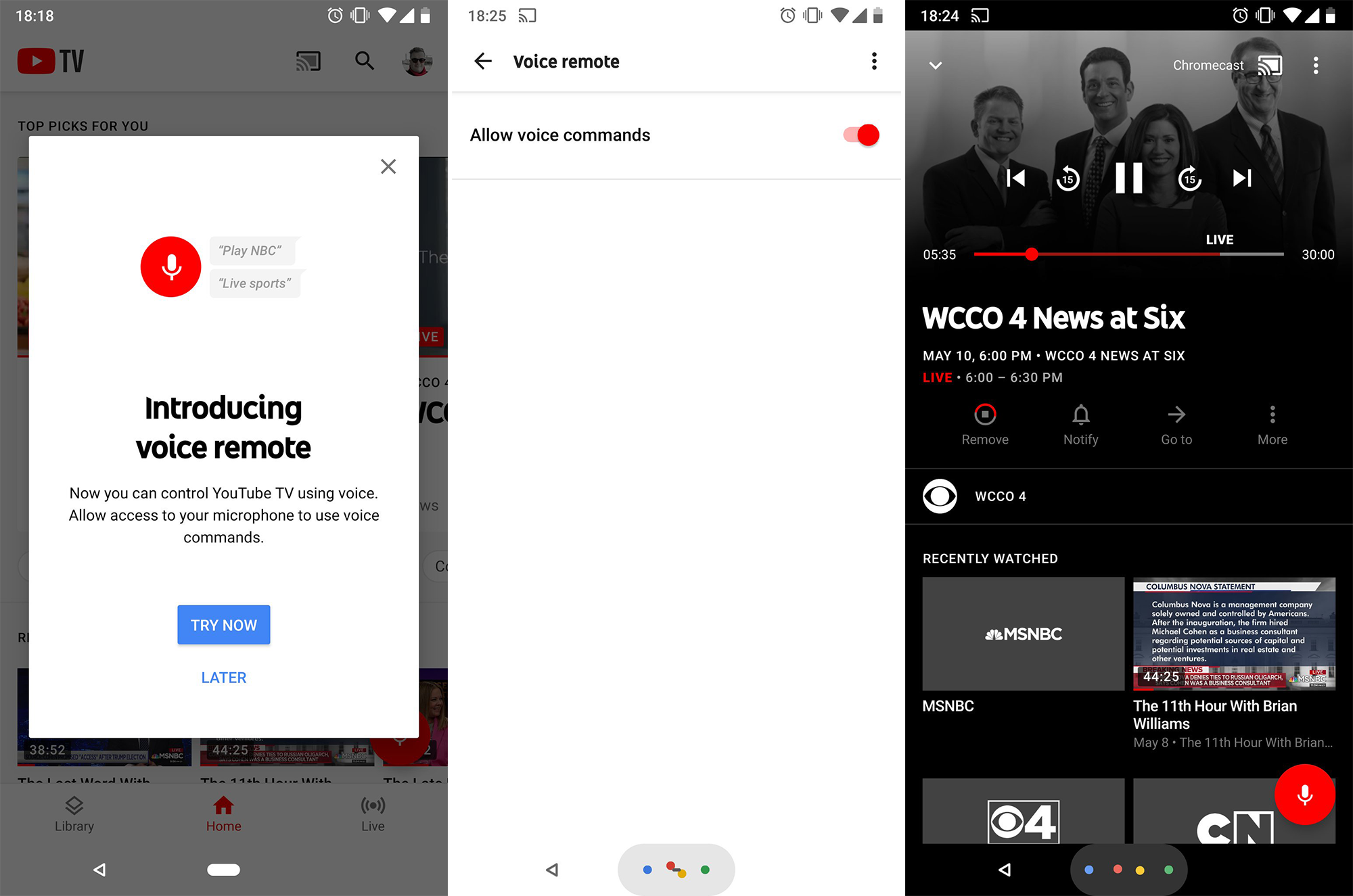 Note: Some users have reported seeing this feature on the iOS YouTube TV app for quite some time.