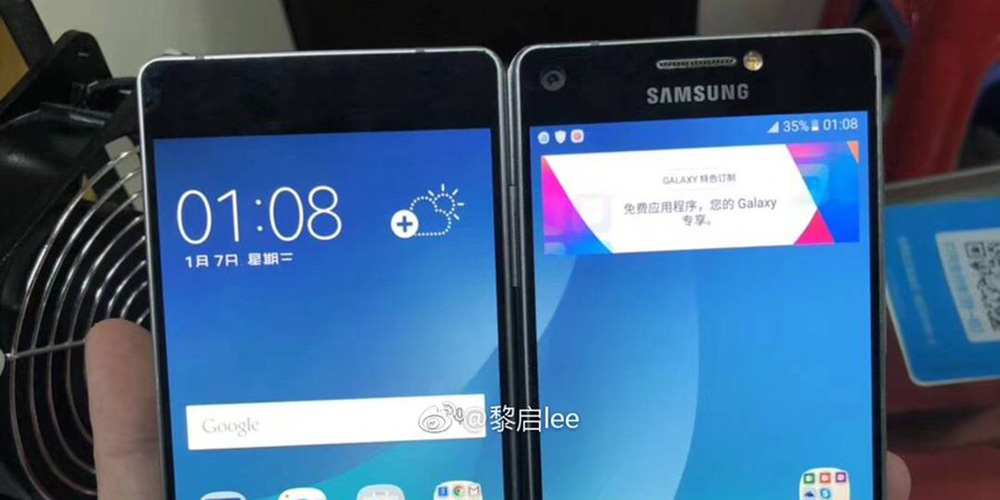 Many have dreamed of the idea of a foldable smartphone, and last year, one finally arrived in the ZTE Axon M. However, Samsung almost beat ZTE to the punch as the smartphone giant was working on “Project V” a few years ago. Now, some images showing off that device have hit the web.

Likely developed between the Galaxy S6 and Galaxy S7, “Project V” carried the model number SM-G929F during research and development. These new images pinpoint the timeline as early 2015 according to the date widget and design of icons (via Android Police).

The device itself has a design language similar to Samsung’s flagships from the time, specifically that of the Galaxy S6. There’s a physical home button and capacitive buttons, as well as that dark blue color we saw debut with that device.

Obviously, this is a much thicker smartphone than most. Like the Axon M, it has a thick half with a thin display that flips out of the back. It also only has one camera above the “main” display with an LED flash on the other side of the speaker.

This device was canceled before it ever hit the public’s attention, but it seems like Samsung might not be done with the idea just yet. Reports earlier this year suggested that the company was planning on launching a foldable smartphone later this year, even moving mass-production forward. Things have been silent on that front since, but perhaps Samsung really does have a device like this in the pipeline.