Huawei Mate 20 Pro hands-on: All the bells and whistles you could ask for [Video] 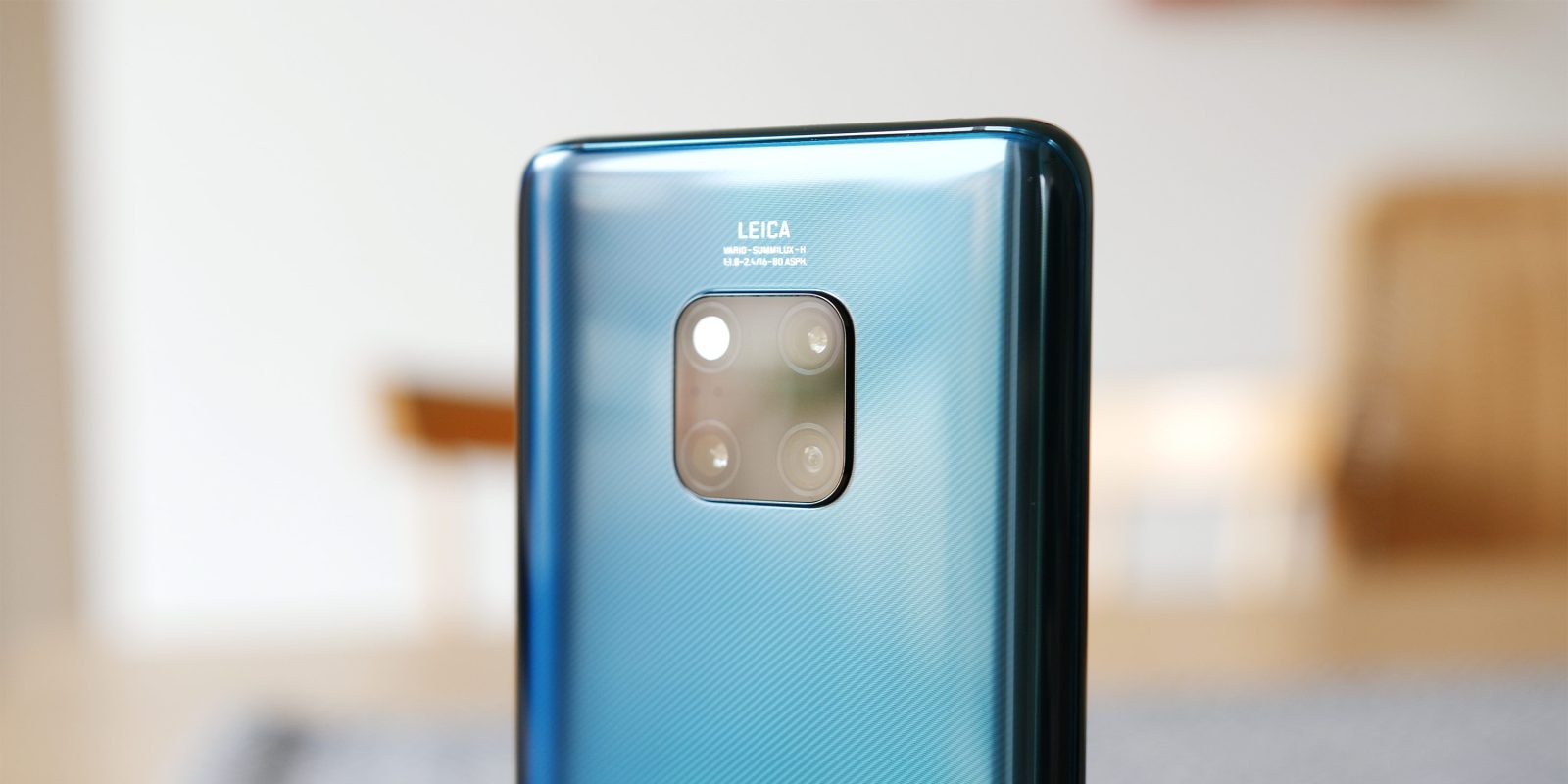 The Huawei Mate 20 Pro throws together some of the most requested features that we hear Android fans clamor for on a regular basis, but one big downside is there is no word on US availability just yet. That said, I genuinely believe this to be an all-around great smartphone for many Android enthusiasts out there.

During the unveiling, the device seemed to be a mismatched combination of iPhone XS and Samsung Galaxy S9+ — which isn’t exactly a bad thing. I’d personally much prefer the teardrop notch found on the standard non-Pro Mate 20 model, but the 3D face-scanning modules do, unfortunately, need to be hidden inside the notch. During the keynote, Richard Yu proudly proclaimed that the notch is actually smaller than the iPhone XS by up to 5%, measuring 32.8mm compared to 34.5mm on the iPhone. It works much like Face ID on iPhone too, allowing you to make purchases using this biometric data.

I have been impressed with the other biometric data device — the in-display fingerprint reader — as its speed and accuracy lead me to believe that this is most definitely one viable way forward for manufacturers wanting to get rid of the physical readers on the outer shells of their smartphones. There is an on-screen prompt so you know exactly where to press,

The AMOLED screen is really crisp, vibrant and measures in at 6.39-inches but with the body dimensions being 157.8 x 72.3 x 8.6mm, you end up with an impressive 87.9% screen-to-body ratio. Despite the notch it feels like almost all display, which really helps immersion into almost all interactions with the Mate 20 Pro. Out of the box that display will be set to FHD+ 2340 x 1080 resolution, but to really get the most out of it, it needs to be set to to the WQHD+ 3120 x 1440 resolution for a true experience. That said, I can’t imagine this will be particularly great for overall battery life. 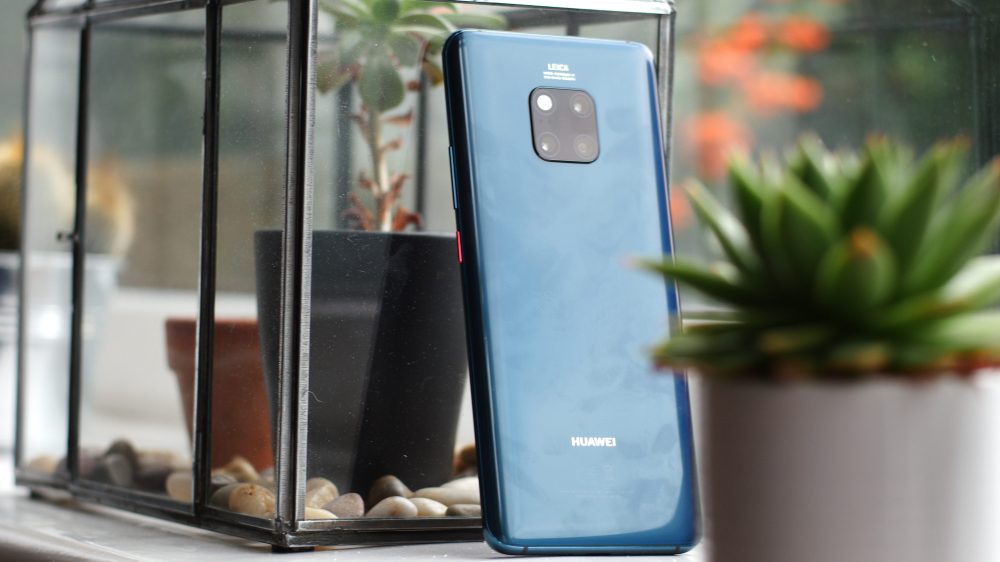 Upping the resolution to WQHD+ at least in theory shouldn’t be a problem thanks to a combination of battery-based additions to the Huawei Mate 20 Pro. For starters, it comes with one of the biggest batteries on the market, measuring in at a huge 4200mAh. The other truly impressive claim is that of the 40W fast charger — which comes in the box — which can take the Mate 20 Pro battery from 0% to 70% in around 30 minutes.

Then there’s the ability to use reverse wireless charging to power other devices. It’s a really brash statement in some regards — Huawei is basically saying that they have the best battery with its inclusion. In practice it works well, it might mean you only need to take one charger to keep multiple devices powered up — i.e. plugging the Mate 20 Pro into the wall outlet and then placing a secondary device to charge on top overnight for two devices charged via the one adapter.

Round back my Emerald Green model has a textured glass back that feels great when gripped, although there is a clear case included in the box for extra protection. I didn’t initially like the ideal of the square camera notch, but it’s actually pretty awesome in real life. It’s clearly well thought out and sets the device apart from the crowd at first glance. From the back view alone, this is a unique looking Huawei smartphone — which we’ve not always been able to say. 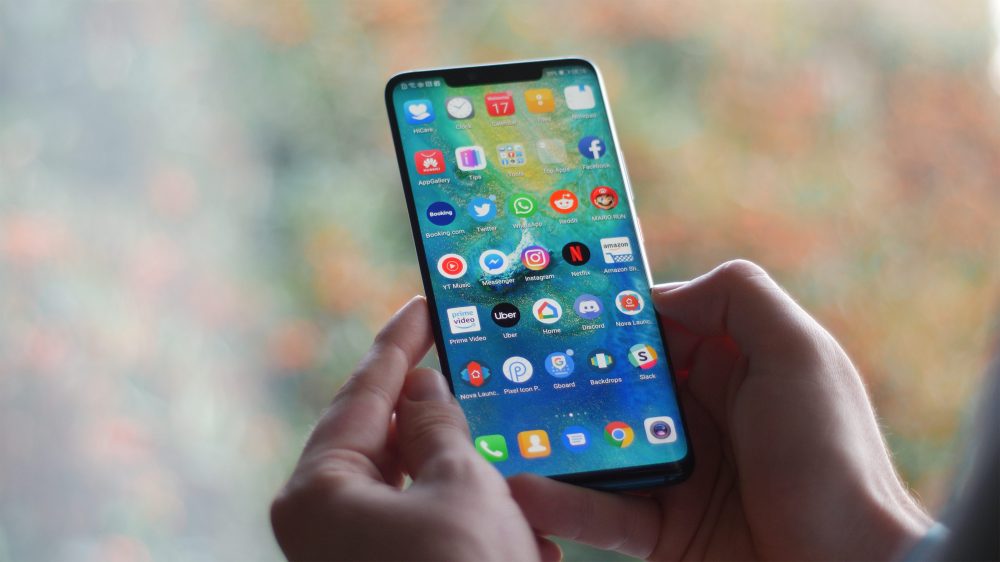 I was worried prior to the event that the Huawei Mate 20 Pro would run Android 8.0 Oreo out of the box, but the inclusion of Android 9.0 Pie was just the news I wanted to hear from Richard Yu during the keynote. It’s heavily skinned with Huawei’s EMUI 9.0 on top, which, I’m going to be honest, is still terrible. That said, it does run super quick and the gesture navigation — although not perfect — reacts and runs exceptionally. I will likely head back to having on-screen navigation controls, as I have found that certain apps with sidebar menus don’t work so well with the swipe-in from the left — which takes you back via EMUI gesture navigation.

The icons are just terrible too, Huawei really needs to get away from the weird iPhone aesthetic they seem to have enveloped in the past and just refresh the icons, or alternatively just use the stock Android icon sets — which are arguably much better designed and crafted. I’ll be sticking a third-party launcher on the phone as soon as possible. 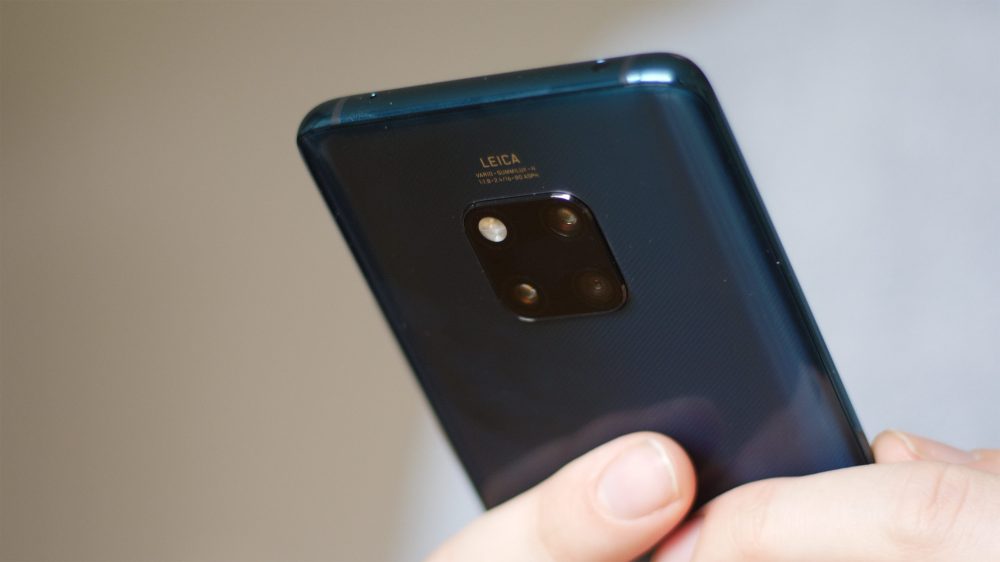 Wow — that is all I can say so far about this camera. The camera experience is pretty awful… I detest the UI look and feel, but it is easy enough to navigate. Even without the slew of new features, the camera produces some exceptional results, but it’s the Night Mode that has impressed me the most. I’ve only taken a handful of photos so far, but the 5-second exposure unleashes this beast camera setup and then produces insanely detailed night shots.

Expect to see more examples and comparisons in the coming weeks, we’re excited to see how this stacks up against the Pixel 3 devices — and that Night Sight mode. In fact, I’m excited to see if I can install the Google Camera .apk and get it tested on this device soon. 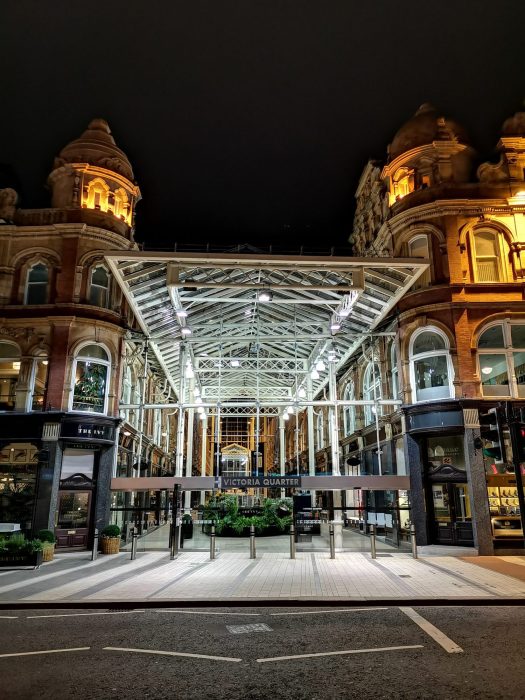 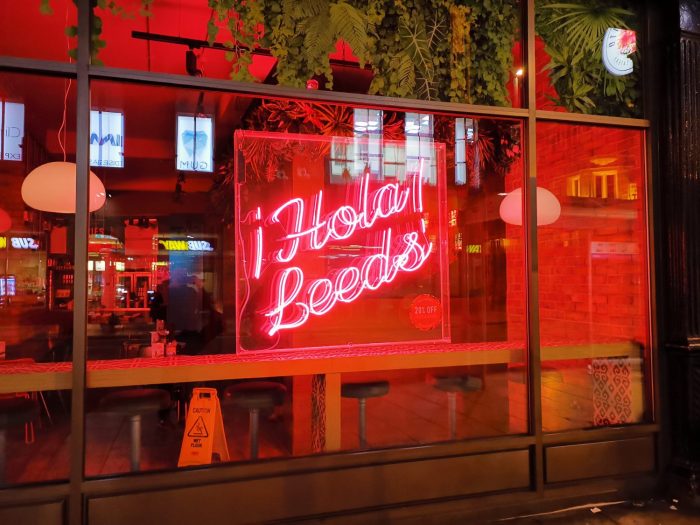 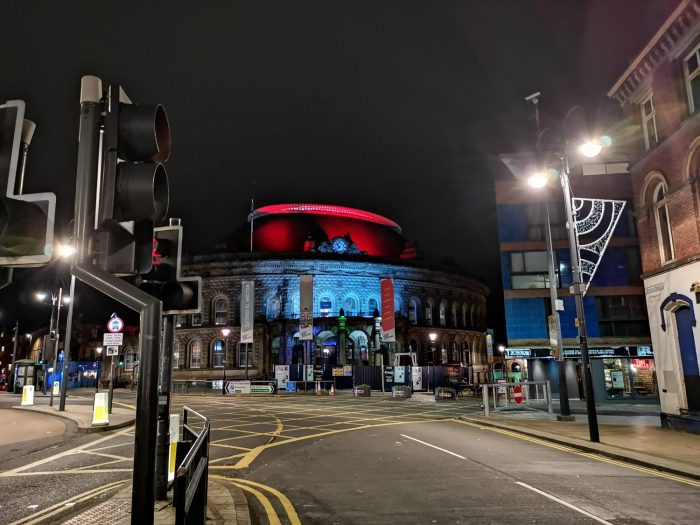 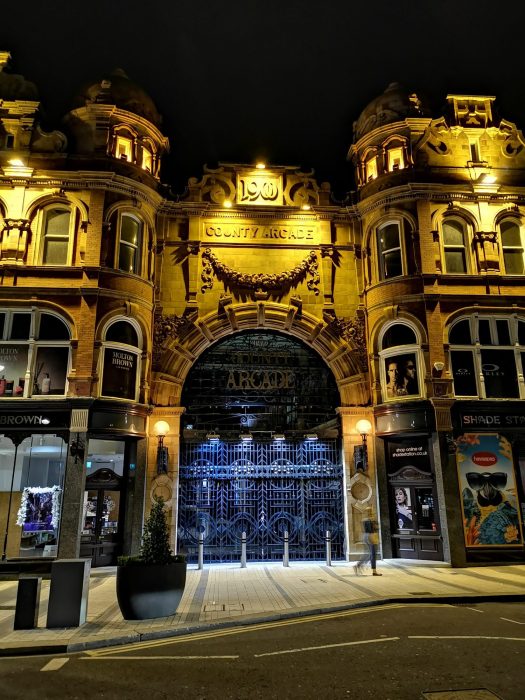 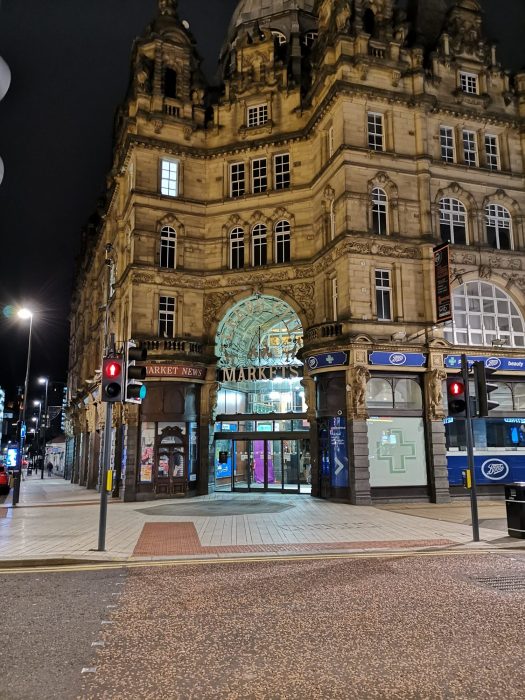 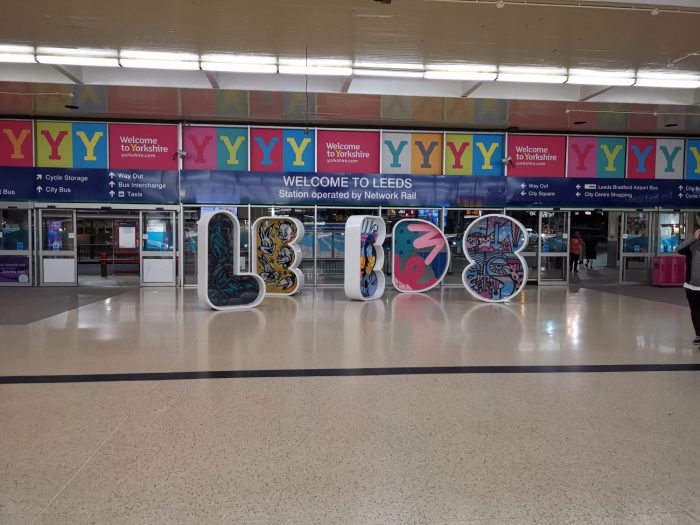 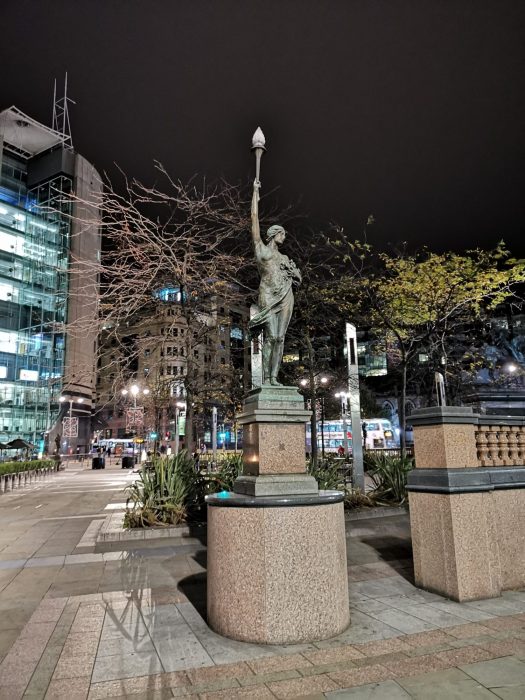 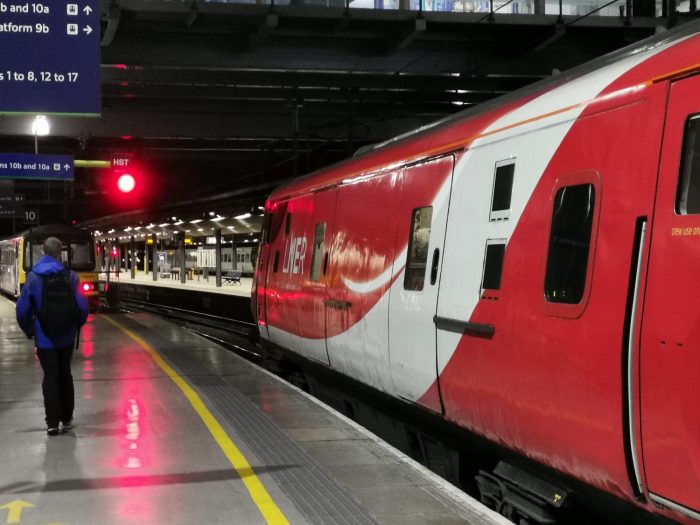 Huawei has come out all guns blazing with the Mate 20 Pro, it literally has almost anything and everything you would expect to find in an array of smartphones. I wish they could have maybe toned down EMUI a little more, but at least it does run Android 9.0 Pie right out of the box. The design is so much more appealing in person than in renders or press images — which is almost always the case with most smartphones. I’ll save my overall judgement for the full review, but my first impressions are that this could definitely be one of the most unexpected smartphones of the year.

Of course, that is all determined by pricing and availability, but Huawei has clearly decided that an ‘everything including the kitchen sink’ approach to their flagships might be the way to tempt even more buyers globally — and I’d be inclined to agree.

We’d love to know what you think. Would you cop the Huawei Mate 20 Pro if it goes on sale in the US later this year or early next year? Let us know in the comments section below and stick around for in-depth camera comparisons with all of the biggest flagships of 2018 and beyond.