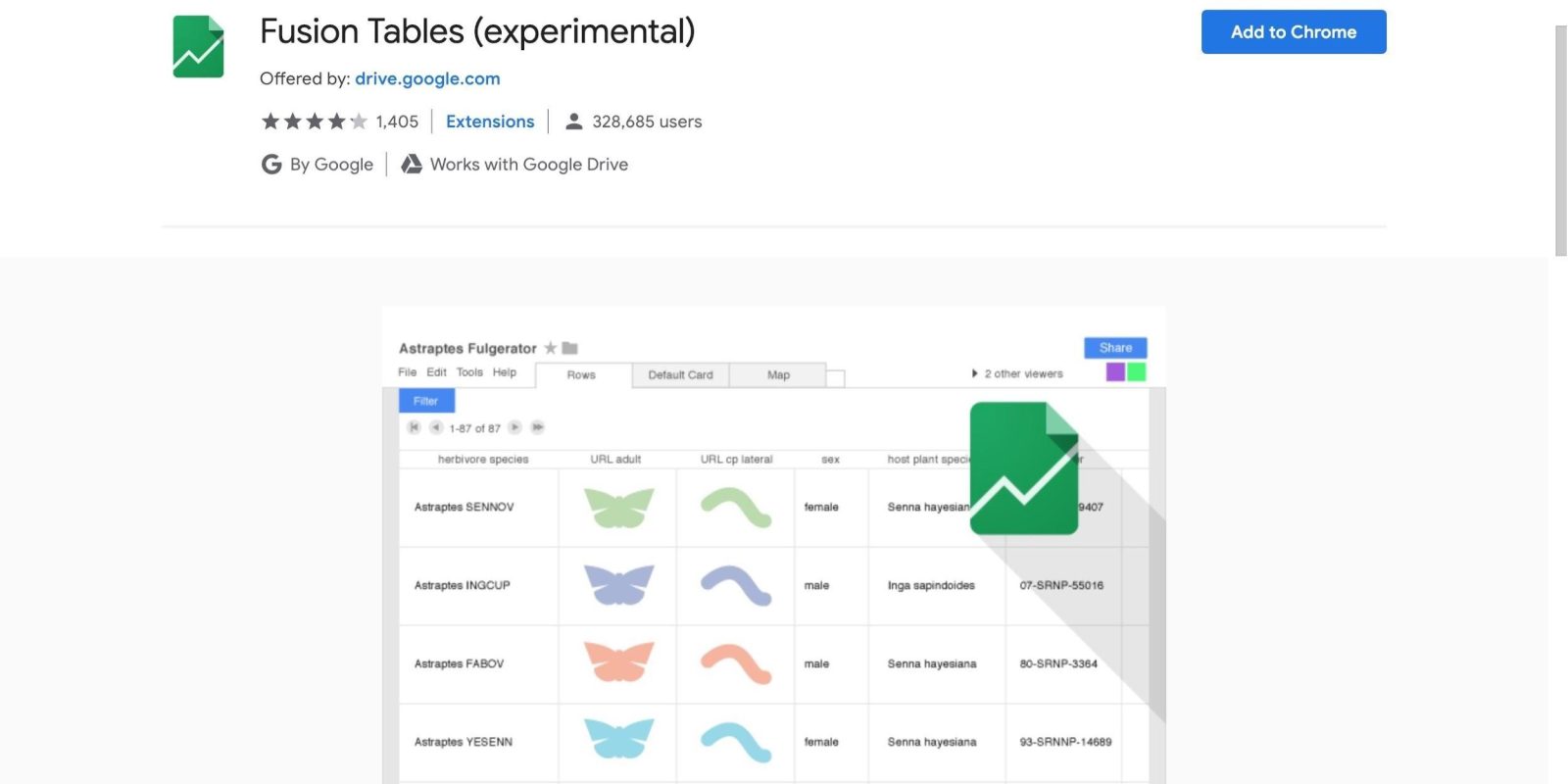 Launched in 2009 under Google Labs, Fusion Tables is a tool used by data scientists and other researches to visualize large datasets. Google today announced that its web-based visualization service is shutting down next December.

Starting as a research project, Google Fusion Tables later became an experimental product for data visualization on the web. Users could collate together large data sets with hundreds of thousands of rows and then chart them via a map, network graph, or other custom layout. Information could be combined from multiple sources, including public datasets.

Like other Google Drive applications, users could collaborate, with sharing options including embedding into a site. Meanwhile, a Fusion Tables API allowed more developer access to data.

For a long time, it was one of the few free tools for easily visualizing large datasets, especially on a map. Since then, Google has developed several alternatives, providing deeper experiences in more specialized domains.

After a decade, Google Fusion Tables will shutdown on December 3, 2019. Google notes a list of alternatives, with this deprecation aimed at “focusing [its] efforts” on the other existing products.

We plan to turn down Fusion Tables and the API on December 3, 2019. Embedded Fusion Tables visualizations—maps, charts, tables and cards—will also stop working that day. Maps using the Fusion Tables Layer in the Maps JavaScript API v3.37 will start to see errors in August 2019.

Google cites BigQuery, Cloud SQL, Sheets, and Data Studio as possible replacements, while teasing that it’s planning on opening up other internal tools for creating visualizations to the public.

Coming soon – Teams at Google have developed internal tools that can create powerful map visualizations. We are working to make some of these tools publicly available and will have more to share in the coming months—sign up to stay in touch.