Last year, Google Chrome launched picture-in-picture support for videos, allowing users to watch YouTube videos and more while doing other tasks. However, we all know that many, if not most, videos online have ads attached. In Chrome’s current version of picture-in-picture, the usual “Skip ad” is unavailable, making these ads unskippable without going back to the video’s main tab. A new commit shows that this will not be the case for much longer.

A new code change, found on Chromium’s Gerrit source code management by the folks at Chrome Story, clearly tells us that Chrome’s picture-in-picture mode is getting the possibility for a “Skip ad” button soon.

The commit, created by well-known member of the Chrome team, François Beaufort, allows web developers to include a “skipad” media playback action. Whether or not this action is included tells Chrome whether or not to show its new “Skip ad” button on the picture-in-picture video. Clicking the button will notify an action handler that will do the work of skipping the ad.

Because this will require a change by web developers, it’s likely we won’t see “Skip ad” appear on websites beyond YouTube, for at least a few weeks after this change arrives. It’s also quite possible that some websites may leave this intentionally unavailable.

In the commit description, a set of screenshots were included, showing us how we can expect the new “Skip ad” button to look. 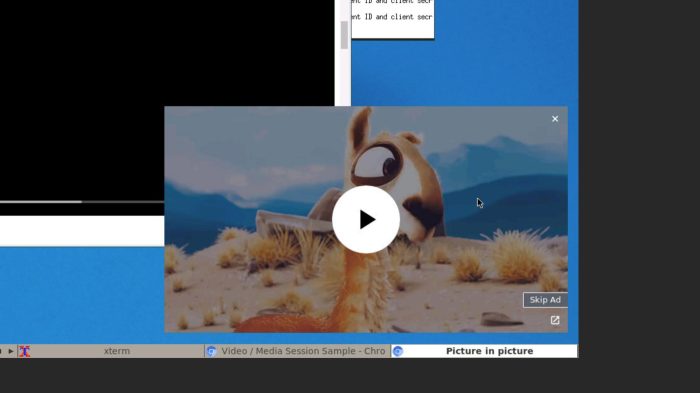