Google Chrome now supports picture-in-picture video by default, here’s how to use it 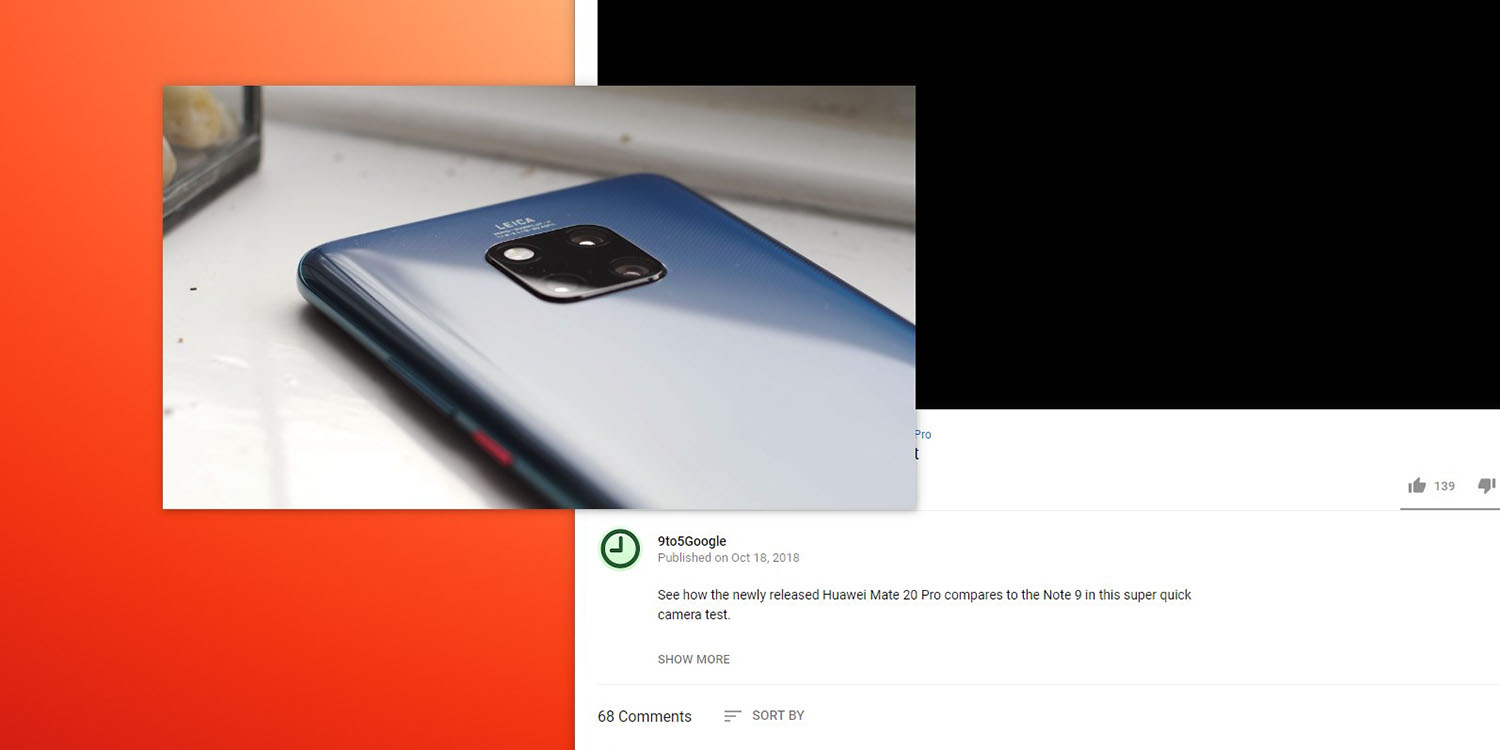 We’ve been seeing bits and pieces of Google working on an official picture-in-picture mode for Google Chrome, but the final product has been nowhere to be seen. Today, a Google developer has taken to the company’s dying social network to announce that Chrome picture-in-picture is now enabled by default. Here’s how to use it.

Google Chrome developer François Beaufort announced via a post on Google+ today that Chrome’s picture-in-picture mode is now live for all users on Windows, macOS, and Linux. This mode, like its mobile counterparts, throws video playback into a floating resizable window that appears on top of everything else on your screen. This allows playback to continue in the foreground while you continue using other sites and doing other tasks.

Unlike YouTube’s built-in miniplayer, Chrome picture-in-picture allows that video to play not just on YouTube’s site, but also on top of everything on your system. This means you can use entirely different programs while still leaving the video in view.

Further, this functionality is available beyond just YouTube. With the help of a Chrome extension, users can take advantage of Chrome picture-in-picture using any video on the web. When in picture-in-picture, a video has simple play/pause functions, as well as a button to close. At the moment, there are no seeking controls. As a note, the video must be actively playing for picture-in-picture to work at all.

Chrome picture-in-picture is now enabled by default for all users on Windows, macOS, and Linux. If you don’t see the option just yet, trying relaunching the browser and ensuring you are running the latest version. This functionality has been enabled since Chrome 69.

How to use Chrome picture-in-picture videos

One of the easiest places to take advantage of Chrome picture-in-picture is on YouTube. Simply right-click on the video once to open the player menu, then right-click again to pull up Chrome’s menu. Here, you should see a “picture-in-picture” option which, when selected, will launch the video in the floating window. 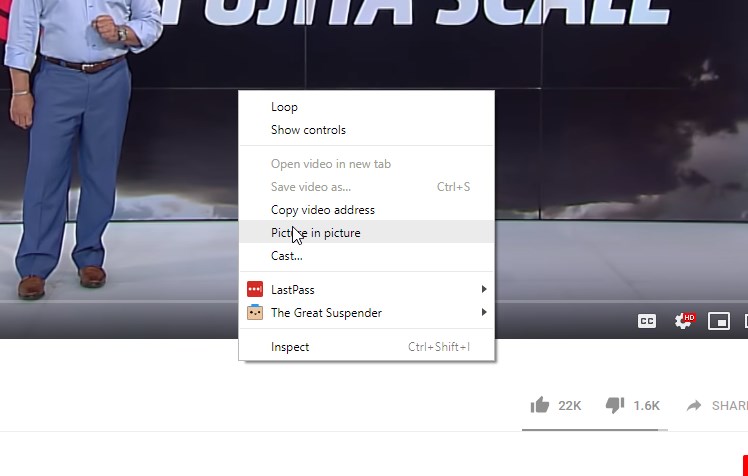 To use Chrome picture-in-picture on other websites, you’ll need to install the picture-in-picture extension from the Chrome Web Store. Once installed, you should see the PiP icon in Chrome’s toolbar. Pressing that icon when on a video site will throw that video into a floating window. This will work with just about any website, although some will still support YouTube’s method of right-clicking on the player.