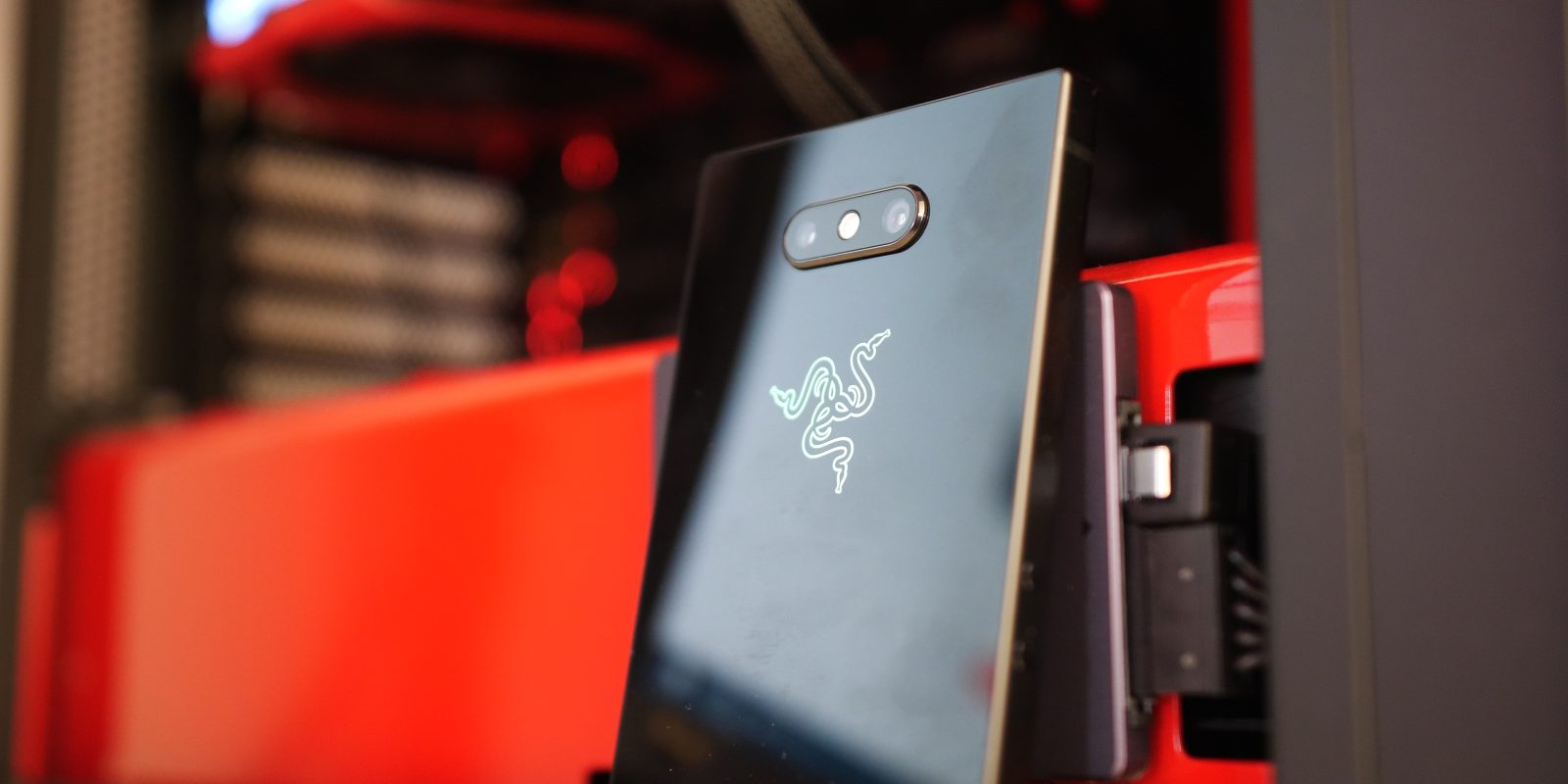 The smartphone industry has certain trends and traits that come and go. The Razer Phone 2 is part of what was the growing, but now shrinking gaming phone trend.

With vast portions of the planet glued to their phones and many with their device as their sole piece of tech, gaming was always going to play a major part on mobile devices.

Primarily a gaming laptop and peripheral manufacturer, when Razer opted to buy out Nextbit in 2017 to focus on the mobile space, all looked rosy.

We’ve since seen Razer opt to discontinue their gaming phone line, but where does that leave the Razer Phone 2? Is it merely a footnote in the smartphone space or arguably the best of a breed of gaming phones that really don’t offer much more than similarly specced flagships?

While the internals of the Razer Phone 2 don’t really differ too much from devices such as the OnePlus 6 or 6T, the design really does single this device out from the crowd of almost bezel-free handsets with notched or punch-hole displays. Externally it doesn’t even differentiate itself from the original Razer Phone all that much save a glass back that now allows for wireless charging.

Clearly, the acquisition of Nextbit affected the overall design of the original Razer Phone. Like the similarly ill-fated Nextbit Robin, the device is a blocky handset that has dual front-facing speakers topping and tailing the sizeable 5.7-inch display. That display has a somewhat dated 16:9 aspect ratio display.

The boxy design most definitely breaks the current mold of smartphones or at least it has since we’ve seen smartphones adopt an elongated aesthetic. I think it’s kind of refreshing to see a genuine cuboid-shaped handset. The flat edges and slightly softened corners are at odds with the rest of the industry. Like any Razer product, the edgy ‘gamer’ design is cast aside in favor of sleeker lines. 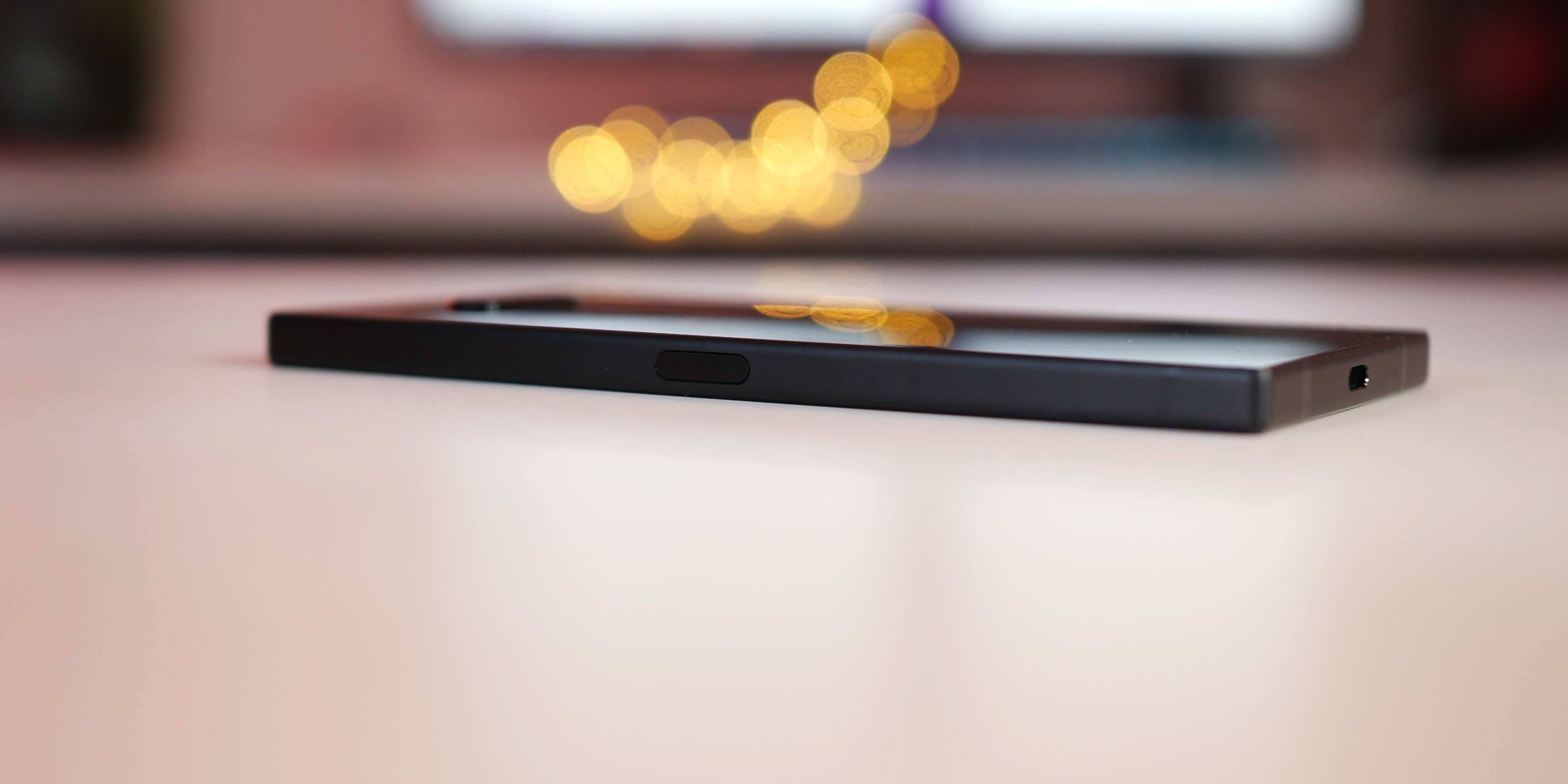 Round the back is one of the few outward indicators that this is a gaming phone. The glowing Razer logo — with the iconic triple-headed Boomslang snake — is a signature of the company and all of its devices and peripherals. It would be nice to see more brands adopt a glowing logo, as it’s not like devices are lacking branding. I do like this neat little tweak on this handset — more on this later.

On the edges, you’ll find slightly lower than average clicky volume controls and the sleep/wake button. This also houses a capacitive fingerprint reader, that is reasonably quick. It isn’t lightning by any stretch but it does a solid job. You do have to press the button for it to initiate though — something I did get the hang of after a few minutes wondering why it didn’t work at first.

Back to the front and the 16:9 display is flanked by two of the best speakers on a smartphone that I have ever personally experienced. The clarity, depth, bass and overall sound profile are simply stellar. It helps when playing more intense mobile games or simply when watching movies and TV shows on streaming platforms like Netflix.

I haven’t even mentioned just how fluid that display looks. It’s a 120Hz IPS LCD panel that makes the near stock software feel like it glides just that little bit faster — but the internal hardware do also help with that. Of course, that super high refresh rate is most beneficial in gaming titles that warrant it. Titles such as Player Unknown: Battlegrounds and Fortnite being prime examples. My personal opinion is that fast titles and especially the racing genre really make the most of this on the Razer Phone 2. 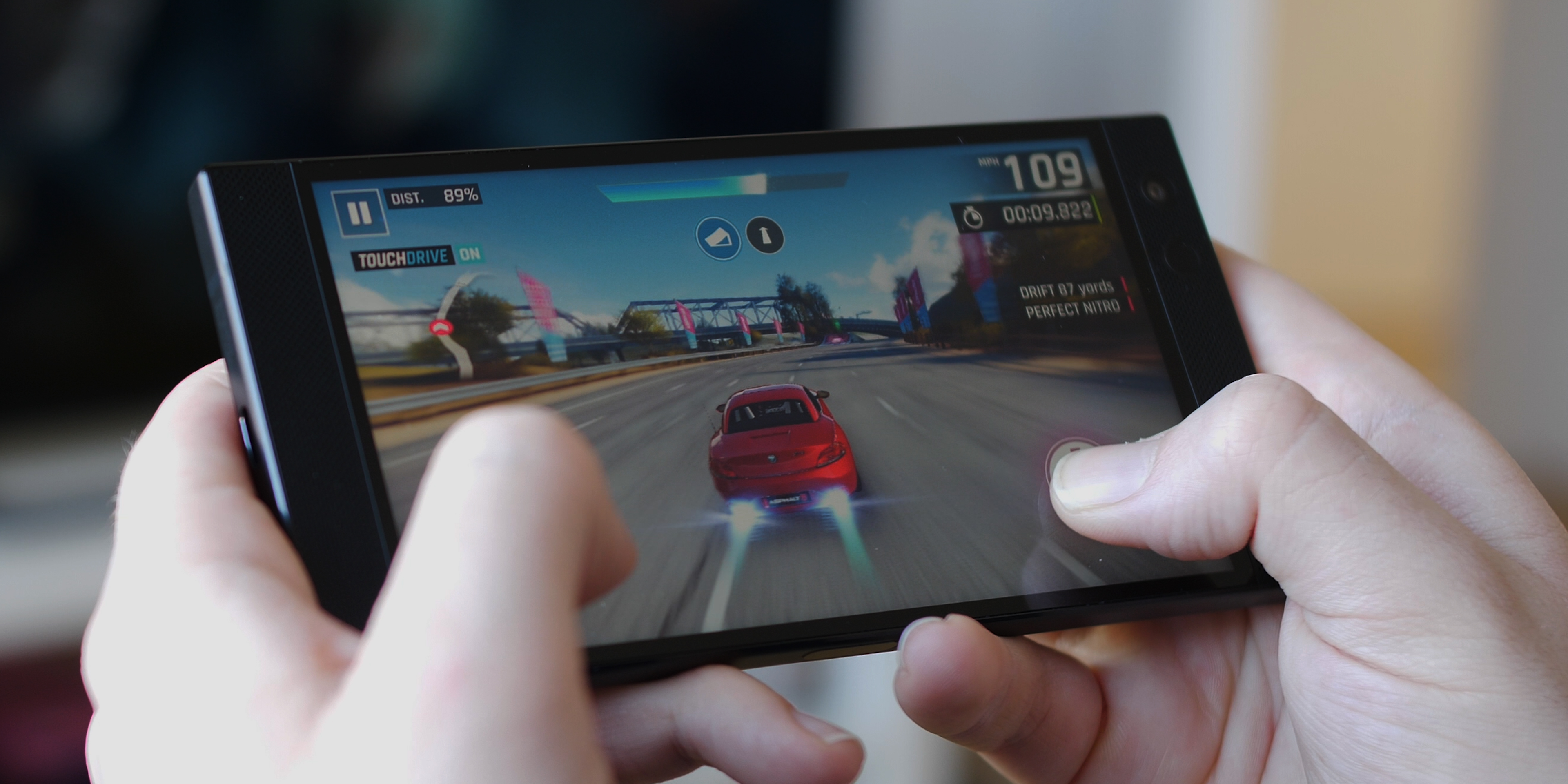 When gaming the shape of the handset lends itself well to really gripping the device. The edges are great for really nestling the Razer Phone into your palms, although I would say longer periods did start to irritate my grip. I’ll put that down to the fact that I do have oversized mitts but it’s one thing to note. The back glass also doesn’t help with its slippery encasing, but that can be remedied with a case.

The internals are pretty standard 2018 flagship fare. You’ll find that Snapdragon 845 chipset paired with 8GB of RAM for slightly more grunt. It’s essentially just what you can find in the rival Red Mars Magic gaming phone — except that costs a heck of a lot less than the Razer option.

I was a little disappointed by the lack of storage. 64GB of internal storage feels a little bit paltry by today’s standards. If you were hoping for microSD card expansion to alleviate this storage pressure, you will be happy to hear that it is included. That said, when games are growing in size year-on-year, it might be an essential addition to this device. 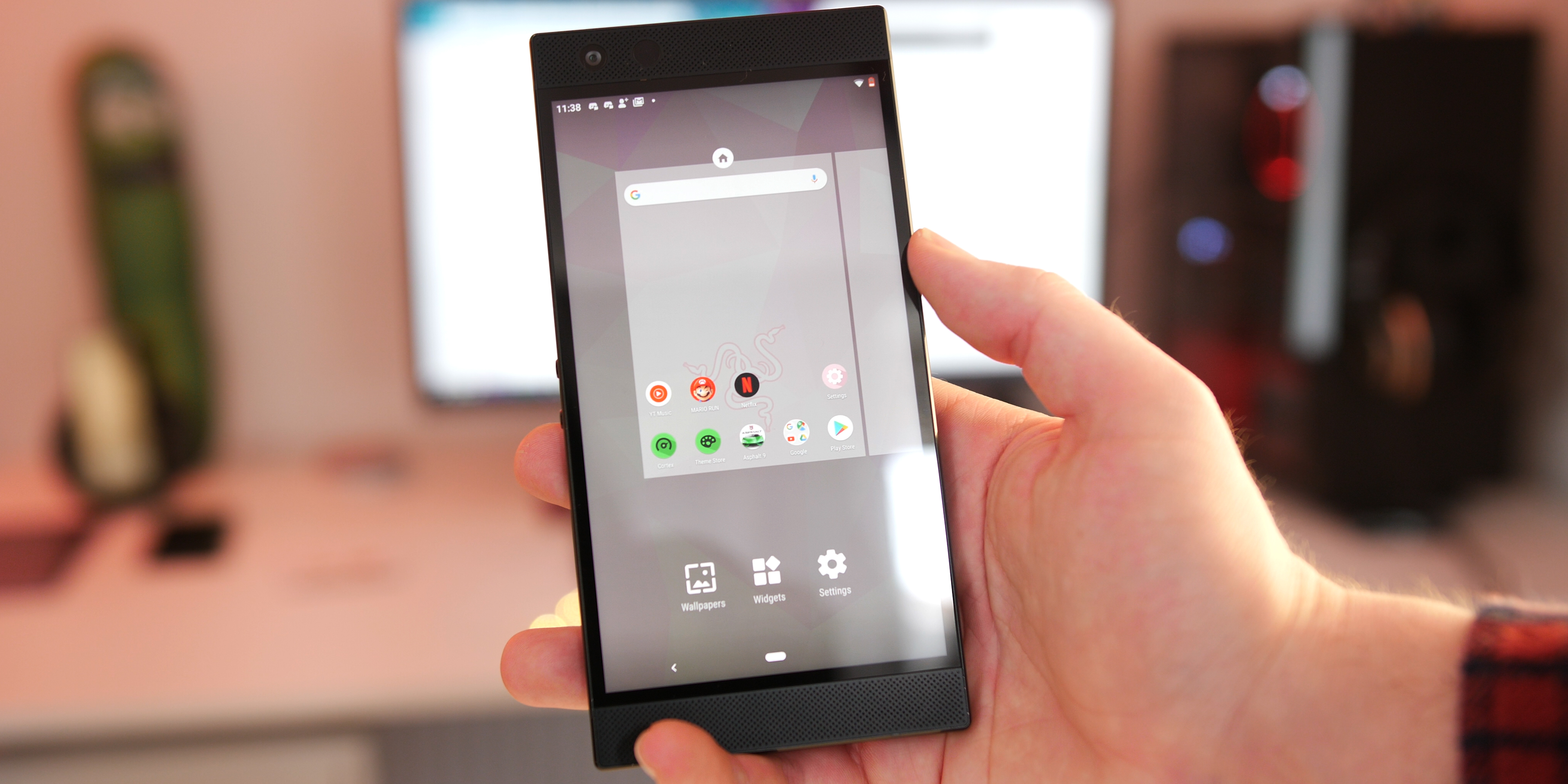 The fact that this is a pretty stacked handset in the internal hardware department means that performance is expectedly zippy. The Snapdragon 845 is still a superb processor despite the Snapdragon 855 being the newer, more powerful chip.

We’ve also seen the device recently get the full Android Pie update treatment, and having such a lightweight alteration over stock-Android, the device performs exceptionally well.

It’s worth noting that the Razer Phone 2 does come with Nova Launcher pre-installed and set as the default home option. If you are a fan — like I am — this is a welcome inclusion and it does help give you the impression that this handset is even faster than it actually is. Everywhere else it feels eerily similar to the Pixel 3 in terms of overall experience, but that 120Hz display does aid the feeling of overall fluidity. 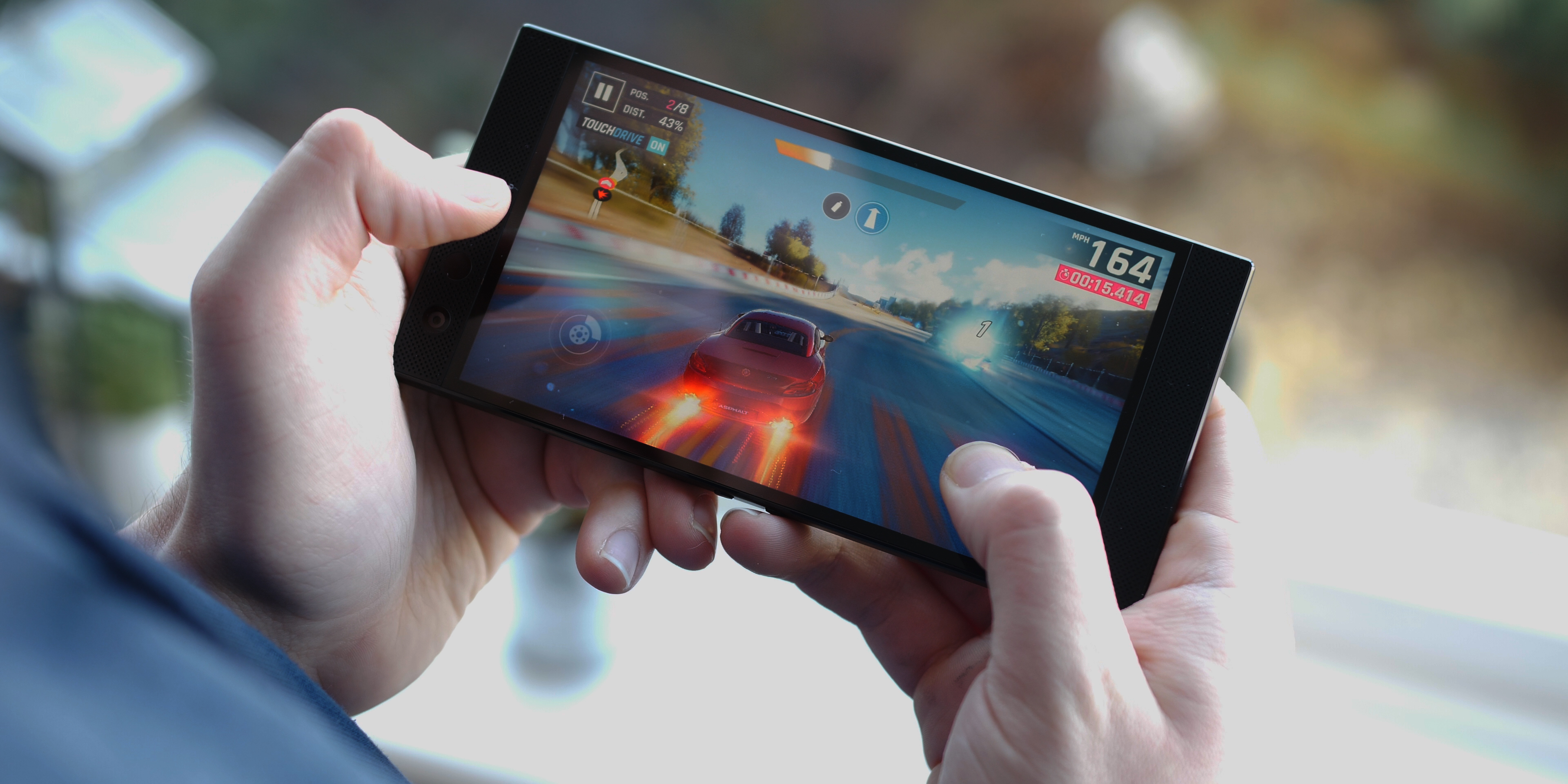 As far as mobile gaming experiences go, I must say, the Razer Phone 2 is the single best gaming experience I have had. That said, the ASUS Rog Phone is a device that I would have to compare against to really better understand which is the true King of the Android gaming realm — my money would still be on the Razer.

With a 4,000mAh battery, this is a handset that in general use lasts an awfully long time without really being a concern. Gaming though is another matter entirely. When you really start to push the pixels around in 3D titles for extended periods it does start to creak. But with that said, it proves to be the same case for almost every other handset on the market.

I’m not sure if an OLED display would have made any difference to the overall battery life. Even with intermittent gaming on one of the few titles that I play or test during review periods — Asphalt 9 — I was never really left wanting in the battery stakes. 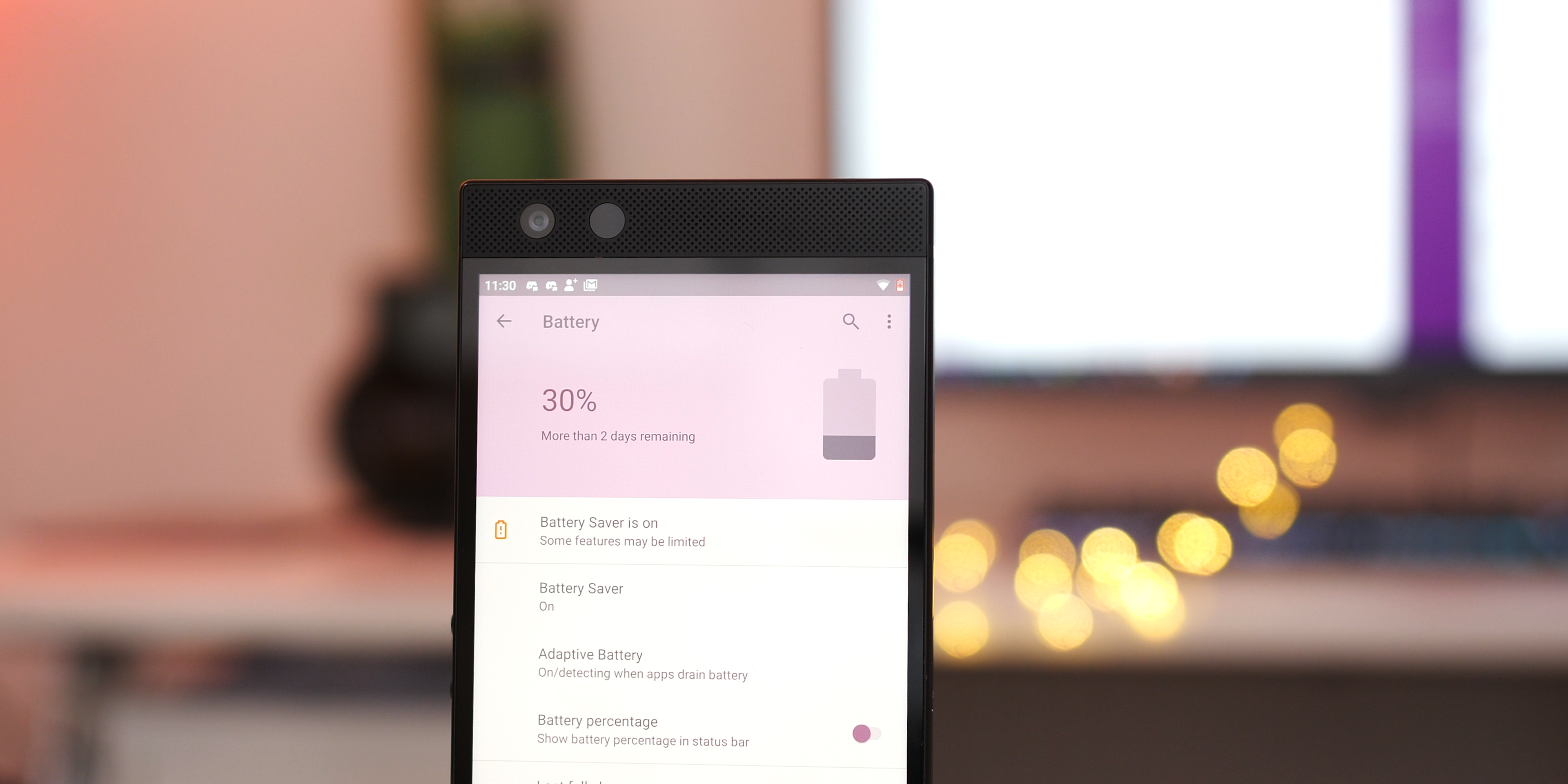 What I will say is that I instantly disabled the eye-catching glowing RGB logo around back. I found that although I love it and want to see more of them on phones in future, it really does massively affect the battery. Keeping it on at all times can decrease your battery significantly. You can combat it by having the RGB lighting only enabled when using your phone but I simply turned it off to avoid any major battery loss.

I found that my wireless charger of choice didn’t seem to top up that big battery quite as quick as I had hoped. I remedied that simply by sticking to the in-the-box included fast charger. It’s also worth noting that the Pixel 3 fast charger works just as well with this device as the one bundled in the box — if not faster. 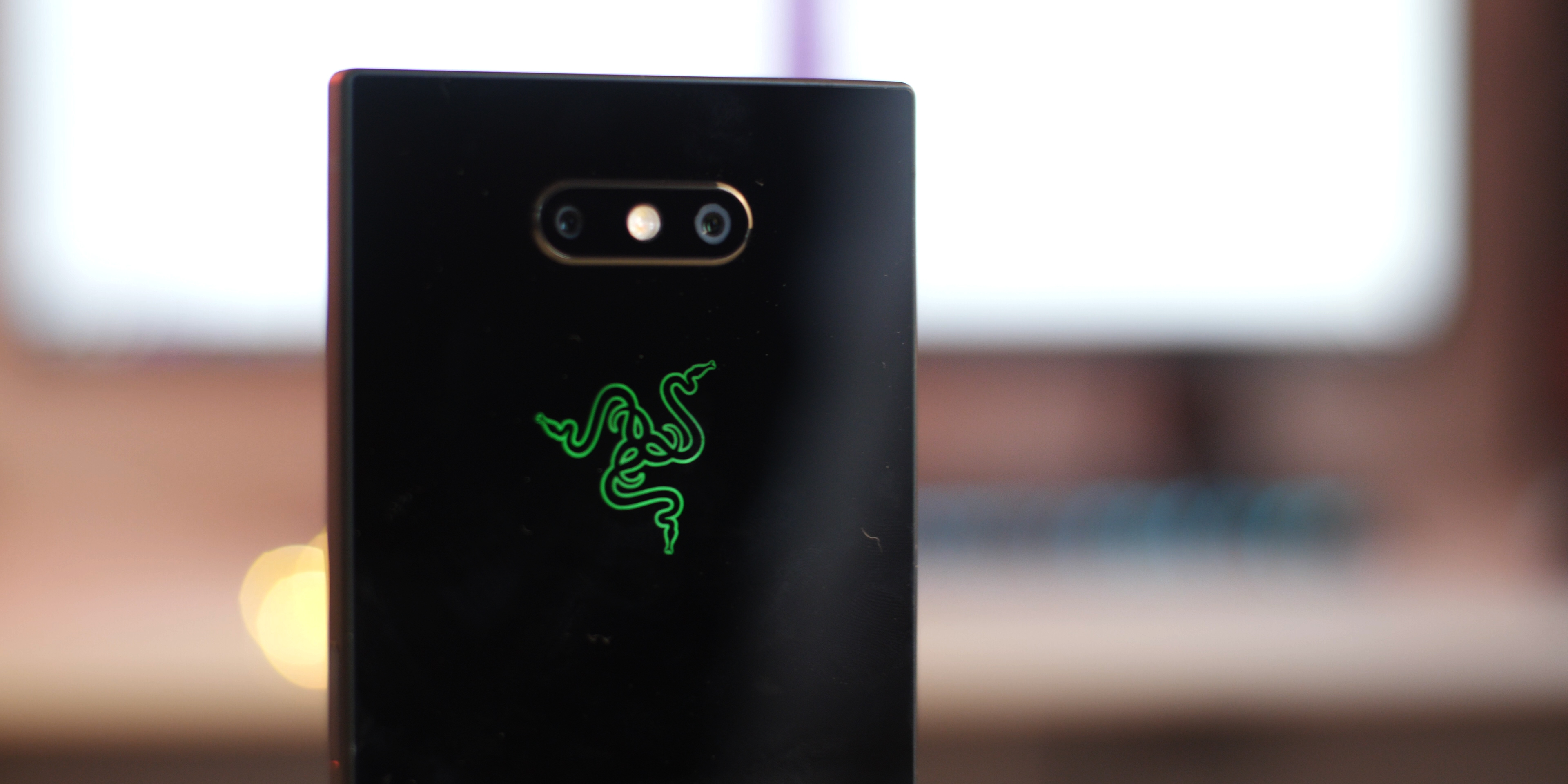 I didn’t expect solid camera performance, but still left disappointed. The Razer Phone 2 really doesn’t have a good camera — that is the crux of it. If you’re interested in the specifications, you get dual 12-megapixel rear-facing cameras. One at f/1.75, whereas the other — a telephoto lens — has an f/2.6 aperture. Overall, the combination sounds pretty standard but the quality leaves a lot to be desired.

It’s not that the images have bad traits, it’s just that I found them to be a tad soft when used to seeing quality on similarly priced devices. You can get much better results by installing a GCam ported .apk file, but that shouldn’t really be the solution to poor camera performance on every device that has middling performance — should it?

Video can be captured at up to 4K 60FPS, giving you the option for slow motion. That isn’t a massive inclusion but one that I didn’t actually anticipate. Any footage recorded will be shaky at best without OIS, but then again this is a gaming phone after all and not one made for photography/videography.

Low-light photography is a complete no go, you do need solid lighting to get the most out of the camera.

The entire gaming phone market is based upon the premise that we want an entire phone dedicated to playing the best that Android has to offer almost exclusively. I’ve used a few dedicated gaming handsets and although they do offer something unique each time, they simply don’t do a great deal better than a similarly priced ‘normal’ phone.

If we ever see a hardware fork for dedicated mobile gaming CPUs, then maybe gaming phones might have a bigger, brighter future. As it stands though, the supposed improved cooling and dedicated designs meant to improve the overall experience don’t move the needle that much. That isn’t even factoring in the scalability of Android games themselves.

Are developers willing to develop their games for optimum performance on a pretty small number of dedicated handsets? This seems unlikely when most flagships have such similar, almost catch-all hardware. If you are an ardent mobile gamer, are you also willing to make many compromises just to play certain games that can be played on almost all top-tier handsets? 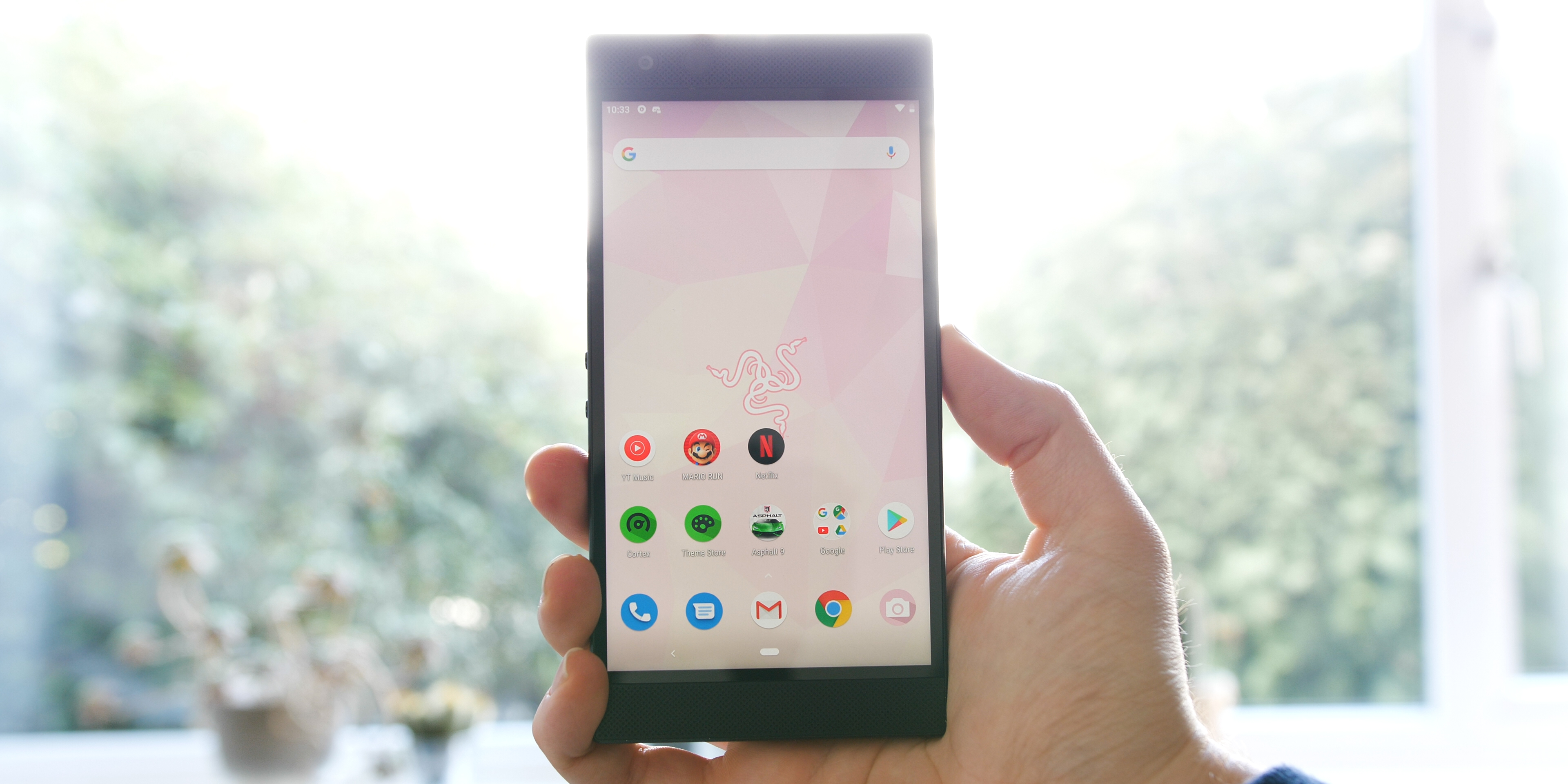 The Razer Phone 2 is a stellar mobile multimedia device. Even with a somewhat outdated 16:9 display it’s great as most content is still catered to the aspect ratio — especially YouTube. I will miss the speakers and I do really like the blocky design for some strange reason.

My biggest issue is that devices like the OnePlus 6T make recommending the Razer Phone 2 just that little bit harder. The 6T can have more RAM, includes the exact same chipset and has a dedicated gaming mode that enhances many of the games you’ll play regardless. It also happens to have Android Pie, a lightweight skin, and exceptional battery life. Plus the advantage of faster charge speeds.

That doesn’t even factor in the potential for a lack of future support given that Razer has cancelled future smartphones and laid off some phone-specific staff. It feels like a risky purchase because of this, but credit to Razer, they have pushed the Android Pie update for the device and it is much cheaper now than at launch — at under $500 on Amazon — for one heck of an entertainment-focused handset.