You’ve probably never heard of it, but Google announced that it is shutting down another app today. This one was called “Follow Your World”, and it launched many years ago to allow you to track new satellite imagery in Maps.

Follow Your World was pretty simple. Every time Google updated its satellite imagery for the places you selected in the app, it would send you a notification letting you know about the new imagery.

Here’s what Google says you should do if you were an avid Follow Your World user:

Explore a map of new 3D coverage in Google Earth–and coming soon, a map of new 2D coverage–or subscribe to Earth on Medium for periodic imagery updates. We’d also love to hear from you: Submit feedback via the Earth app, Google Play or the App Store, and tell us where you’d like to see an imagery refresh along with a screenshot centered on your area of interest. We use this feedback to help inform where to refresh our imagery in the future. 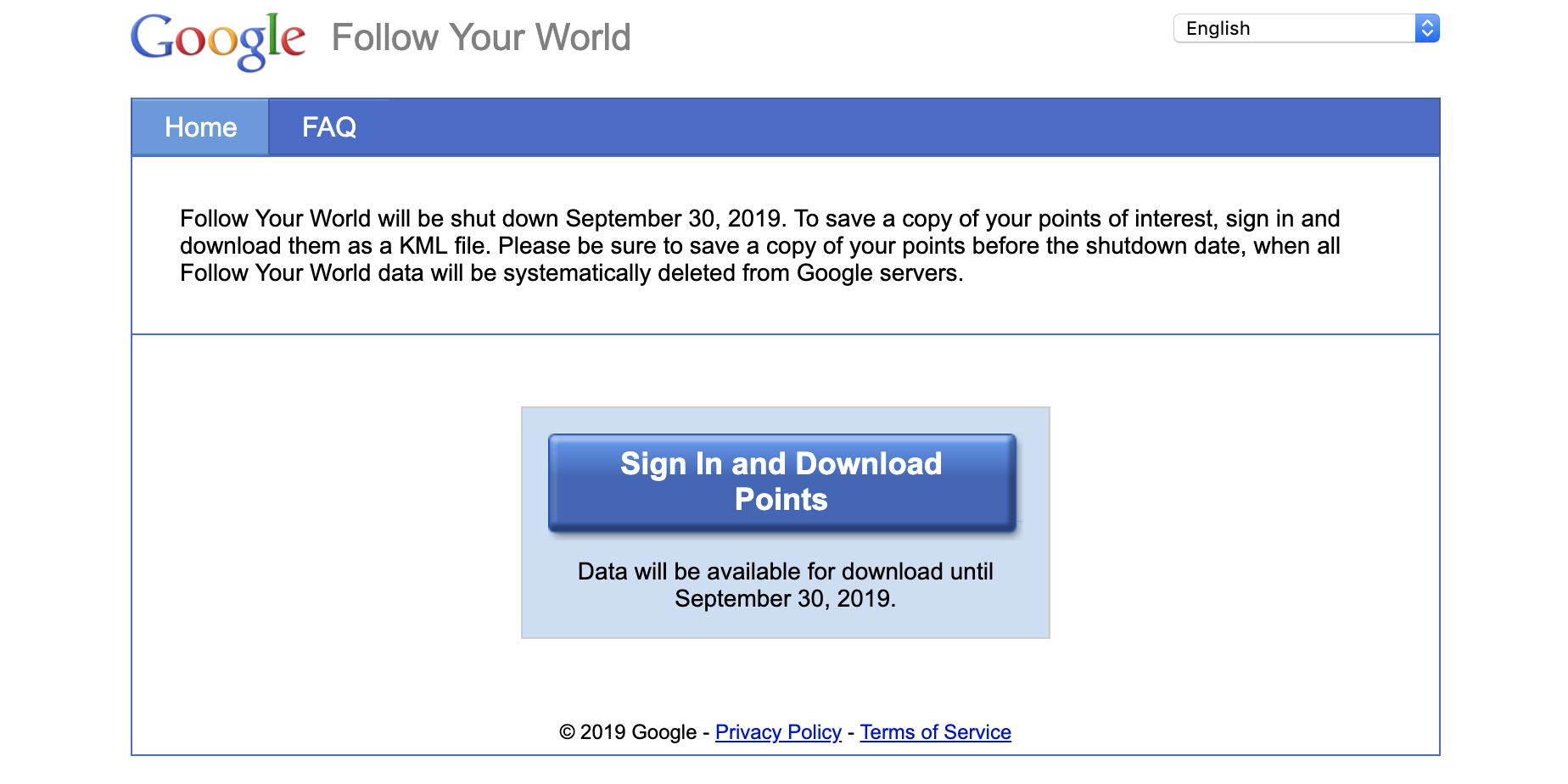 Why is it going away, you ask? Here’s the word from Google’s mouth:

For a long time, it was one of the only tools to help users figure out what’s new. Since then, we’ve developed new ways for you to stay informed and tell us where you’d like to see new imagery–read about them below.

As Google notes, the app is being shuttered for good on September 30, 2019. Until then, the company is offering the opportunity for users to download their points of interest as a KML file.