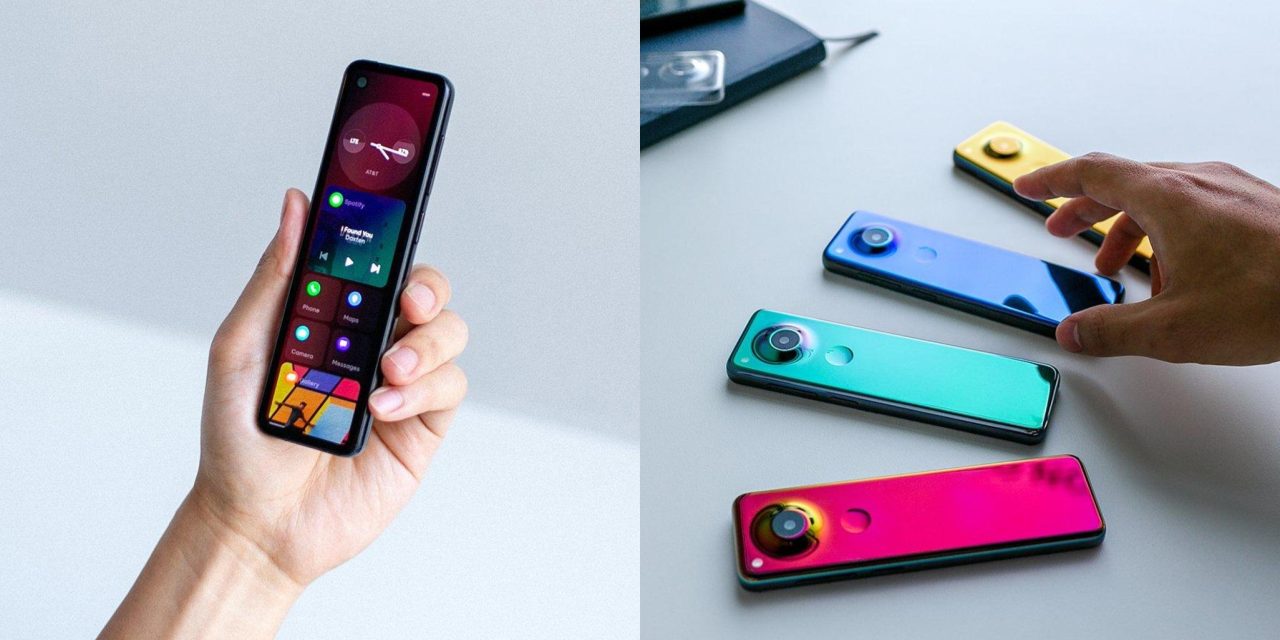 Last month, Essential confirmed that its second device is “in testing” as some specs emerged. CEO Andy Rubin today shared some wild images of a very narrow candy bar-style touchscreen prototype that could be the next Essential Phone.

This afternoon, Rubin tweeted a series of pictures and video showing a narrow touchscreen that, frankly, looks like a remote. There is a front-facing hole punch camera in the top-left corner with primary navigation (back button and pill) seemingly at the top instead of the bottom. A narrow bezel frames the entire screen and you can see a small speaker grill at the top edge.

We see some sort of multitasking switcher with apps like “Calendar,” “Maps,” “Weather,” and Uber. The mapping application successfully adapts to what the Essential CEO calls a “radically different formfactor.” The first-party clients are clearly custom and not stock from Google.

The rear of this next Essential Phone features a large camera up top and dimple just below, which could help grip. The right-side has a standard volume rocker and power button. There are four bright and highly reflective “Colorshift material” rears, with Rubin noting how the company is “still dialing in the colors.” Depending on the angle, there are widely different hues.

The first tweet refers to them as “GEM,” which was the codename spotted by XDA in September. Possible specs include a Qualcomm Snapdragon 730, while a range of camera sensors were identified in testing.

Essential issued a statement this afternoon that confirms the “new device” and how today’s tweets are one example of “early testing with our team outside the lab.”

We’ve been working on a new device that’s now in early testing with our team outside the lab. We look forward to sharing more in the near future.

Update: Essential on Twitter shared two more images of “Project GEM.” The first shows a highly-customized homescreen. There’s an analog clock up top that indicates network status (AT&T in this case) and battery percentage. This tile-based UI includes a music widget that shows Spotify playing and four apps: Phone, Maps, Camera, and Messages. There is a tile for Gallery with the UI reminiscent of Windows Phone.

The company frames this as a “new device to reframe your perspective on mobile.”

Editorial note: Essential was founded by Andy Rubin. At Google, he was accused of having an inappropriate relationship and other reports of sexual misconduct later emerged. Rubin has denied the accusations.