Google Doodle honors Will Rogers on his 140th birthday 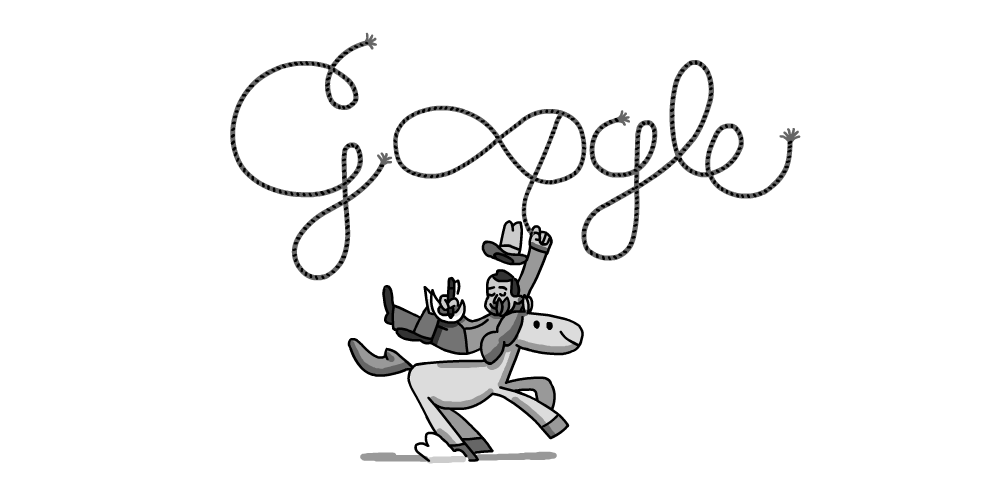 Born on this day in 1879, Will Rogers was, among many other things, an actor, columnist, and the spitting image of what most picture a cowboy to look like. His horse-riding and rope lassoing tricks combined with his intelligent writing and ever-kind heart cemented Rogers as an American icon.

To truly understand who Will Rogers was and the full impact he had on our culture — and especially that of the Cherokee Nation — be sure to check out a recent Google Arts & Culture gallery created in his honor.

This morning’s animated homepage Doodle is a perfect homage to Will Rogers’ fame as a multi-talented multi-tasker, as it features him writing while lassoing and laying on a galloping horse. While this combination of tasks may seem absurd, Google shared some photos from the Rogers’ estate, including a stunning image of Will spinning a lasso while penning something.

The Doodle was created by San Francisco artist Kevin Laughlin in partnership with the Will Rogers Memorial. When asked what inspires him about Rogers’ life, Laughlin shared his favorite quote, which speaks to the core of who Rogers was.

I deeply admire people who are able to maintain a positive view of others around them in a time of adversity. To be able to see an inherent good in everyone, enough at least to have uttered the phrase, “I never met a man I didn’t like,” Will left behind a philosophy worth aspiring to, indeed.

Laughlin shared two early drafts of today’s Doodle, which appear to have been combined to form the final image seen on the homepage.