Get the story behind Google's Doodles 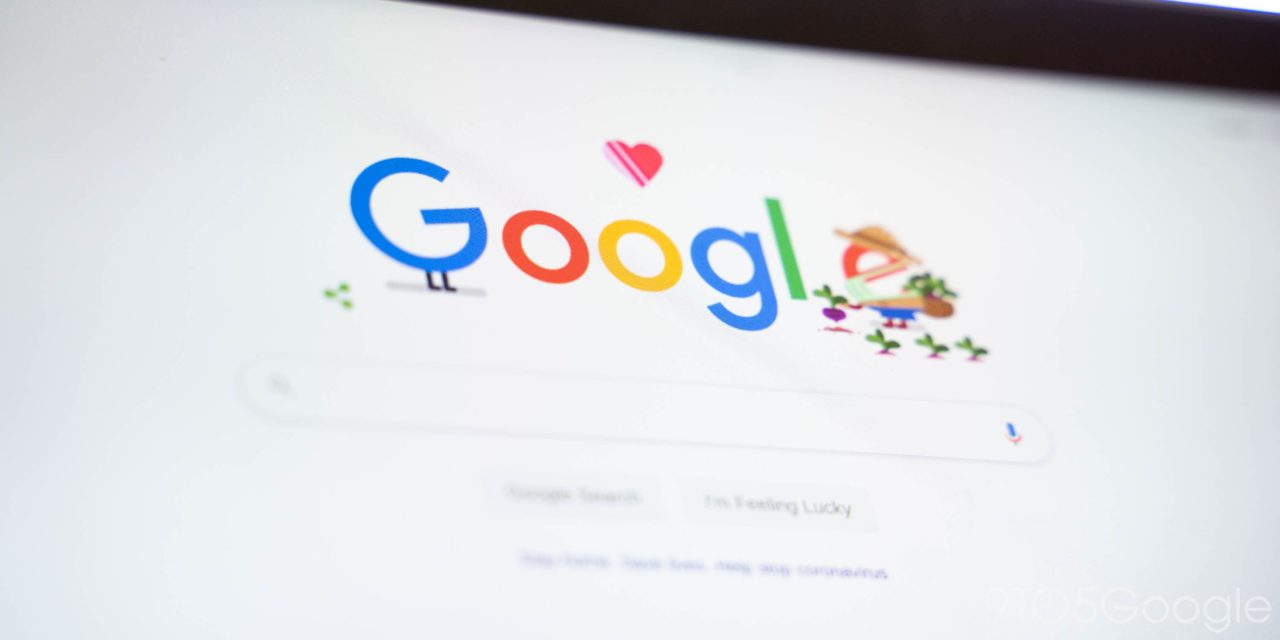 Google Doodles are a tool on the company’s homepage that are often used to highlight world issues, historic events, and celebrations around the globe.

The homepage for Google Search is one of the most-viewed web pages on the planet as it powers billions of searches on a daily basis. Right above the search box, though, Google’s logo appears, and on occasion, it’ll add something extra by using a “Doodle.” These Doodles can be as simple as additions to the traditional logo, but often go as far as completely redesigning Google’s logo with artistic creations.

When did Google Doodles start?

Google has been putting up these fun illustrations on its homepage for longer than the company has been an actual company.

Google founders Larry Page and Sergey Brin came up with the concept in 1998 when they attended the Burning Man festival in Nevada. That first Doodle was as simple as putting a stick figure — similar to the Burning Man logo — behind the second “o” to signify that the founders were “out of office.”

From there, the idea of a Google Doodle progressed. In 2000, Dennis Hwang was asked to create a doodle for Bastille Day. That doodle was so well-received by users that Google decided to put Dennis in charge of the project from that point forward, which resulted in doodles appearing on the homepage much more often.

Now, Google employs a staff of talented illustrators — called doodlers — whose entire job is to come up with the illustrations that appear on Google’s homepage all over the world.

How often does the Google Doodle change?

In the early days, Google rarely changed the Doodle on its homepage, but now, the Doodle often changes on a daily basis.

The subject of a Doodle often depends on world events. For example, in April 2020, as the coronavirus pandemic affects the entire world, Google has dedicated a two-week block of Doodles to the “essential” workers who are helping the world continue to function during the pandemic. That includes healthcare workers, janitorial staff, food workers, and many others.

More often than not, you’ll find a Google Doodle in place on a holiday. Whether it’s a worldwide holiday or a local occasion, Google will display Doodles in different regions to celebrate. Clicking on the Doodle can sometimes result in a little game or interactive object, but most of the time it just pushes users into a search about that specific topic. Some notable doodles from 2020 so far include:

From time to time, Doodles can also appear based on ideas from users or even from contests. On a yearly basis, the “Doodle for Google” contest offers a theme and asks for submissions from K-12 students. Later in the year, Google picks a winner and their illustration is displayed on the homepage for the world to see! 2020’s theme is “I show kindness by…” 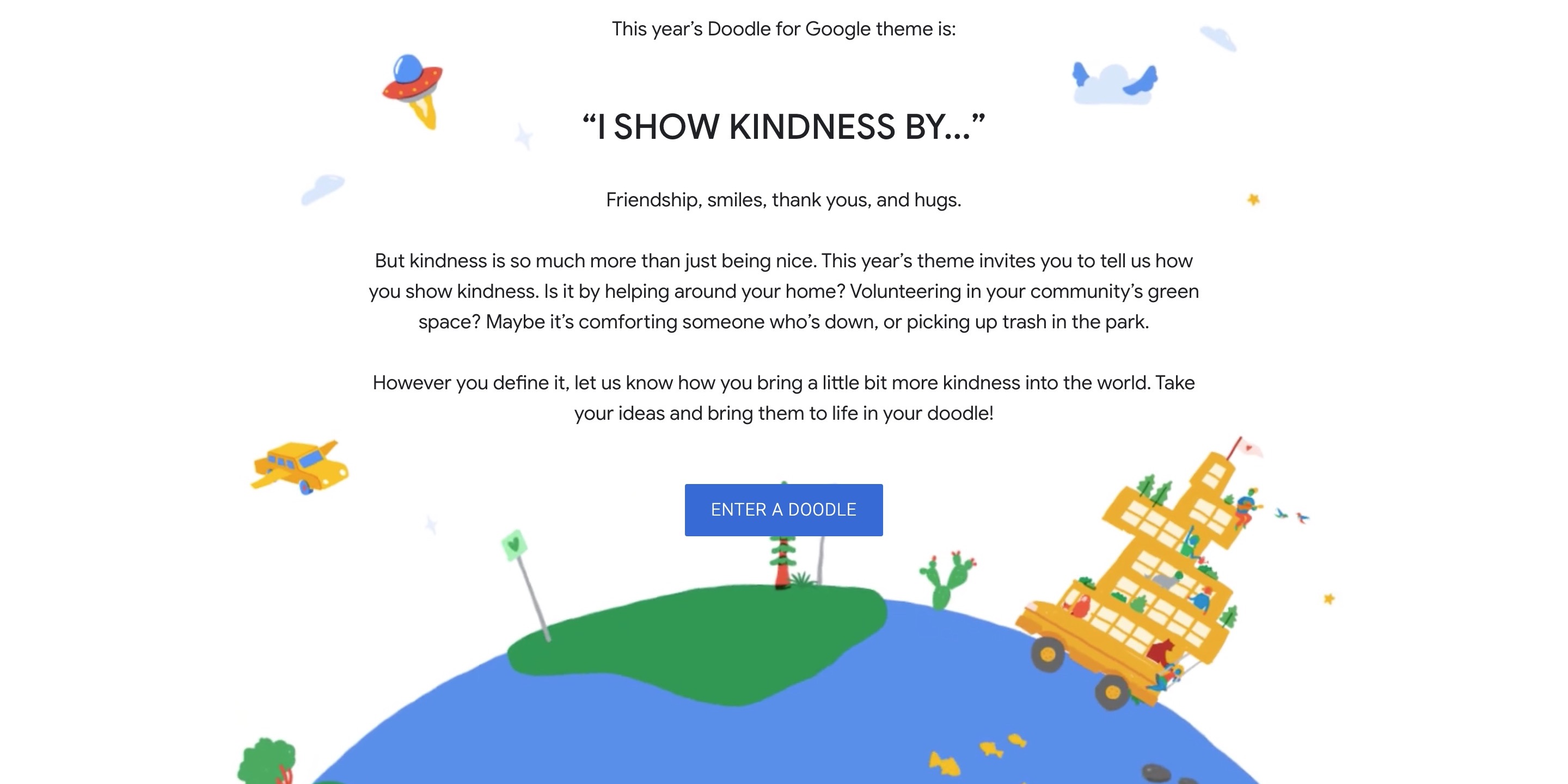 Where can I see a history of Google Doodles?

It can be fun to see the Doodles on Google’s homepage, but it’s also easy to miss them if you’re away from a computer. If you missed yesterday’s Doodle or just want to see what was used years in the past, Google has a historical archive.

At google.com/doodles, there’s a complete historical archive of every Doodle that’s ever been on the homepage. This also includes Doodles that only appeared in specific regions, so you might just find one you’ve never seen before.

How can I learn more about today’s Google Doodle?

As mentioned, Google updates the illustration on its homepage on a regular basis. Often, though, the whole story isn’t told just by the details on the search and you’ll need to do some further digging.

That’s where we’ve got you covered.

For most Google Doodles, we’ve got a full rundown of what it means, who’s seeing it, and if there are any neat tricks behind-the-scenes too. Just scroll down the page to see our latest coverage. 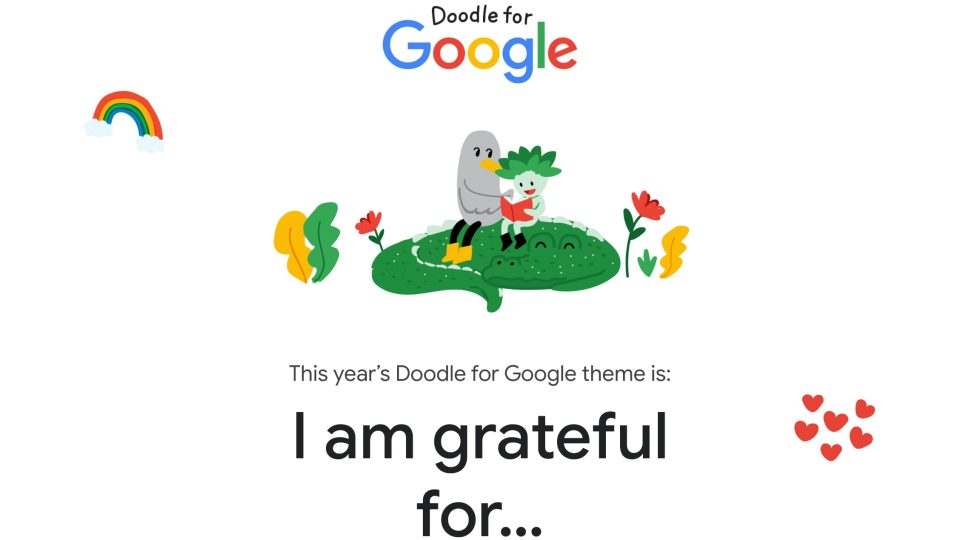 Google this week invited K-12 students in the US to create a Doodle for its Search homepage. For 2023, the Doodle for Google theme is “I am grateful for…”

END_OF_DOCUMENT_TOKEN_TO_BE_REPLACED

Google has replaced its homepage logo with an animated Doodle in honor of prolific solar energy scientist Mária Telkes, nicknamed “The Sun Queen.”

END_OF_DOCUMENT_TOKEN_TO_BE_REPLACED

Google has chosen to honor the memory of Gerald “Jerry” Lawson, the lead inventor responsible for video game cartridges, with a collection of minigames on its homepage.

END_OF_DOCUMENT_TOKEN_TO_BE_REPLACED

After honoring the start of the 2022 World Cup, the latest animated Google Doodle highlights some of the final phases of the initial group stage at the world’s biggest sporting event.

Google has devoted their homepage to honor Myrtle Gonzalez, a Mexican American actress who starred in dozens of pictures in the silent film era.

Today’s Google Doodle seen in limited regions celebrates the Angklung, which is a unique bamboo musical instrument that is played in Indonesia.

Today’s Google Doodle in honor of Veterans Day in the United States was created by a US Marine Corps veteran and Diné.

Google is today celebrating the late great British soul singer Dusty Springfield with an animated Doodle on the homepage.

Today, the Google.com homepage logo is dedicated to jollof rice, one of the most iconic foods of West Africa.

The latest Google Doodle shines a spotlight on Indigenous North American stickball, one of the oldest sports in North America.

Over the years, Google has crafted some fun and spooky games for Halloween, and this year they’ve expanded The Great Ghoul Duel with hats, new maps, and so much more.

The latest Google Doodle is a musical tribute to Tito Puente, the songwriter and timbales player responsible for songs like “Oye Cómo Va.”

Louise “Miss Lou” Bennett-Coverley is being honored today in selected regions with a dedicated Google Doodle on what would have been her 103rd birthday.

Anna Mani, the meteorologist whose work helped kickstart weather forecasting in India, is honored in the latest Google Doodle. 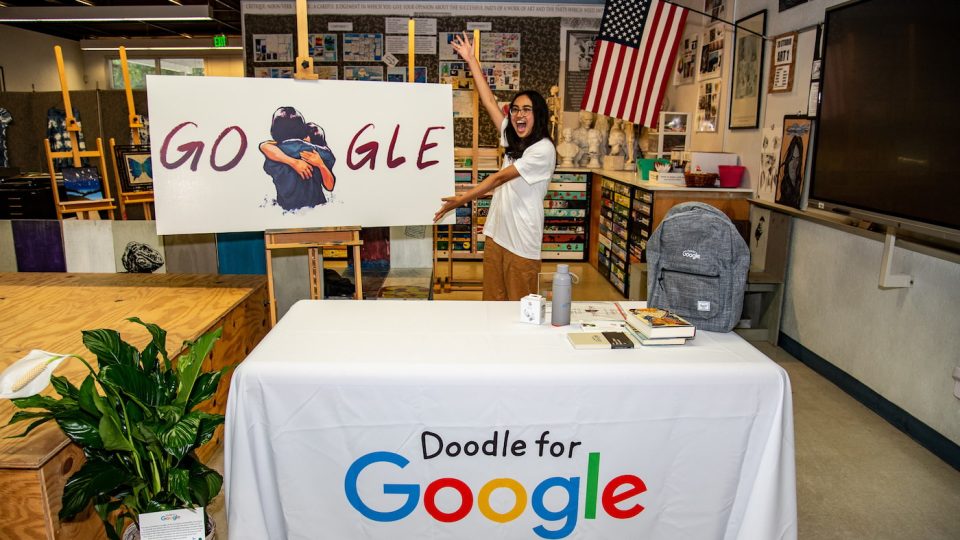 After multiple rounds of judging, including a public vote, the winning artwork for the Doodle for Google 2022 contest is now live on the Google.com homepage and in Chrome.

END_OF_DOCUMENT_TOKEN_TO_BE_REPLACED

Multiplayer Google Doodle game teaches you how to play pétanque

The latest Google Doodle game shows you how to play the French sport of pétanque, then lets you compete against friends and others online.

Today’s Google Doodle honors Oskar Sala, the German musician who helped pave the way for electronic music through the creation of the Mixtur-Trautonium instrument. 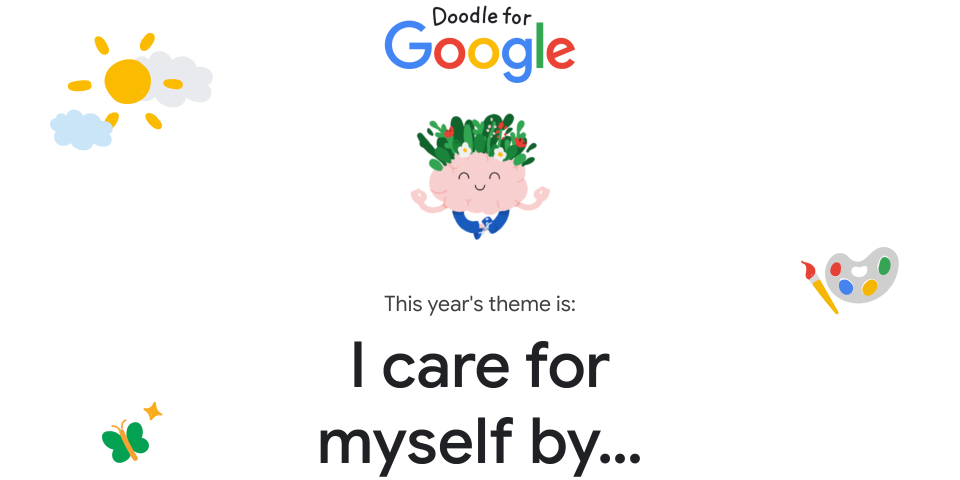 Google has shared the winning Doodle for Google 2022 artwork from each state and territory, and now it’s your turn to vote for your favorites to become the national winner.

END_OF_DOCUMENT_TOKEN_TO_BE_REPLACED

The latest Google Doodle pays tribute to Charlie Hill, the first Native American stand-up comedian to be on a nationally broadcast television show.

Today’s Google Doodle helps honor and celebrate trailblazing Romanian physicist Ștefania Mărăcineanu, on what would have been her 140th birthday.

Today’s Google Doodle is in honor of Amanda Aldridge, an opera singer and esteemed composer of parlour music.

Today’s coffee-stained Google Doodle is in honor of Angelo Moriondo, the Italian innovator who created the espresso machine. 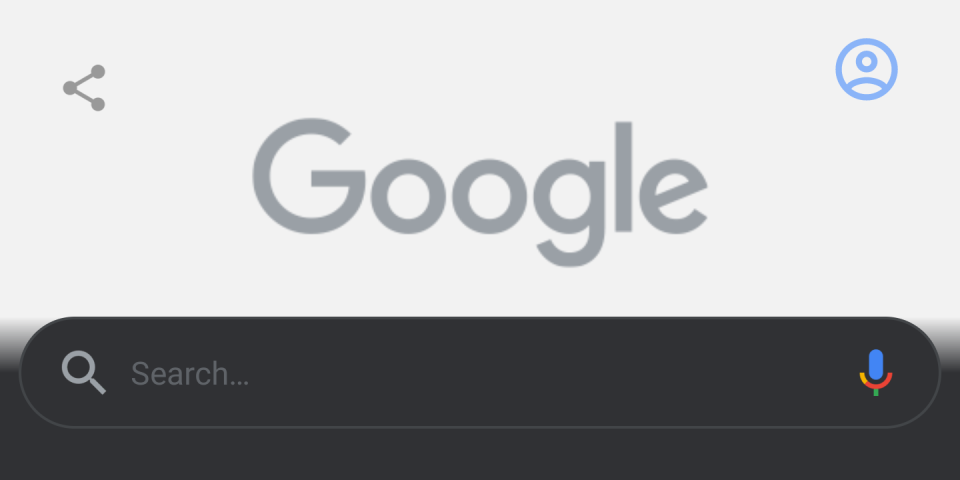 Google traditionally marks Memorial Day in the US with a flag on its homepage and gray version of the company logo.

END_OF_DOCUMENT_TOKEN_TO_BE_REPLACED

The latest Google Doodle honors the undefeated Indian wrestler Gama Pehlwan, aka “The Great Gama,” on his 144th birthday.

Today’s colorful Google Doodle is in celebration of Teacher Appreciation Day in the United States, showing the many roles a teacher plays in a child’s life.

The latest Google Doodle celebrates the anniversary of the creation of Route 66, the famous highway that ran from Chicago to Los Angeles and serves as a historical touchstone in American car culture.

Google is honoring Toots Thielemans, the legendary jazz harmonica player whose most widely known contribution is to the Sesame Street theme song. 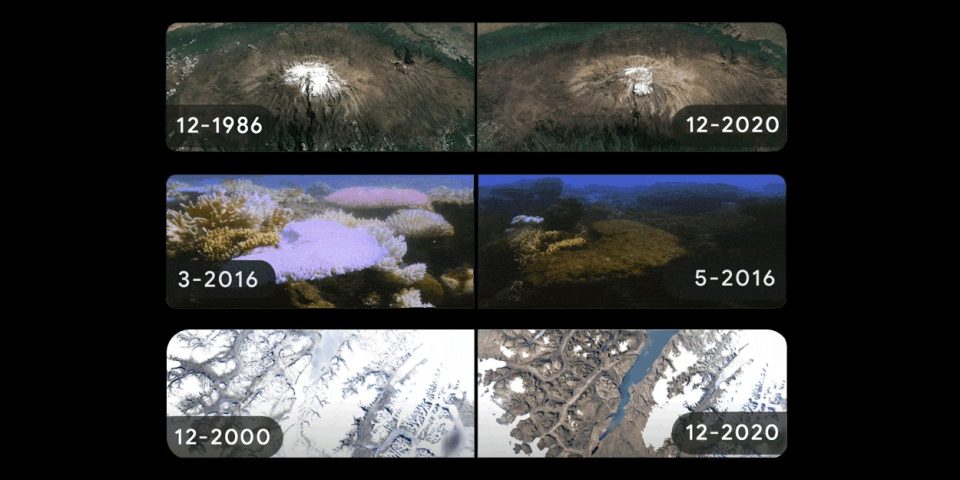 Out of respect for Earth Day, Google has replaced their homepage logo with a series of timelapse animations showing the harsh realities of climate change.

END_OF_DOCUMENT_TOKEN_TO_BE_REPLACED

Today’s Google Doodle is a striking tribute to Montserrat Caballé, an opera singer perhaps most popularly known for her duet with Freddie Mercury.

As part of Google’s ongoing celebration of Women’s History Month, today the search engine’s homepage logo has been replaced with a Doodle honoring Rosa Bonheur, a French painter who helped pave the way for women in the arts.

Today’s Google Doodle is a tribute to Dr. Michiaki Takahashi, the Japanese virologist who created a chickenpox vaccine which is still in use today.

The latest limited Google Doodle is celebrating Lantern Festival 2022, which signifies the end of the Chinese New Year celebrations.

Google Doodle pays tribute to Toni Stone, the first woman to be a professional baseball player

Continuing their celebration of Black History Month, Google has dedicated a Doodle on their homepage to Toni Stone, the first woman to play baseball in a professional league.

The very latest Google Doodle celebrates the Lunar New Year 2022 and start of the Year of the Tiger with an animated homepage splash image.

Today’s Google.com homepage Doodle was created in honor of the 124th birthday of Katarzyna Kobro, a Polish sculptor who included scientific discoveries into her artwork.

Doodle for Google 2022 contest opens with ‘I care for myself by…’ theme [U: Judges]

Google starting today is inviting K-12 students in the US to create a Doodle for the Search homepage. Doodle for Google 2022 is looking for artwork that reflects “I care for myself by…”

END_OF_DOCUMENT_TOKEN_TO_BE_REPLACED

In the US, the third Monday of January is set aside as a day of service and community, in honor and memory of Reverend Doctor Martin Luther King Jr., Google is taking part in the celebration with a homepage Doodle inspired by some of Dr. King’s wise words.

The latest Google Doodle video honors the life, legacy, and works of Stephen Hawking, one of the great physicists and cosmologists of our time.

Google Doodle celebrates the start of the Winter season

Google is celebrating the official start of the Winter season with an animated Doodle visible to those in the Northern Hemisphere.

The latest Google Doodle is dedicated to Émilie du Châtelet, the French mathematician and philosopher best known for translating and expanding on Isaac Newton’s laws of physics.

Google has replaced their homepage logo with artwork in the style of Georges Seurat, the French painter who created Pointillism.

The latest UK-only Google Doodle is helping Scots celebrate St. Andrew’s Day for 2021 by highlighting some of the most prominent cultural icons of Scottish heritage.