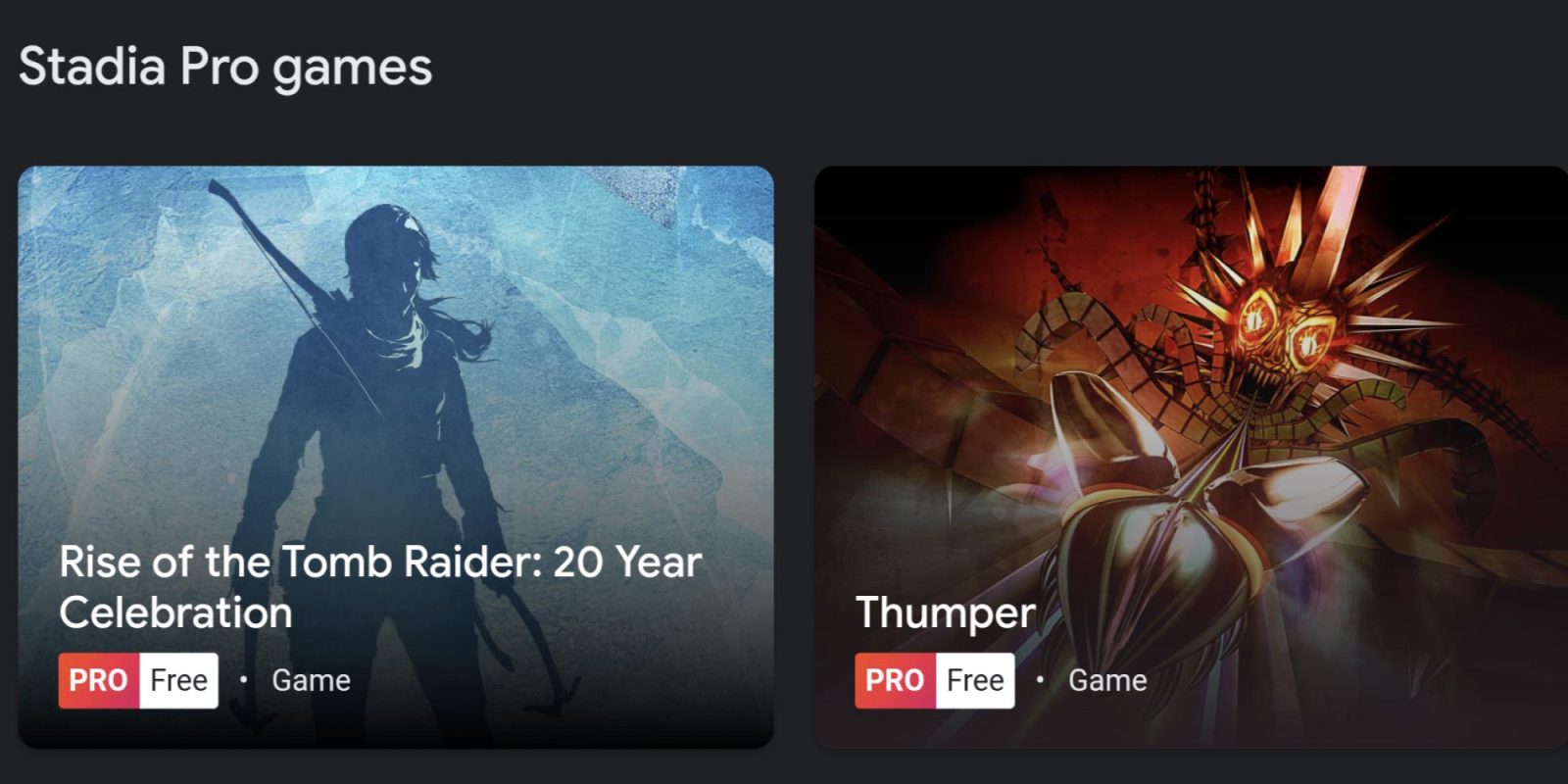 Ahead of the new year, Google this morning revealed what Stadia Pro games will be available in January 2020. Like last month, two titles are coming, while three previous ones are remaining for a grand total of five included games with the $9.99/month subscription.

Update 1/1: Thumper and Rise of the Tomb Raider: 20 Year Celebration are now ready to claim. You can do so by visiting the “Stadia Pro games” carousel in the Store or through the “All games” list.

Rise of the Tomb Raider: 20 Year Celebration and Thumper are coming January 1st. The first title follows Tomb Raider: Definitive Edition and is normally $29.99, while the latter costs $19.99.

Dropping out of Pro is the first included Tomb Raider. Definitive Edition is leaving the day before at 9 AM PT on December 31, 2019. Meanwhile, Farming Simulator 19 Platinum Edition, Destiny 2: The Collection, and SAMURAI SHODOWN will remain available to claim next month for a grand total of five titles.

This two-game cadence is surpassing Google’s previous estimate that roughly one new game is coming to Pro every month.

Starting Wednesday at 9 AM, you can visit the Stadia Store on Android, iOS, or web to redeem the Stadia Pro January 2020 games. They will join the Pro games carousel, or you can manually look for the listing. 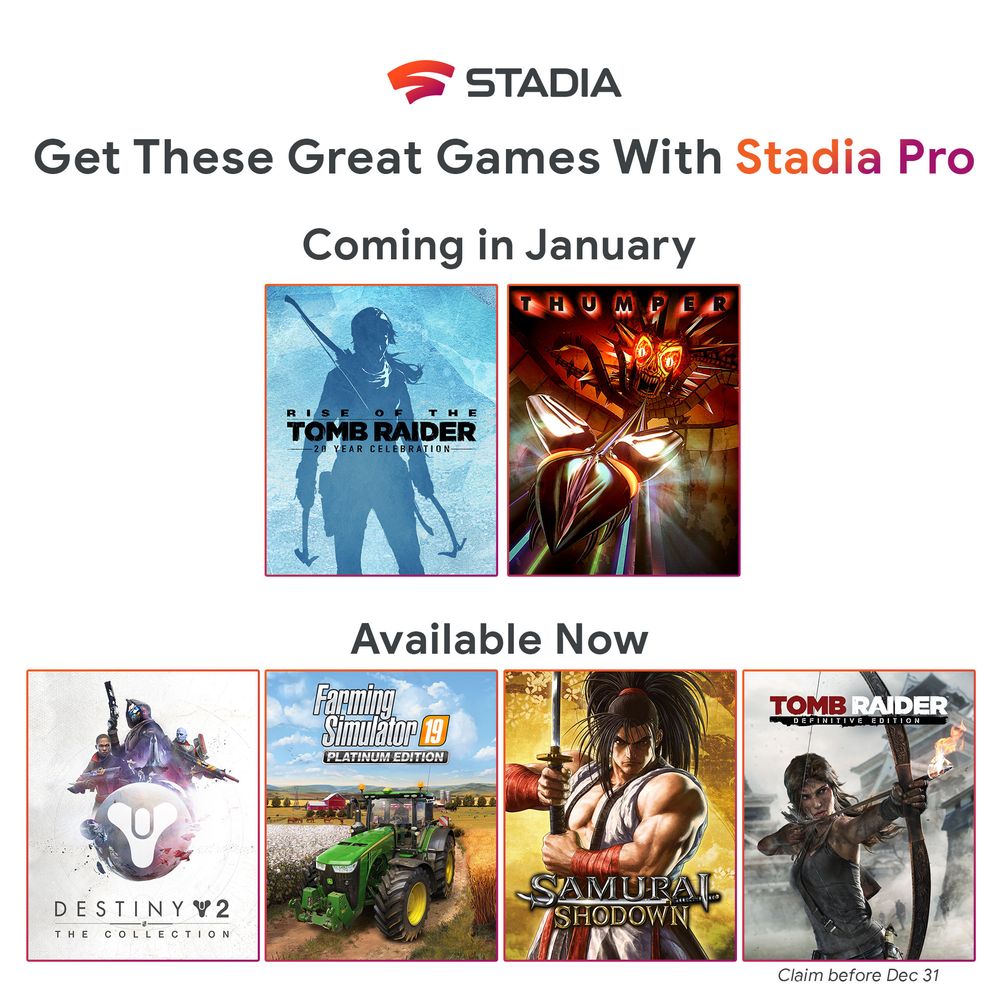