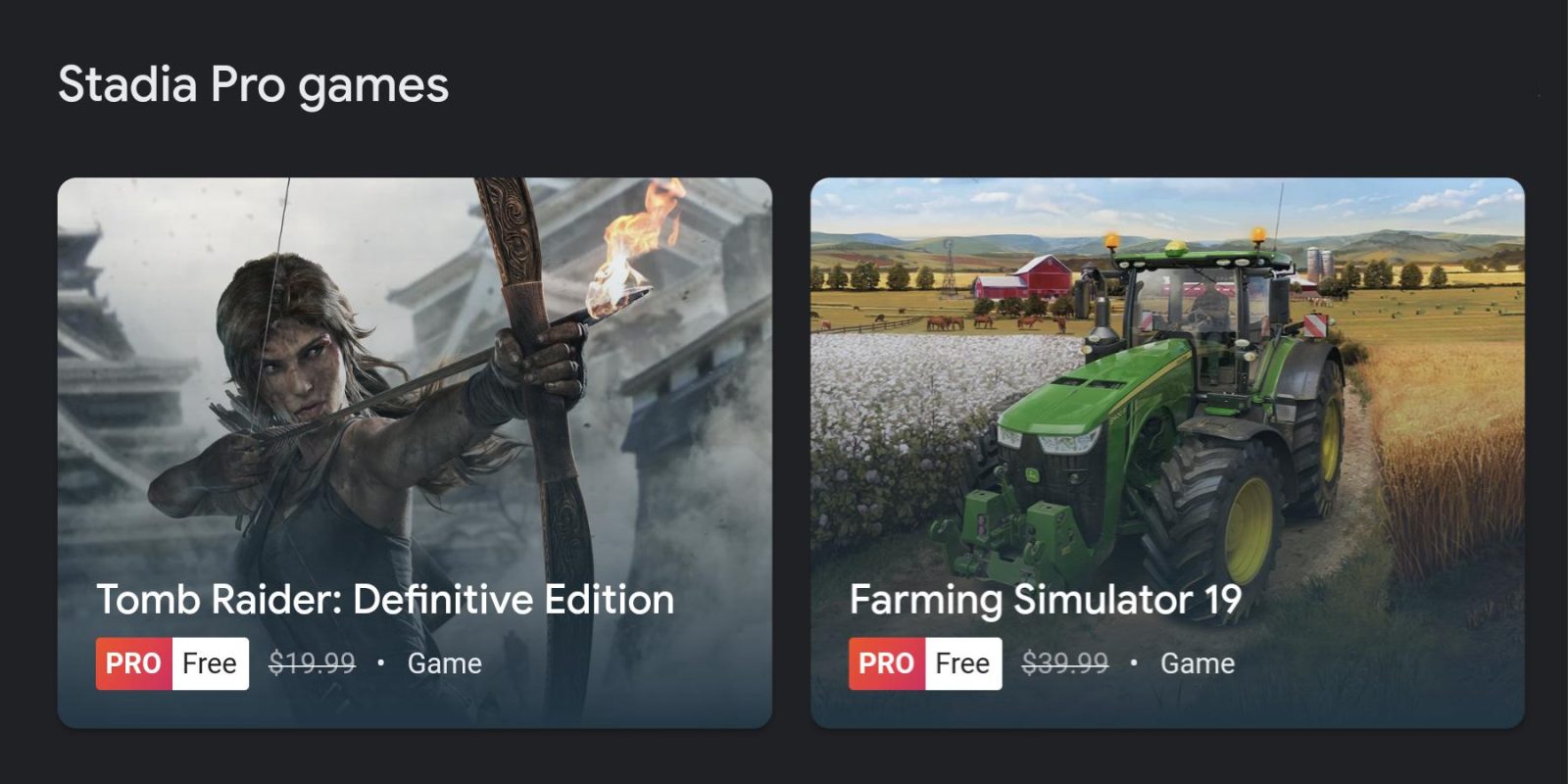 At launch, the Stadia Pro subscription that all players currently have access to as part of Founders or Premiere Edition featured two free titles. Come December, Google is adding two new Stadia Pro games to wrap up 2019.

Update 12/1: Farming Simulator 19 — not the Platinum Edition, despite the image shared by Google earlier this week — and Tomb Raider: Definitive Edition are now available with Stadia Pro and can be added to your library. If you already purchased the titles, Google is granting refunds. Otherwise, visit the “Store” tab and scroll to the “Stadia Pro games” carousel to “Claim.”

Update 2: After some controversy, Google has gone ahead and made the Platinum Edition of Farming Simulator 19 a part of December’s Stadia Pro haul. Going back to the Store this evening will let you claim the version that’s $10 more expensive, while the standard has been removed from the list.

Joining Destiny 2: The Collection and last-minute addition Samurai Showdown is Farming Simulator 19 and Tomb Raider: Definitive Edition. Cover art for the former game shows the Platinum Edition — which is a $49.99 value versus $39.99 for standard — while the latter is $19.99, but currently on sale for $10 as part of Black Friday.

Become a modern farmer and develop your farm on two huge American and European environments, filled with exciting new farming activities, crops to harvest, and animals to tend to. Drive over 300 authentic vehicles and machines now including John Deere — but also Case IH, New Holland, Challenger, Fendt, Massey Ferguson, Valtra, Krone, Deutz-Fahr, and many more. Grow your farm online with other players!

The cinematic action-adventure that forced Lara Croft to grow from an inexperienced young woman into a hardened survivor has been rebuilt, featuring an obsessively detailed Lara and a stunningly lifelike world. To survive her first adventure and uncover the island’s deadly secret, Lara must endure high-octane combat, customize her weapons and gear, and overcome grueling environments. The Definitive Edition of the critically acclaimed action-adventure includes digital versions of the Dark Horse comics, Brady games mini-artbook and combines all of the DLC. 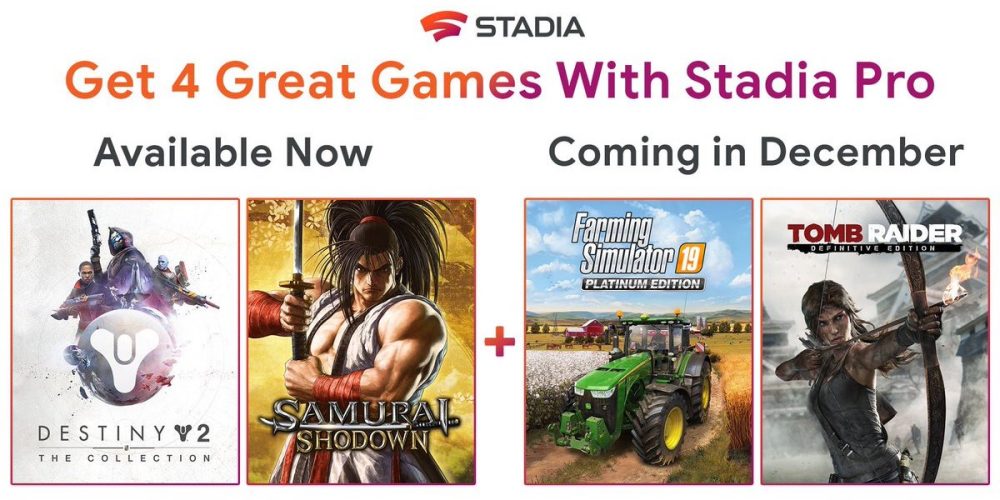 Starting Sunday at 9 a.m. PT, you can visit the Stadia Store on Android and iOS to redeem the Stadia Pro December 2019 games. They will join the Pro games carousel, or you can manually look for the listing.

Destiny 2 and Samurai Showdown will remain a part of Stadia Pro throughout December, meaning that buyers this holiday season will get to access four games immediately.