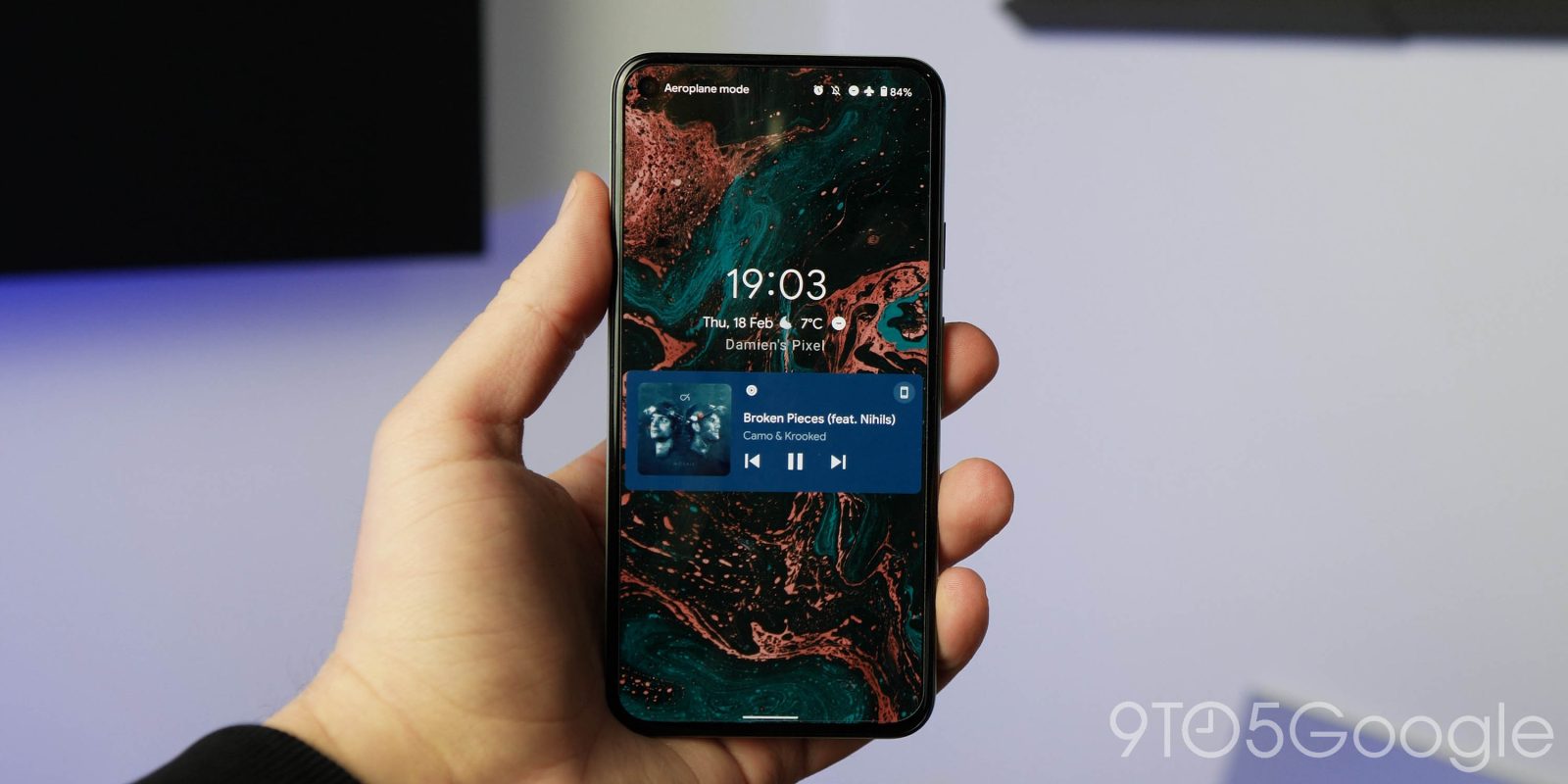 As part of the Android 12 Developer Preview 1, the lockscreen and quick settings media player has now received a very minor UI redesign to give album art a far greater prominence than currently in Android 11.

Media and the associated player controls are looking like a high priority area for Google in Android 12, with Developer Preview 1 also adding the ability to enable or disable media player access by specific applications. This admittedly minor media player redesign simply gives playing media and album art greater prominence when at the lockscreen or when opening your quick settings panel.

The controls are far larger, with the play/pause, skip forward, and skip backward toggles now left-aligned and far larger. You can see in the image below just how different the two players are, it’s admittedly minor but the time and date are shifted higher with the audio playback location now relegated to an icon to denote just where the sound is being played from — be that phone speakers, headphones, or connected Bluetooth device.

This change should make it easier to see just what is currently playing on your device. The larger album art and new button placement feels like a solid decision given the unified approach to media since Android 11. You may also notice that that actual app is similarly relegated to an icon rather than a text-based indicator.

When tapping the playback locator, there is also a new pop-up to quickly connect or pair to a new Bluetooth device, therefore, streamlining the process to get a pair of earbuds or speaker connected to your device. The animations and accent color remain the same as the previous version. The Android 12 media player will still adopt the accent color of the album art as you are used to from previous builds.