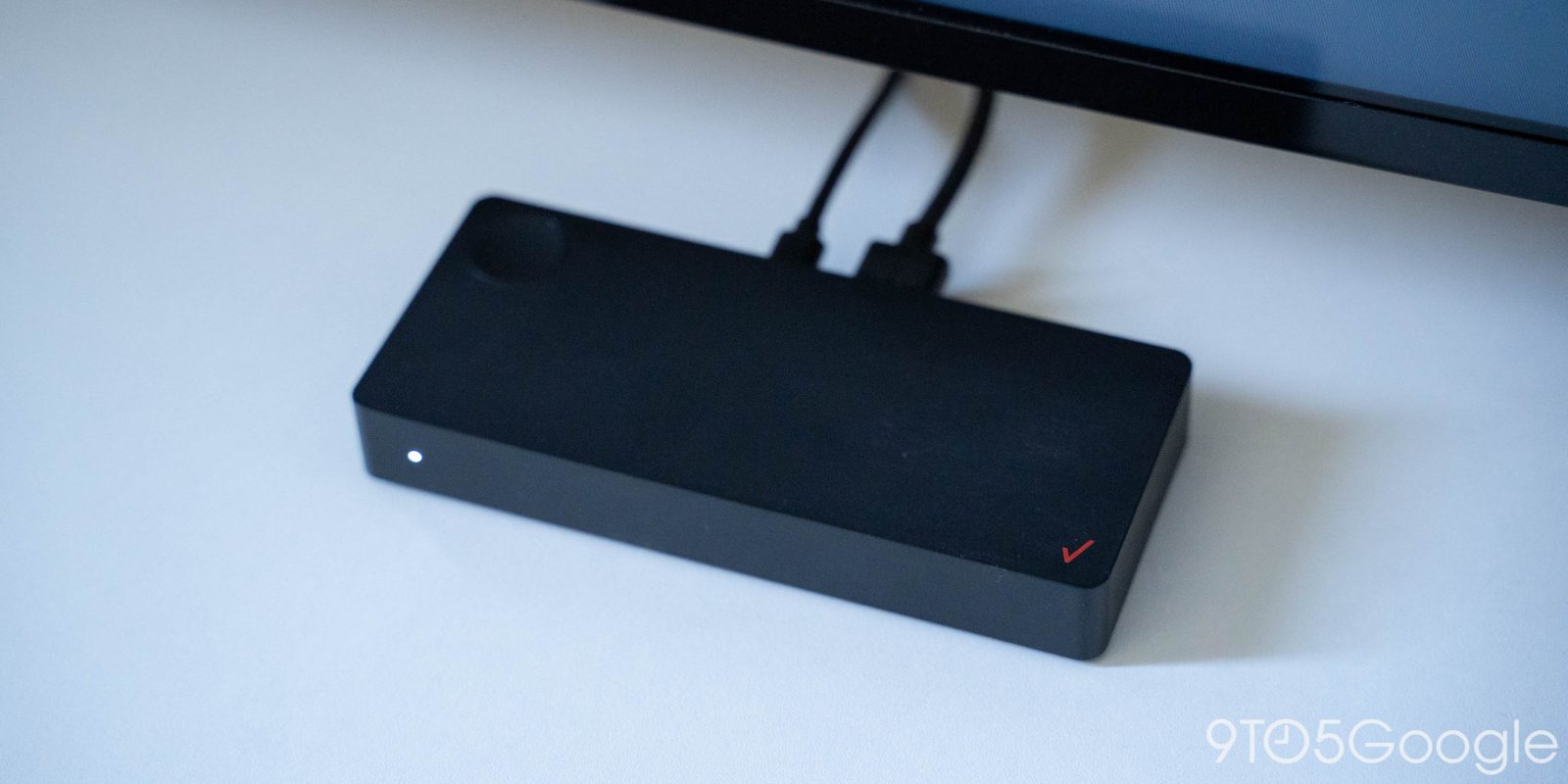 Like the Android platform it’s based on, one of the wonderful things about Android TV is that it can suit a variety of different hardware and software needs. Using the “Operator Tier,” some companies can even heavily customize the platform. That’s what Verizon does with its $69 Stream TV box, and it’s actually a relatively solid product on the whole.

Slick and capable hardware with a solid remote

Starting with hardware, the Verizon Stream TV is a basic black box, but I actually quite like the look. It’s slim on a TV stand and doesn’t have a large footprint, and more importantly, there’s no obnoxious branding, just a small Verizon checkmark at the top.

On the back of the device, you’ll find a series of ports. There’s HDMI output capable of 4K HDR (and a cable is included), a charging port, full-size USB, and that’s it. It’s not a wild setup, but it’s far more than you’d find on a dongle like the new Chromecast or Mi TV Stick. This allows for a lot more flexibility in terms of accessories and storage. I would have loved to see Ethernet built-in, but at least the full-size USB port can easily be used with a dongle.

Up top, there’s a single button that is used to find the remote. When pressed, the remote will emit a fairly loud noise so you can find it stuck between a cushion or under a cabinet. I love seeing features like this, and I wish they were in more places!

Speaking of the remote, it’s a pretty solid one! The rectangular box is plastic, and I do wish the edges weren’t as sharp and the top plastic wasn’t so easy to scuff, but it’s easy to use and the buttons are comfortable to press. There’s a Google Assistant button front and center, as well as dedicated playback control buttons. The remote was super responsive and really just a pleasure to use. Underneath those standard buttons, there’s also a number pad and “Guide” button. I was hoping these would work with YouTube TV, but they are stuck with Pluto TV.

If I told you Verizon was going to customize an Android skin, you’d probably want to run away, and I don’t blame you. To be honest, the carrier’s software on Android has historically been slow and often ugly. Just look at the truly gross Verizon Messages app that’s designed to look like it was ripped out of 2015. Ew.

Thankfully, that doesn’t apply to Verizon’s changes to Android TV. Using the Operator Tier, Verizon puts a heavy, but not-awful skin on top of Android TV’s homescreen. The skin is reminiscent of the company’s design language that you’ll see throughout its websites and apps, and it’s fairly clean and consistent throughout, unlike the skin T-Mobile slapped on its “TVision” dongle.

The homescreen’s core layout is mostly intact here. You’ll get content recommendations at the top, apps directly below, and the “Continue Watching” section beneath that. There are additional tabs, though. One is dedicated just to apps and the other to “Rent/Buy.” This is the area Verizon makes a buck, as the content can be rented directly from Verizon, a cost that can be added directly to the bill of a Fios customer. Nice, though something I wasn’t remotely interested in. Gladly, though, you can easily ignore all of Verizon’s extras using this device if you want it just as a traditional streamer.

The only thing I was frustrated with was how the skin doubles up on Settings. There’s a Settings button on the homescreen, but that goes to settings for your Verizon experience and account. You have to dive through that entire menu just to get to Android’s actual settings to adjust things like WiFi, Bluetooth, and app options. Annoying.

Verizon’s skin is, in my opinion, a good use of the Operator Tier. It made it possible for Verizon to ship its own streaming device that feels like its own device, but it doesn’t ruin the features of Android TV or push Verizon’s services too hard. They’re there if you want them, but they aren’t in the way. I’d much prefer the core Android TV experience or Google TV, but this, this is not awful.

We should also take a moment to touch on performance. It’s… adequate. The Amlogic S905X4 chip under the hood is one of the latest options and supports AV1 decoding. It’s paired with 2GB of RAM. You won’t really be blown away, but it’s enough for 4K HDR and just about any app you throw at it. I used Netflix, Hulu, Disney+, Peacock, and HBO Max throughout my testing and didn’t run into any issues. Some users on Verizon’s listing, though, do report some issues with Hulu and other performance hiccups.

Should you buy this over a Chromecast?

The real question, at the end of the day, is “who is this for?” Really, it’s not an easy one to answer, especially after the Chromecast with Google TV hit the market around the same time. With that truly excellent $50 dongle out there, the $70 Stream TV becomes a harder sell.

After using the product for a few months, here’s where I’ve landed on it. The advantage of the Stream TV is, first, hardware. Google’s Chromecast is a bit underpowered, and you can often feel that. Stream TV isn’t exactly a powerhouse, but its slightly updated hardware means it’ll last longer. The hardware itself, too, is better for some media center setups. There’s also the remote, which I found comfortable to use and reliable. It’s also extremely nice that there’s a button on the box to prevent you from losing it.

The Verizon Stream TV won’t be for everyone, but for Verizon Fios customers, I think it’s a pretty decent option. Rentals that go right on your bill will be useful for some, and the fact that new customers can sometimes get this box for free makes it a no-brainer for others.