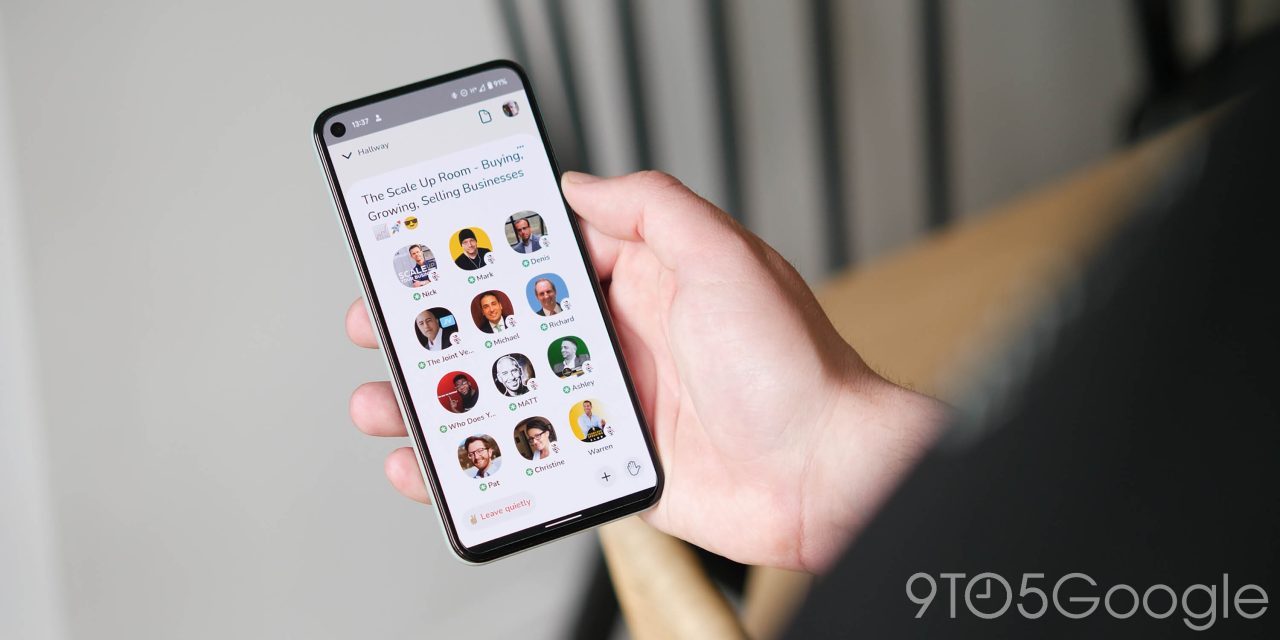 Clubhouse arrived almost a year late to Android, and that might be the downfall of the talk-focused social network aiming to start in-depth and interesting conversations. The biggest problem is if those conversations are even worth having at this point of 2021 with rivals in the rearview mirror.

So if you were unaware, Clubhouse was one of the standout applications over on iOS in 2020. The premise is around voice discussion in a semi-open forum style. It launched almost in the same way that many other “big” platforms do — operating entirely on an invite-only basis. You still need an invite, but celebrities helped boost the profile of the app to millions of iPhone users within the space of a few weeks.

Sure, the COVID-19 pandemic helped push it as people were clearly locked at home and craving human contact in whatever form possible. It also removes the awkwardness of things like video-calling, where you need to make eye contact and pay full attention to whomever is speaking, because, well, they can see you.

Without — or with very limited — in-person contact, Clubhouse’s early success on iOS owes a lot to the pandemic, but the hype was built using a strict invite-only system. Work didn’t even begin on an Android version of Clubhouse until early-2021, which is shocking given that it’s still the biggest mobile platform on the planet.

Clubhouse on Android: How it works

It’s built upon “rooms,” which are basically talks or conversations being held by a host, with participants invited to speak. Listeners can drop in and “raise a hand” to interject and ask a question or interact with speakers. Clubhouse on Android follows the exact same format but is lacking some of the features that those on iOS already have access to.

They include payments and club creation, two features that you likely won’t miss all too much before they arrive at some point on the Clubhouse for Android app soon. We mentioned that there is an invite-only system in place here too because you can’t do anything until you have been “nominated” by another member to join. That sure helps stop the app from becoming a free-for-all and keeps it somewhat coveted by Clubhouse’s tight-knit community.

One of the protective measures in place is the inability to record audio within the app itself. Obviously on Android, screen recording and other apps can circumvent Clubhouse’s inability to record natively quite easily. This goes against the privacy-focused approached that the Clubhouse devs want to portray, but it’s pretty important to note.

You can schedule your own “Room” or RSVP to previously scheduled events that will include some information on what is being discussed. This is where we run into some of the problems with the platform but it’s simultaneously Clubhouse’s core strength — timed exclusivity. If you miss out, well, that’s it. That is what creates a buzz surrounding the entire platform. You can “ping” someone into a room though if you want your friends to join and listen in before they miss out.

Sure, Clubhouse on Android is long overdue but realistically it might not even survive long enough to be relevant on the platform. That’s mainly as the biggest social media firms have just flat-out copied the concept and beaten Clubhouse to the punch, putting the chatroom-style features directly into established products that don’t require any extra accounts or invites.

Another major issue is how Clubhouse is being used by the kind of people you simply want to avoid. Think self-promotion on a level that borders into cringe territory. TED talks hosted by people who simply don’t know what they are talking about springs to mind. It has also devolved into the murky world of marketers and industry speak–style open forums. This might be great for networking but as a form of passive or even interactive entertainment? Count me out.

Where it shines is in performances and, in some very rare cases, lectures. The appeal ahead of time was the chance to converse with celebrities and industry leaders. With over 10 million users globally, your chances are now very slim-to-none. It’s easy to see that there are many better formats to broadcast or host this type of thing. It can quickly devolve into what amounts to a passive podcast where people randomly dive in to ask questions. The appeal is completely lost on me.

The creators stumbled upon an interesting product when they released Clubhouse, and it seems to have captured the COVID-era zeitgeist better than any other mobile application out there. While I’m personally not a fan, it’s easy to see why it has been a success and is being emulated by every large platform out there.

Clubhouse coming to Android is a big, important step that may prove successful. The biggest problem is that Twitter, Facebook, and many other larger platforms have been able to develop and distribute their own alternatives in the time it has taken Clubhouse to arrive on the world’s biggest mobile platform.

Realistically, at this point, you’re not going to get much useful information on Clubhouse. Just listen to a podcast instead.

You can pre-register to get Clubhouse in your region via the Google Play Store, but it is worth noting that sideloading the official APK file will grant access without geo-restrictions.