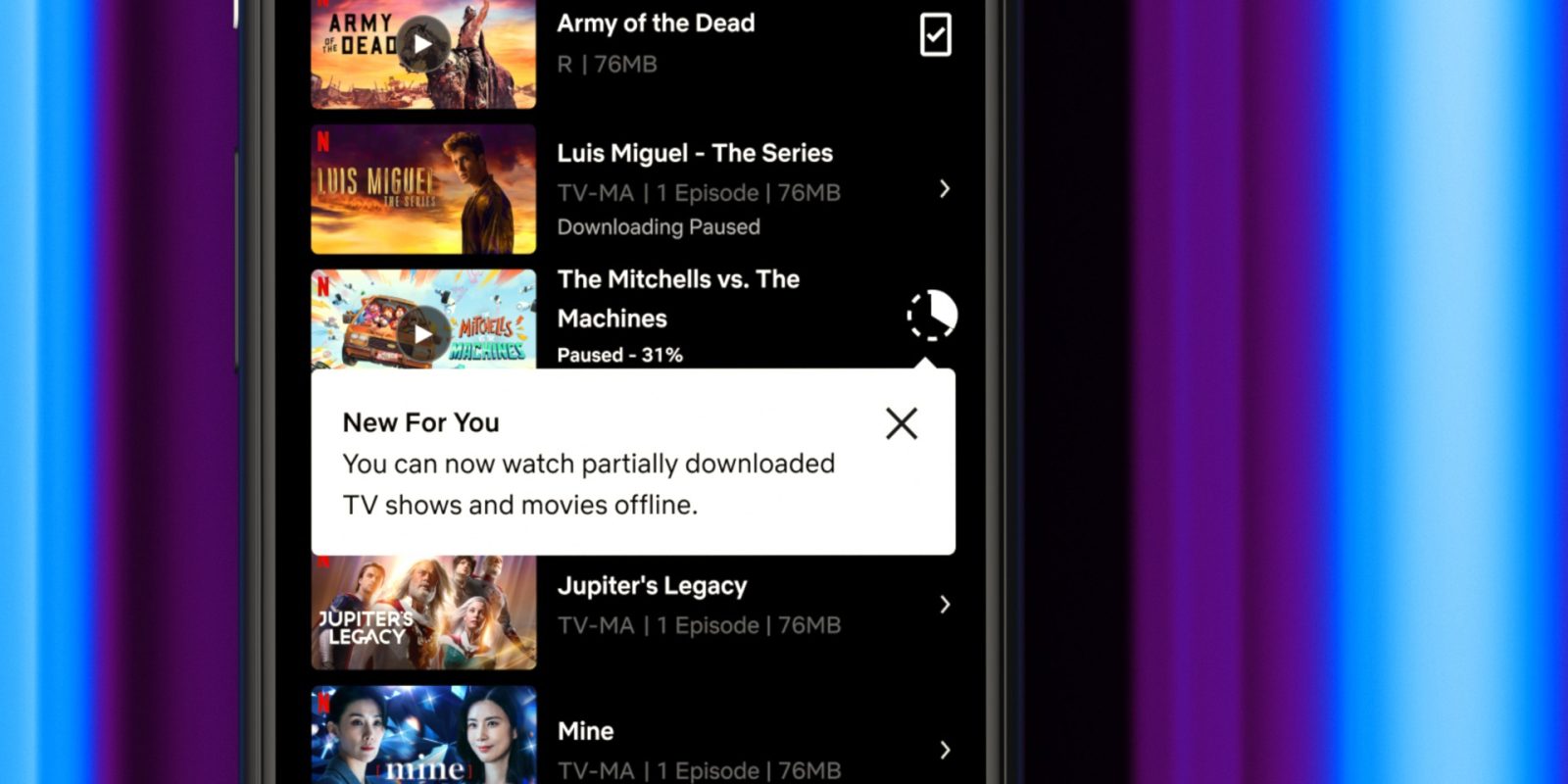 If you live in an area with poor internet infrastructure, downloading content for offline use is a crucial feature. Now, Netflix is enhancing its offline option with the ability for users to watch TV shows and movies before they’ve completely finished downloading.

Starting today, Netflix users on Android can watch the content they’re actively downloading before that download has completely finished. The pitch behind this feature is that it allows users to start the content they planned to watch if a download didn’t finish because of a poor connection. It could also be useful for starting a download on Wi-Fi before finishing it on mobile data to save at least some data plan space.

That’s why we’ve improved the Netflix download experience so you can now start watching The Mitchells vs The Machines or the next episode of Luis Miguel – The Series even if it hasn’t completed downloading. Once you’ve regained a strong enough connection, you can choose to finish the download and keep watching — avoiding those surprise notices that you’ve gone over your data limits.

The feature is rolling out right now on Android phones and tablets, but won’t be available on iOS for quite a while. Netflix says it will start testing the functionality on iPhones and iPads “in the coming months.” In theory, the Android rollout should also work on Chrome OS laptops and tablets.