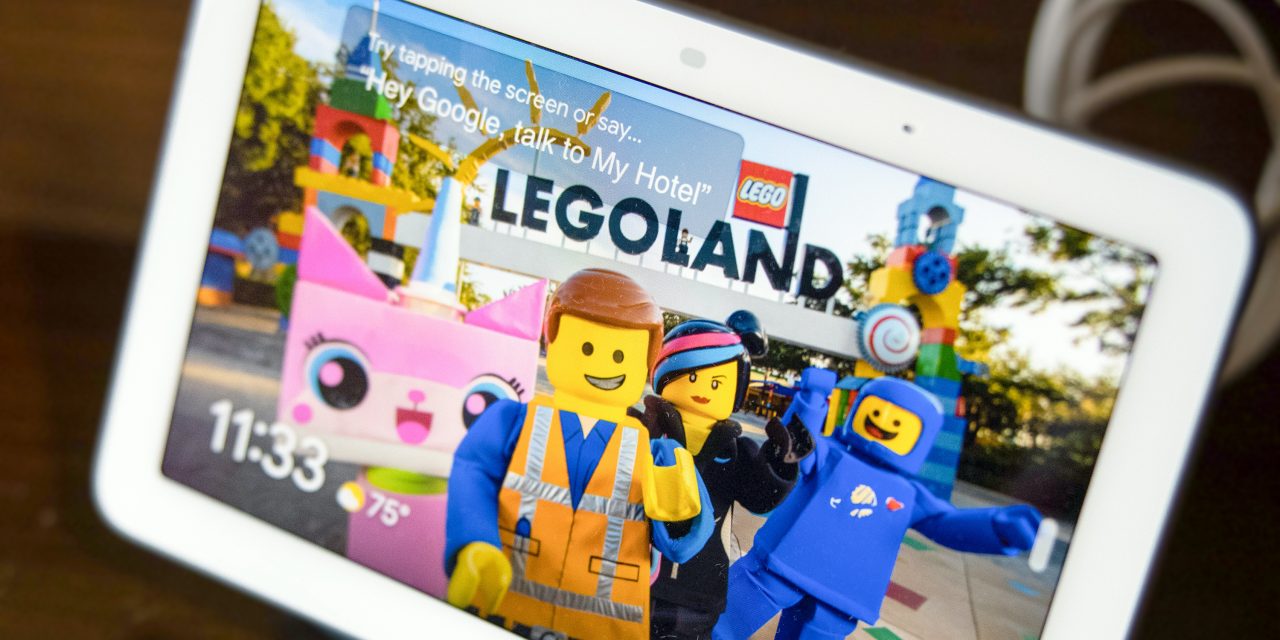 Last August, Google announced that it was optimizing Smart Displays for use in hotel rooms to provide hands-free help and control. One such large-scale deployment of Nest Hubs is now live at Legoland sites in California and New York.

Hotels get to set the background image that appears on the clock, while another customization is a “Try tapping the screen or say… Hey Google, talk to My Hotel” overlay. Otherwise, the time and weather still appear in the bottom-left corner.

Functionality like playing music and the news continue to work, while you can also ask for park information, like “what time does Legoland open?” Other commands include calling the front desk or directly asking for things — “Hey Google, bring me fresh towels.” For vacation goers and staff alike, not having to talk to a person for quick interactions saves time.

Another convenient capability is checking out of your room and asking for local restaurant recommendations that have been curated by hotel concierge. Children will enjoy how they can set up Lego character-themed alarms.

On the privacy front, the Nest Hub was used because there’s no camera, while audio is not stored and the physical microphone on/off switch remains available. Queries and other activity is automatically wiped from the device at the end of your stay. There’s no need to sign in to your Google Account for it to start working.

The Legoland California Resort has 500 rooms, and the New York location has 250, for a grand total of 750 Nest Hubs. Overall, Google said today that Smart Displays are “already available in thousands of hotel rooms in the U.S. and U.K.”