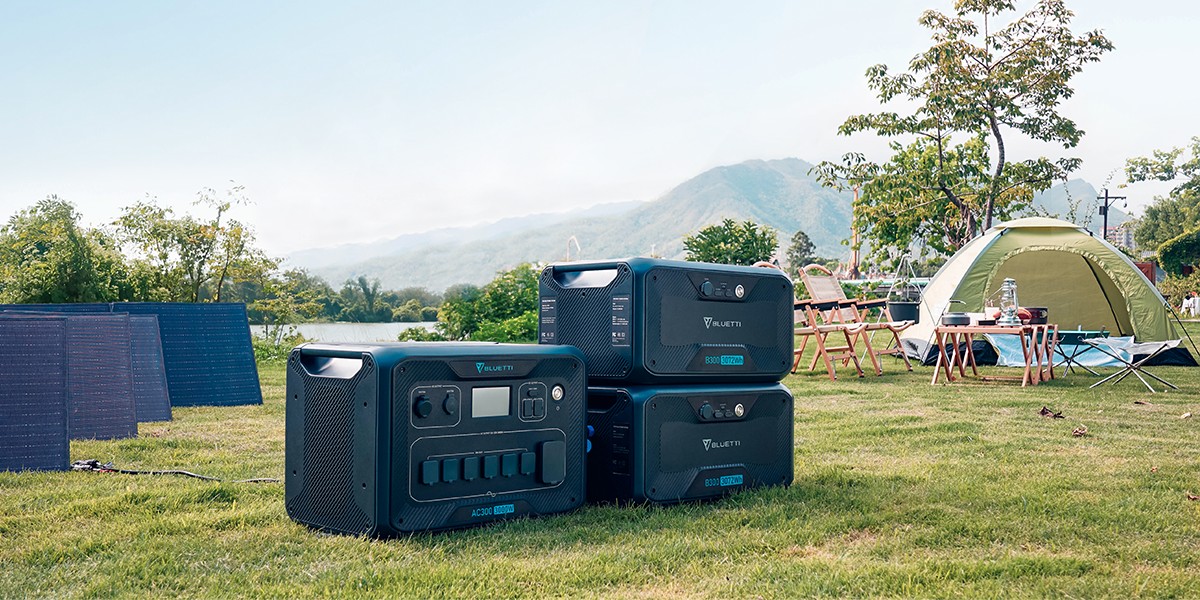 The latest power stations from Bluetti are designed to let you slowly scale up your battery backup system from powering only the most important electronics to keeping your whole home energized in an outage.

Just this month, the folks at Bluetti have launched the AC200MAX and AC300 power stations, both offering significant upgrades from last year’s debut. Bluetti’s biggest focus is on making their power systems modular. By not putting everything in one single device, you’re dividing the weight, if you ever need to move your system from one room or location to another.

Bluetti’s modular systems also make it easy to expand your backup power one piece at a time. For instance, you can start with just the AC200MAX, which is capable of putting out up to 2000W of power and has a built-in 2048Wh battery. You can then gradually add two of Bluetti’s battery packs, like the B230 with 2048Wh capacity or the B300 with its 3072Wh capacity, maxing out at a whopping 8,192Wh system.

Or, if you’re looking for something more high powered, Bluetti’s flagship AC300 power station can put out up to 3000W. Though it doesn’t have a built-in battery, you can gradually add as many as four Bluetti B300 batteries to get a massive 12,288Wh system.

Better yet, with the help of the new Fusion Box Pro, you can connect a second AC300 to double your capacity to as high as 24,576Wh and up to 6000W output. This same upgrade also allows you to run any equipment that requires 240V electricity.

Of course, to put out all of that power, you’ll need to be able to charge back up in a reasonable amount of time. In addition to the usual ways of charging, like plugging in to an AC outlet or generator, the AC300 system supports charging at EV stations, wind turbine power, solar panels, and even a solar roof. With the right amount of solar panels on a good day, you can run your home entirely off of the normal power grid.

Each power station offers a fantastic variety of ports and connections to make sure you can power any device or appliance you can think of, whether it needs AC or DC power. This includes a NEMA TT-30 port to power your RV, up to 6 standard AC outlets, USB-A and USB-C connectors, and two Qi wireless charging pads, just to name a few.

To make your system truly modular and adaptable, Bluetti’s individual battery packs are also multipurpose. In addition extending the period your system can run solely on off-grid power, each battery also has its own set of ports. On the side of both the B230 and B300 batteries, you’ll find a USB-A port with QuickCharge 3.0 for your Android phone, a USB-C port with up to 100W USB-PD charging perfect for your laptop, and an automotive-style power port.

If all of these various, interconnected pieces sound a bit hard to manage, Bluetti is ready to put your fear to rest with their app on Android and iOS. With it, you can connect to each power station and battery over Bluetooth or WiFi to check its current status and charge level.