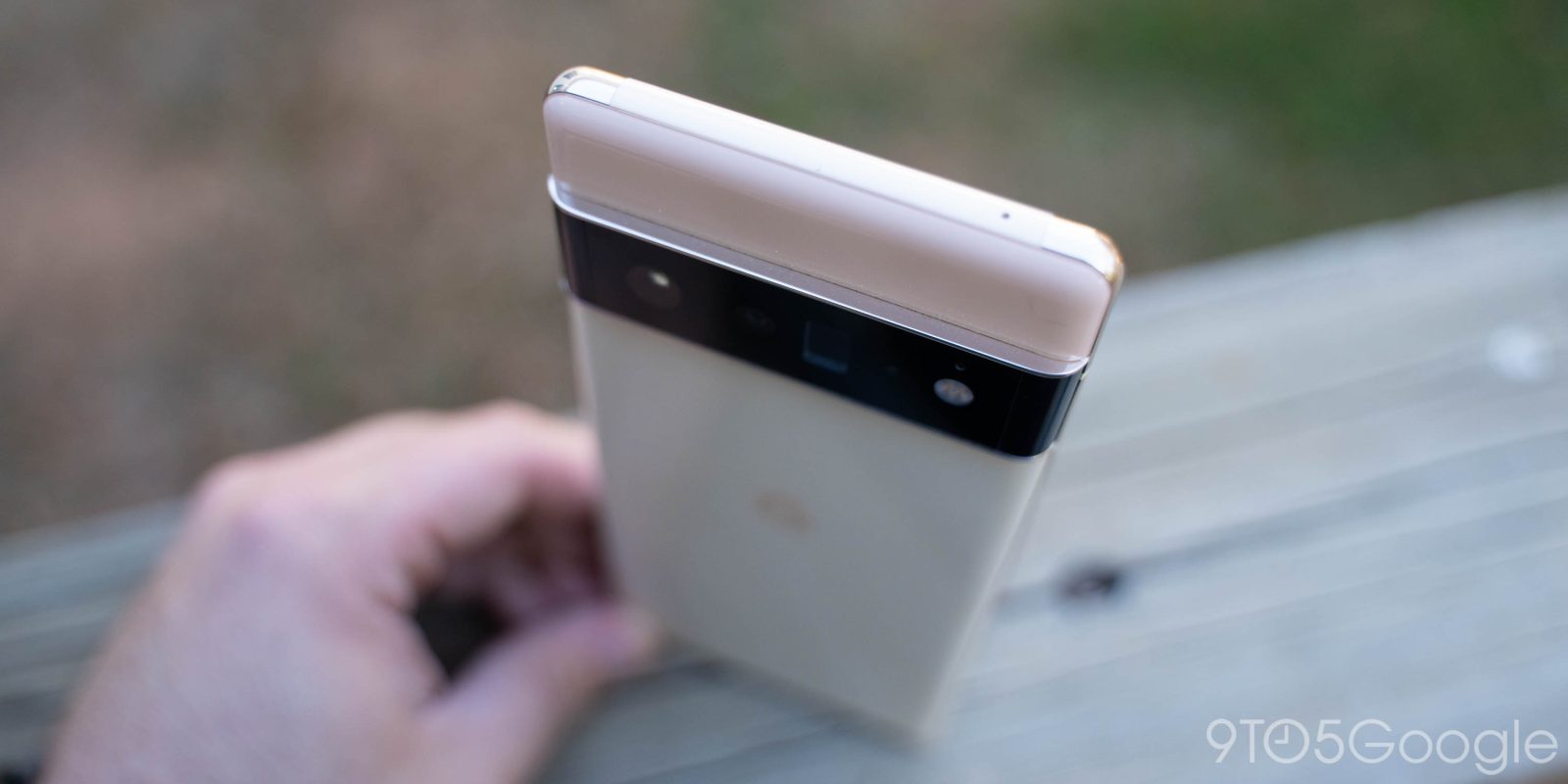 Google’s Pixel 6 leaked to death ahead of its reveal but, even now that it’s been officially announced, there are still a few details that went under the radar, including the plastic bit at the top of the phone that’s certainly odd at first glance.

What is going on with the plastic bit at the top?

The top of the Pixel 6 Pro has a plastic section that takes up the majority of the top of the metal frame, and it’s something that’s sure to cause a bit of confusion for some users upon getting their devices. However, that’s not a sticker, it’s actually a part of the device.

Google confirmed to 9to5Google that this section of the design is for mmWave, which is why it’s not present on our Pixel 6 unit which only supports Sub6 5G networks.

“Windows” for mmWave such as this are not all that uncommon, but Google’s implementation seems a bit unorthodox to say the least. In the case of devices such as the Galaxy Z Fold 3 and iPhone 13, the window is placed along the side of the device rather than the top, and it blends in better in both of those cases too. Google’s design makes the window obvious even from the front of the screen and it doesn’t even color-match the back of the phone.

Wireless charging is limited to 12W

Charging speeds are one of the biggest upgrades to the Pixel 6 series, with 30W wired charging and put to 23W speeds on the company’s new wireless charger, the Pixel Stand.

However, those faster wireless speeds are limited solely to the Pixel Stand. Instead, the Pixel 6 and Pixel 6 Pro are limited to 12W wireless charging on any other Qi-enabled wireless charger. This is still a minor upgrade over the speeds the Pixel 5 was capable of, but it’s also still a bit slower than the competition as Samsung and OnePlus phones both charge at 15W on non-official fast wireless chargers. That said, Google still beats out the iPhone’s 7.5W cap.

Carrier versions of these phones are a bit more expensive

The price of the Pixel 6 series is shocking, to say the least, but the story is just a bit different when it comes to US carriers. Based on the early data we’ve gathered so far, it seems like the $599 Pixel 6 isn’t available at US carriers because, instead, they sell the mmWave version of the device which is considerably more expensive. AT&T, for instance, sells the Pixel 6 for $740 before factoring in any discounts.

Your results may vary when it comes to pricing at carriers, but it seems like the most affordable Pixel 6 phones will be sold directly by Google.

As a part of Google’s green efforts on the Pixel 6 series, the phone uses recycled aluminum for a portion of its frame. By weight, 14% of the Pixel 6 and Pixel 6 Pro is made up of recycled aluminum. This is a trend in the smartphone industry pushed in part by Apple, which uses 100% recycled aluminum in products including iPad and Macbooks, but doesn’t specify the figure for its iPhones.