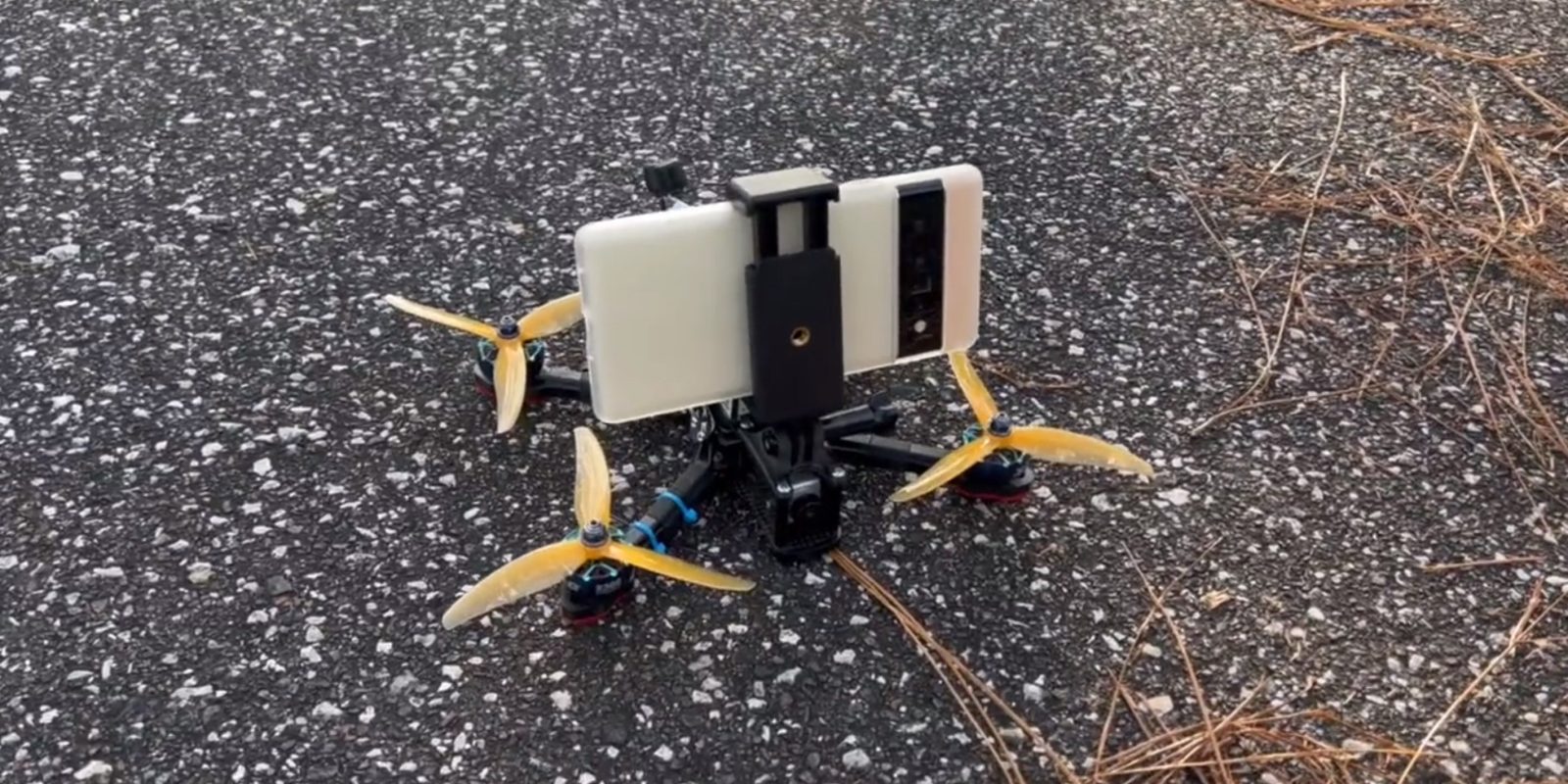 It’s been well established that the Pixel 6 Pro’s camera is pretty great, but as it turns out it can handle more than the typical smartphone photography. Case in point, a YouTuber slapped a Pixel 6 Pro onto a drone and the results are actually pretty great.

OriginaldoBo shared the results of putting the Pixel 6 Pro on a drone earlier today on Twitter, going further in-depth in a later video. Mounted onto the drone, the video the Pixel 6 Pro captures in flight is really impressive, with excellent dynamic range and shockingly good stabilization given the context.

The mount was a pretty typical smartphone mount, but on a custom-built drone that’s a bit beyond what a first-time flyer might be able to get their hands on.

In the flight, the Pixel 6 Pro is set to record in 1080p at 30fps through its ultra-wide-angle lens. While that’s not exactly the strongest demonstration of the cameras, the results speak for themselves. The footage captured looks better than the usual GoPro shot, but with a phone strapped to your drone, a crash might not end so well. Still, it’s a fun demo with wonderful results.