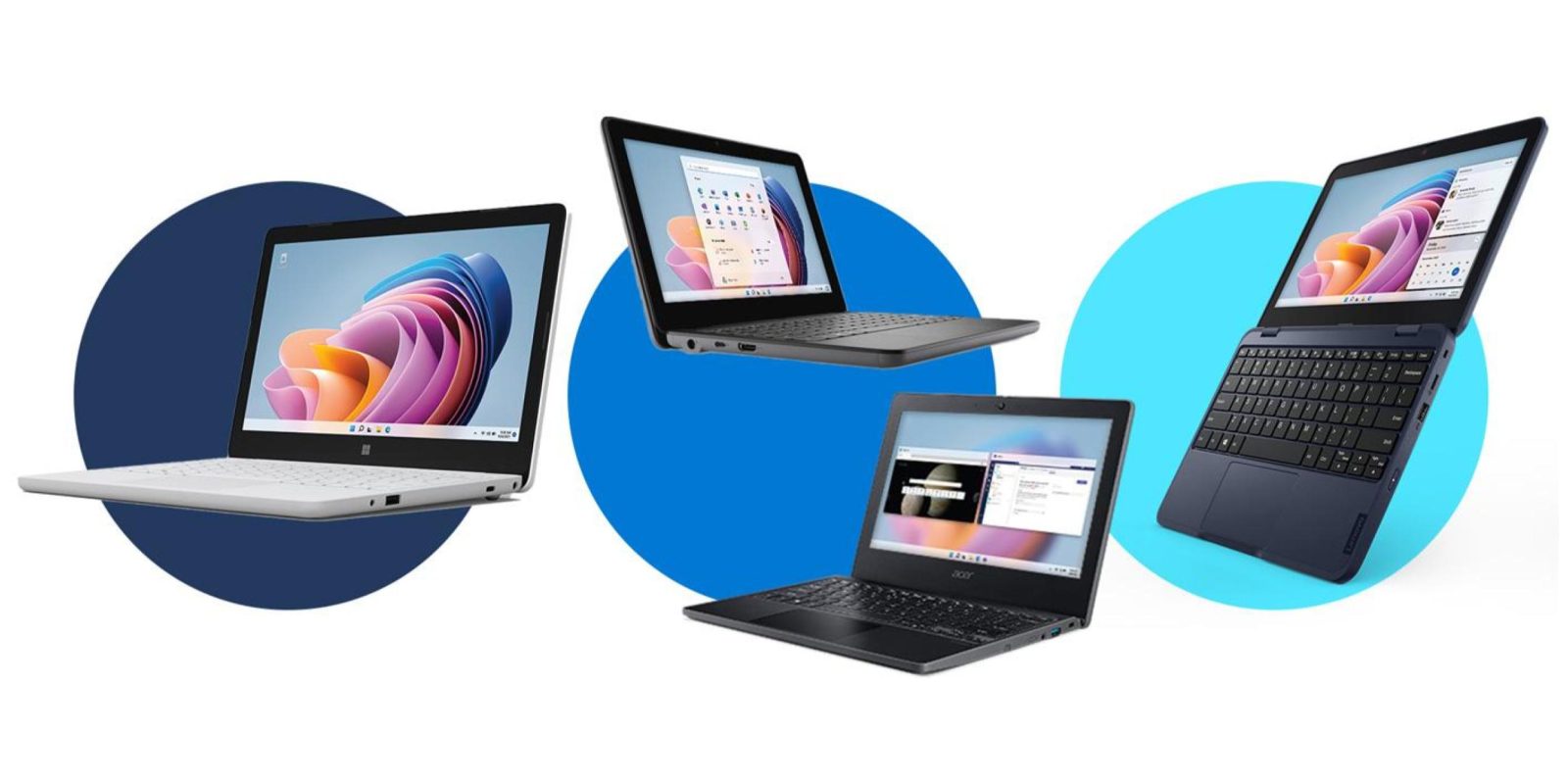 Microsoft’s latest endeavor to replicate the success of Chrome OS is an operating system especially designed for K-8 classrooms. Windows 11 SE is cloud-first and meant to be simple for students, teachers, and school alike, while Microsoft is also releasing the Surface Laptop SE, which starts at $249.

It’s lighter than the full Windows 11, and “optimized for the most used education experiences” with or without connectivity to reflect the lack of “persistent internet access outside of school.” Word, PowerPoint, Excel, OneNote, OneDrive, and other Office apps will work offline with a Microsoft 365 license. This is similar to modern Chrome OS and Progressive Web Apps (PWAs).

“Broad support for web-based learning apps” is touted, with Chrome and Zoom support name-checked. Software management includes silent/automatic updates outside of class time, while it can be controlled so that “only IT admins can download and install apps and services directly to the device” in another vindication of the Google model.

OneDrive stores files locally, on each device, for students to access when they are offline. Once they’re back at school with internet access, Windows 11 SE will sync the offline changes automatically.

The company advertises a terabyte of “Cloud-first storage,” while apps launch full screen, which reflects how the Surface Laptop SE only has an 11.6-inch LCD screen (1366 x 768). There’s a 1MP/720p front-facing camera, stereo speakers, and single microphone for remote schooling. Microsoft touts 16 hours of battery life with “typical use” by “edit[ing] details like UEFI code to squeeze the most out of power management.”

It’s powered by either an Intel Celeron N4020 or N4120 processor with 4-8GB of RAM and 64-128GB of eMMC storage. Ports include USB-C, USB-A, barrel plug for power, and 3.5mm headphone jack, and connectivity is just Wi-Fi and Bluetooth.

The casing is made of plastic, while the display, battery, keyboard, and motherboard “can be easily repaired onsite, saving time and money for IT admins and schools.”