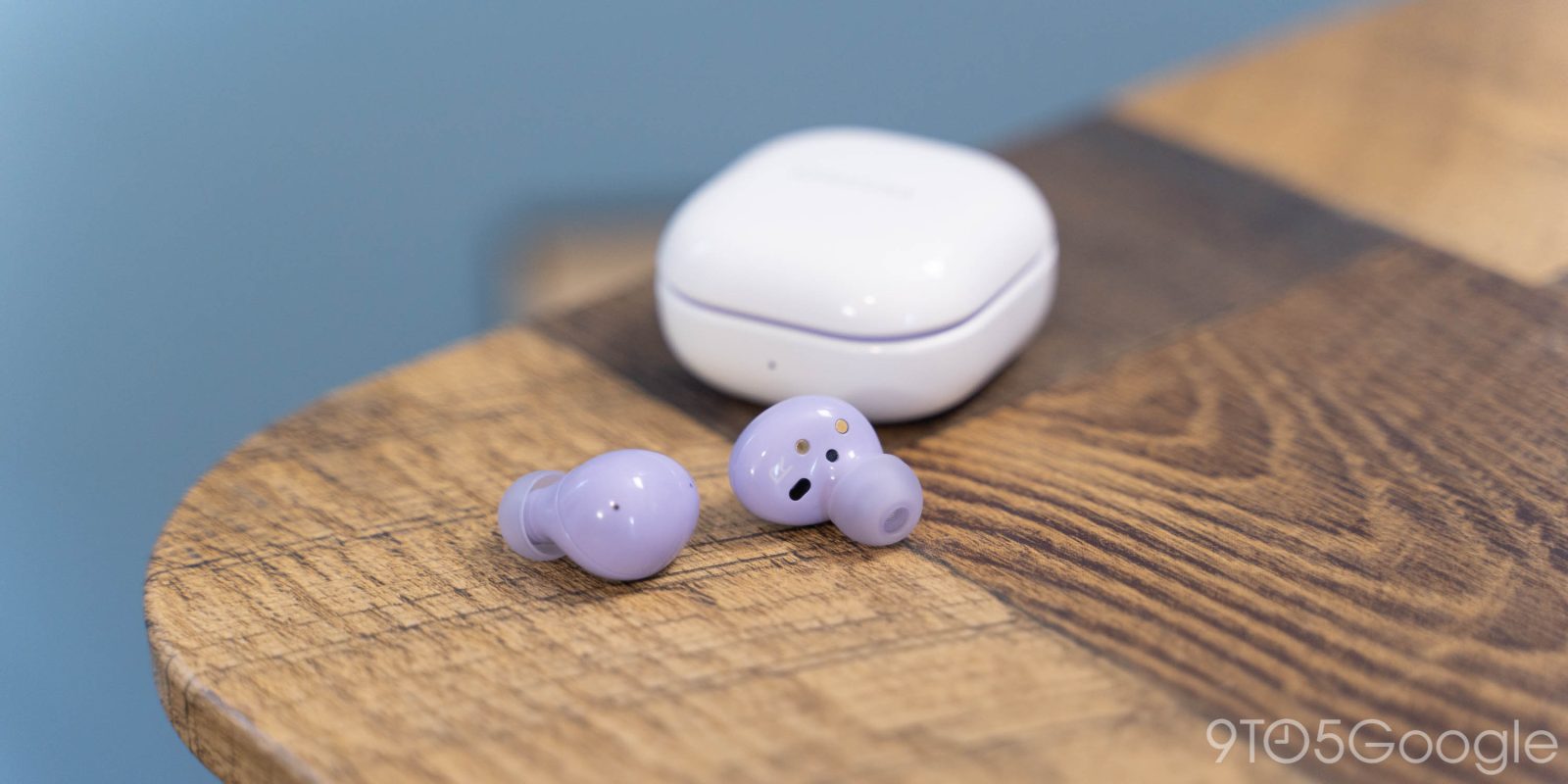 All of today’s best deals are headlined by the Samsung Galaxy Buds 2 returning to an all-time low at $100. That’s alongside official Galaxy Z Flip/Fold 3 leather cases at $61 and Lexar Play microSD cards from $17. Hit the jump for all that and more in the latest 9to5Toys Lunch Break.

Woot is now offering the Samsung Galaxy Buds 2 in a variety of styles for $100. Saving you 33% from the typical $150 price tag, today’s offer is matching the all-time low last set back in November.

Samsung Galaxy Buds 2 deliver many of the flagship features you’d expect given that these are Samsung’s latest releases, but with a more affordable price tag than you’ll find on the pro model. Active noise cancelation is easily one of those highlights, but you’ll also benefit from up to 29 hours of battery life being paired with Qi wireless charging support. Not to mention, there’s also an Earbud fit test for getting the best seal. Check out all of the details in our hands-on review

Amazon is currently offering the official Samsung Galaxy Z Flip 3 Leather Case for $61. Normally fetching $80, you’re looking at the very first price cut of 24% off. Covering your Galaxy Z Flip 3 in a premium leather design, this official case has a unique split form-factor to accomodate the handset’s folding mechanism. Made of calf leather, this case features a soft touch interior for some added protection and to keep your phone looking its best. There’s also support for wireless charging as well.

Those looking to wrap a Galaxy Z Fold 3 in leather are also in luck, as Amazon is also discounting Samsung’s official cover to $61. Normally fetching $80, you’re looking at 24% in savings and the second-best price to date. Not to mention, this is also the lowest since Nonmember and only the second time on sale. This official cover sports much of the same premium build as the lead deal, just in an altered form-factor to match the Fold 3.

Save on Lexar Play microSD cards from $17

Amazon now offers the Lexar Play 256GB microSDXC Card for $29. Typically fetching $46, you’re looking at 37% in savings while beating our previous mention by $3 – this is also the lowest we’ve seen since August and the second-best to date overall. Supporting up to 150MB/s transfer speeds, Lexar’s microSD card is ideal for everything from expanding the storage of your Android handset or a Nintendo Switch to sticking in a DSLR or action camera. A bundled SD card adapter ensures it’ll work with a variety of devices and makes it easy to retrieve footage or other files. There are also additional capacities up for grabs starting at $17, as well.

GameStop is currently offering the LG 55-inch C1 4K Smart OLED TV for $1,299. Normally fetching $1,497 at Amazon, you’re looking at the first price cut in months at $198 in savings. This is also the second-best price to date at within $2 of the all-time low set back on Black Friday.

As one of LG’s latest TVs, you’re looking at the headlining inclusion of an OLED panel which comes backed by Dolby Vision HDR and a series of gaming-focused functionality. The NVIDIA G-Sync and AMD FreeSync support are already notable on their own, and that’s without throwing in the 120Hz variable refresh rate and HDMI 2.1 ports for pairing with the PlayStation 5 or Xbox Series X|S. There’s also a series of built-in smart streaming features to deliver a full-featured home theater experience.

AUKEY takes 25% off its entire collection of Android accessories

AUKEY has launched a new 25% off weekend sale today, discounting its entire collection of smartphone accessories and more in the process. Our top pick is the AUKEY 20000mAh USB-C Qi Power Bank for $45. Typically selling for $50, today’s offer is good for a 60% discount, is $15 under our previous mention, and marks a new all-time low.

AUKEY’s 20000mAh power bank packs an 18W USB-C output alongside built-in Qi charging capabilities. It can supply either 10W or 7.5W output depending on whether you’re refueling an Android device or iPhone, and packs an integrated kickstand for propping up your smartphone while watching a movie or other content.