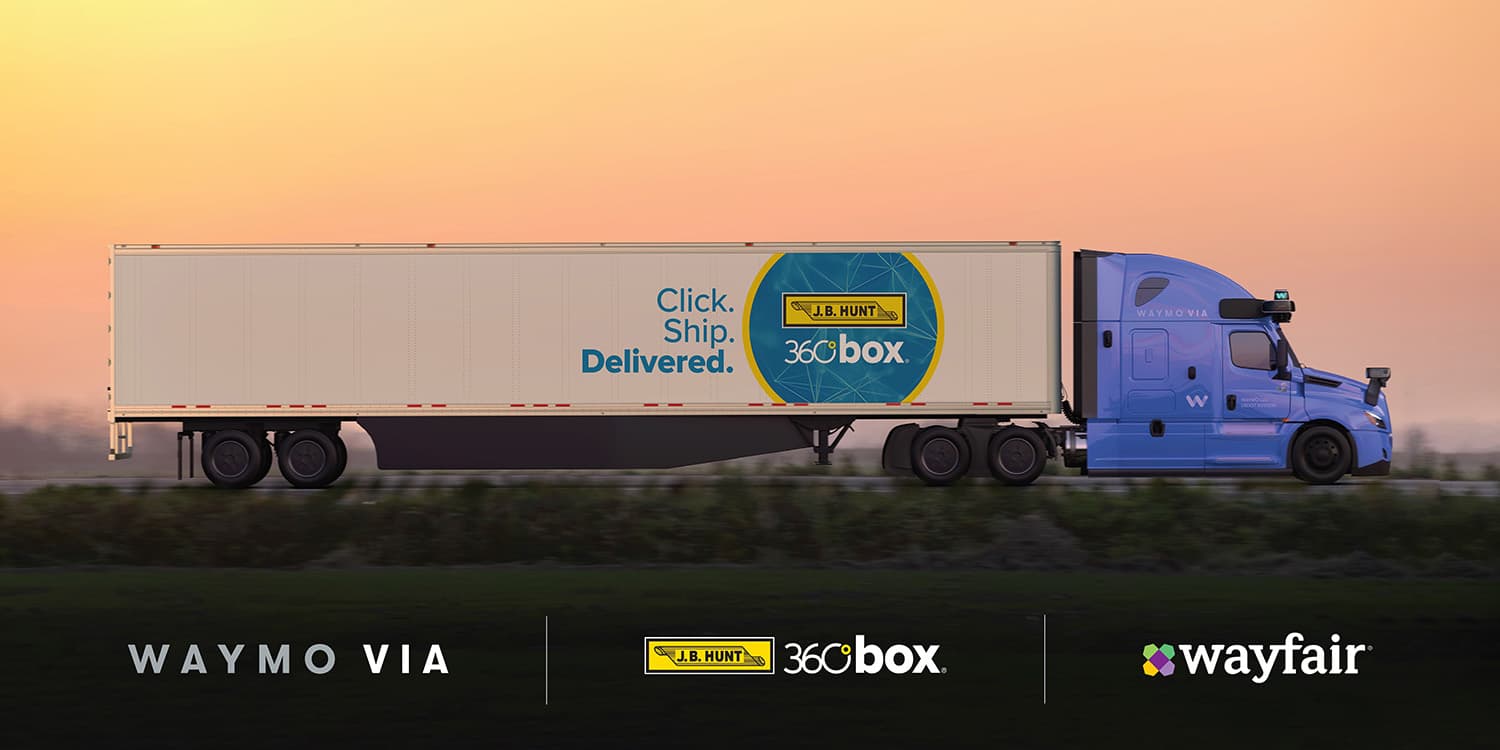 Alphabet’s Waymo is about to conduct another new test with its self-driving trucks to deliver home furniture, but the company is also calling on California to end its ban on the vehicles.

Through a portion of July and August, Waymo will be conducting a six-week test with JB Hunt Transport Services. The test will see Waymo’s autonomous semi-trailer trucks hauling goods across routes in Texas.

Specifically, Waymo’s trucks will be delivering goods for Wayfair, a home furniture e-commerce giant, and customer of JB Hunt.

Goods will move along Interstate 45 between facilities in Houston and Dallas, using Waymo’s Class 8 trucks. When the trucks are running, they’ll be operating using autonomously, but with a commercially licensed driver and a Waymo engineer in the cab at all times.

Waymo and others want California to lift its ban on trucks

While Waymo continues to make progress on “Waymo Via,” its efforts in goods delivery, the company is facing an uphill battle with the technology in California.

As The Verge reports, Waymo is one of 35 companies calling on California Governer Gavin Newsom to lift the State’s ban on autonomous semi-trailer trucks. A few bigs names signing the letter include Waymo, Aurora, TuSimple, Embark, UPS, Volvo, and Uber Freight.

The letter says that California risks its “competitive edge” with the ban in place. The letter explains:

Without regulations to permit this technology, California is at risk of losing our competitive edge. As the industry deploys new pilot programs, builds critical infrastructure, and creates the 21st-century jobs California’s businesses need to grow, investment is limited to other states that allow deployment of autonomous trucks.

In effect, it has been ten years since the initial 2012 enabling legislation, and over this period, there has been no movement for autonomous trucking regulation. We are now asking your Administration to initiate a thoughtful rulemaking process that gives autonomous trucks a chance to work for California and Californians—making our state the global hub for the technology that will define the future of transportation.

California has allowed programs with self-driving vehicles including light-duty trucks for several years. Waymo has famously been running its autonomous vehicles in San Francisco for a while now.

But the State’s rules ban any vehicle weighing over 10,001 pounds, which effectively limits most delivery trucks, buses, and other large vehicles. Only Class 1 and Class 2 trucks are permitted under the current regulations, which includes vehicles such as minivans, pickup trucks, and utility vans.

In response to the letter, the California Department of Motor Vehicles said that it is “developing regulations governing autonomous vehicles weighing more than 10,001 pounds” but that there is currently no timetable to implement any changes.