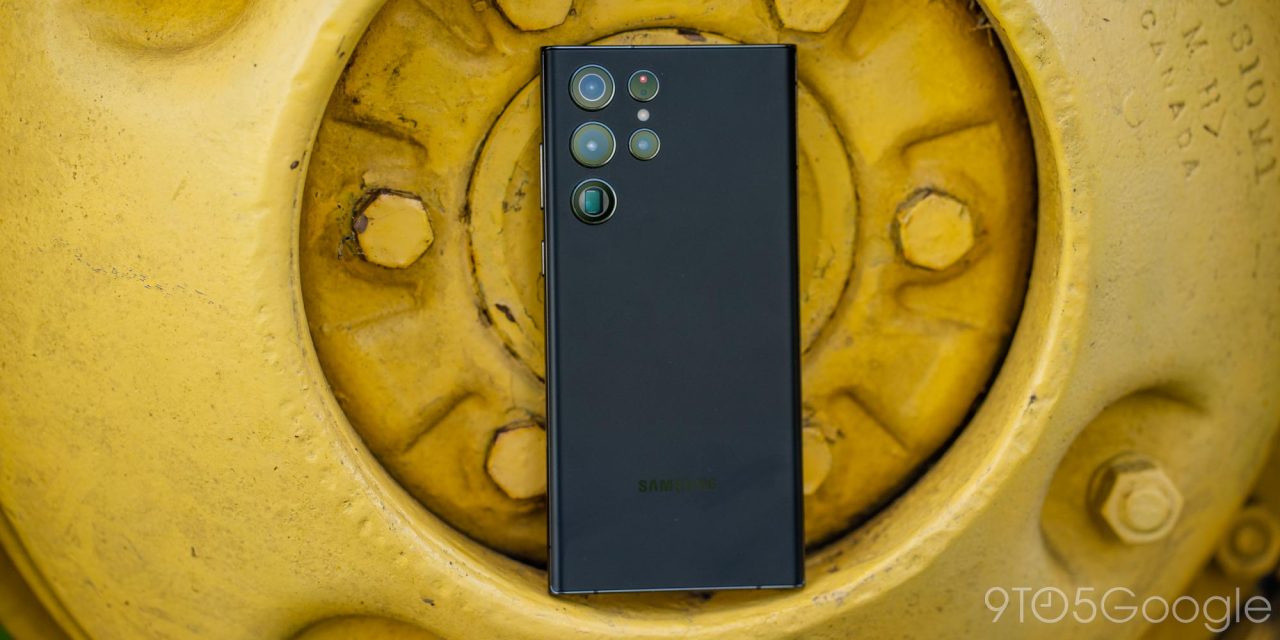 All of today’s best deals are now going live with a $200 discount on Samsung’s Galaxy S22 Ultra leading the way. Then, for tagging along on fall workouts, you can save on the Fitbit Luxe at a new all-time low of $87. Continue following the savings with Blink smart home security gear from $30. Hit the jump for all that and more in the latest 9to5Toys Lunch Break.

If the foldable smartphones from Samsung that have gone on sale earlier in the week weren’t quite what you were looking for in a flagship, Amazon is remedying that today by discounting another one of the brand’s latest releases. Right now, you can score the Galaxy S22 Ultra 5G 128GB Android Smartphone for $1,000. Down from its usual $1,200 price tag, this is marking the third-best price to date at $200 off. It’s the lowest we’ve seen in over a month since back in August, as well.

As the new flagship handset in the Samsung stable, the Galaxy S22 Ultra arrives with a refreshed, yet similarly squared-off design as last year’s model. New this time around is an S Pen slot to channel some Galaxy Note energy, as well as a 6.8-inch SuperAMOLED panel and the recent Snapdragon 8 Gen 1 chip. That’s alongside 256GB of storage, 12GB of RAM, and an improved 5,000mAh battery backed by 45W charging. Our launch day hands-on review details what to expect.

Amazon is now offering the Fitbit Luxe Fitness and Wellness Tracker for $87. This new all-time low arrives from its more recent $130 going rate to deliver $43 in savings. We last saw this on sale back in August, which was $8 more than today’s price cut. While not either of the new flagship fitness trackers that have recently hit the scene, Fitbit Luxe arrives as one of the brand’s more affordable offerings, which still manages to pack a more premium design centered around an AMOLED display.

Its five-day battery life pairs with the ability to track a variety of stats, ranging from exercise and heart rate to SpO2 and more. While not quite as capable on the smartwatch feature set as some of the other options in the Fitbit stable, it’ll certainly help offer extra insight on workouts and overall wellbeing. Get a closer look in our launch coverage.

Alongside all of Amazon’s other in-house device discounts this week, the retailer is now marking down a collection of its latest Blink cameras and smart home security offerings. Shipping is free across the board. Our top pick is the Blink Floodlight Cam Kit at $85. While you’d more typically pay $140, today’s offer is delivering a new all-time low at $10 under our previous mention. This also undercuts the Prime Day offer by $5, scoring you a total of $55 in savings.

Arriving as a versatile way to keep tabs on deliveries or other outdoor happenings, this package pairs Blink’s popular third-generation outdoor camera with a floodlight attachment. The camera itself can record in 1080p to the included Sync Module as well as Alexa with a battery-powered design. Throw in the 700-lumen floodlight, and your system will respond to motion alerts with its dual LED panels. Dive into our launch coverage for a closer look.

Delivering a notable up to 190MB/s, this 2022 release is among the fastest microSD in its class, making for a notable addition to your camera or drone rig (among other things). You’re looking at a 4K and 5K UHD-ready microSD card with UHS speed class 3 (U3) and video speed class 30 (V30) as well A2 app loading (4000 read IOPS, 2000 write IOPS).

After just launching last month, Amazon is now offering the very first chance to save on the GoPro HERO 11 Black. Dropping down from its usual $500 price tag, today’s offer now makes the brand’s latest action camera more affordable at $450. Those $50 in savings mark the first time to save from the retailer, and offer a chance to avoid the subscription auto-renews offered by the direct from GoPro pricing.

GoPro HERO 11 Black arrives with a set of refreshed features that all come centered around the same design as previous-generation models. The real star of the show is the 1/1.9-inch sensor which can handle taking 27MP photos at an 8:7 aspect ratio. Throw in 10-bit color, as well as SuperPhoto and HDR modes to make full use of the GP2 chipset. Then there are a collection of new software features that make it easier than ever to share photos and videos to social media or to your device to edit. Our hands-on review breaks down exactly what to expect from all of the new features, as well.