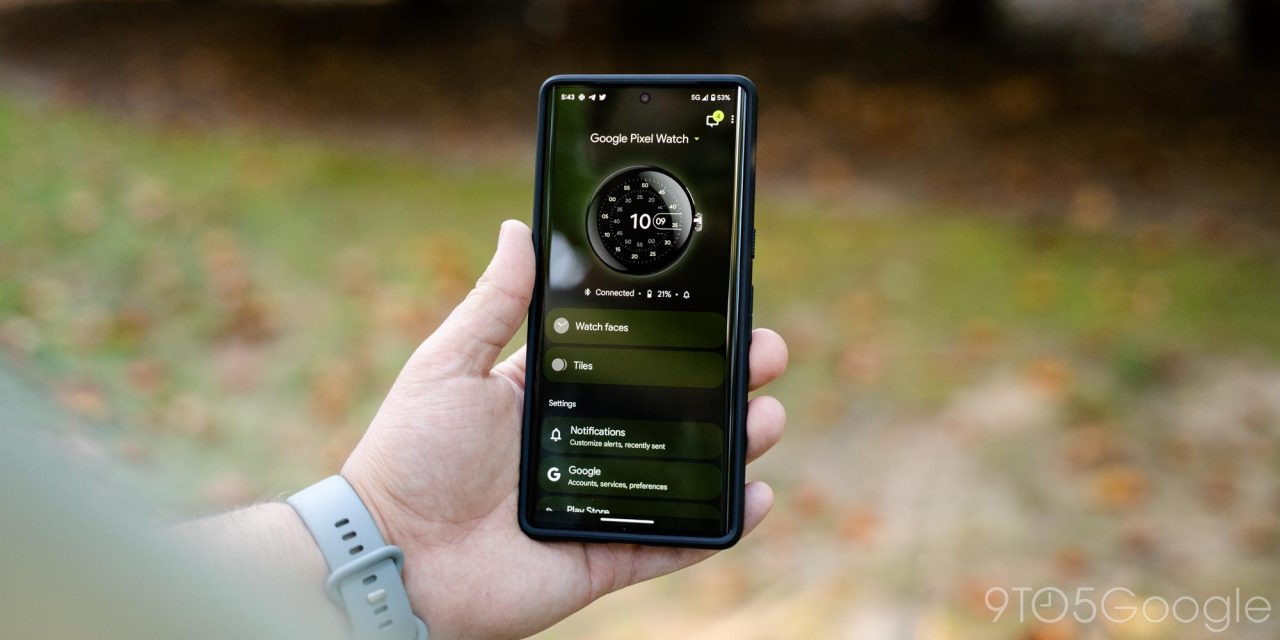 The Pixel Watch is now just over a month old, and Google is rolling out the first update to the companion app with fixes across three areas.

This is a new version of the “Google Pixel Watch” app — abbreviated as just “Watch” for the homescreen — on your Android phone rather than something on the actual wearable. Google says the November 2022 Pixel Watch app update has bug fixes and improvements across three areas with specific enhancements for “Fitbit experiences and integration.”

Making Fitbit more apparent is needed as you previously had to open the Fitbit app or tile on your watch to open that application on your phone or go to the Fitbit app and dive into those settings to sync health information.

The current version is 1.0.0.477318422, and Google says the update will start rolling out today via Play Store and “continue over the next few weeks.”