Android Auto redesign rolling out and getting WhatsApp calling with Pixel, Samsung 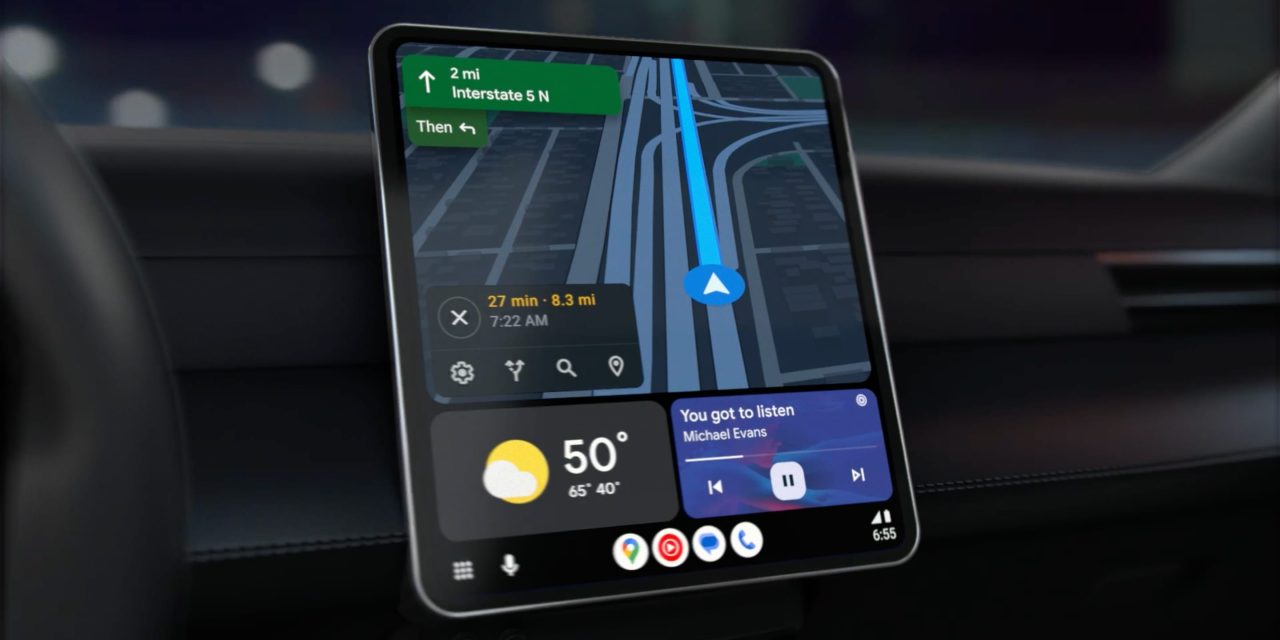 The tentpoles are navigation with fullscreen Google Maps and Material You media controls that visually match Android 13 with a list of “For you” suggestions available by swiping left.

This is offered through a card-based, split-screen UI for better multitasking, with support for widescreen and portrait displays. Depending on orientation, the taskbar — similar to Android 12L/13 tablets — position differs. You get status icons (cell connection, battery, and the time), a notification count that’s tappable, the Google Assistant microphone shortcut, and a navigation button that opens the app launcher or lets you go back to the side-by-side dashboard.

Recent apps will appear at the center of the strip for quick multitasking, starting with Google Maps, then media and communication apps. Vertical rails just show three apps, but horizontal navigation rails can fit a fourth.

A key part of multitasking on this redesign is contextual cards. That includes one for missed messages and calls with smart replies offered, a card that you can use to quickly share arrival times with contacts, and a list of recent places to quickly start navigation.

Upcoming improvements include a seekable progress bar for music and podcasts (a top requested feature), while you’ll soon be able to make WhatsApp calls with Android Auto when connected to the latest Pixel and Samsung phones.

Another related capability is digital car key sharing on Samsung, while Xiaomi users are also getting access.

Lastly, Google reiterates that YouTube for Android Automotive is coming, and how the Waze app will be available on more Google built-in vehicles.