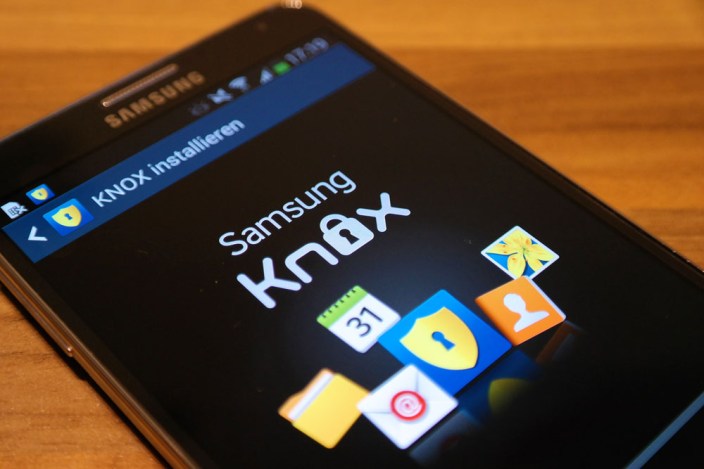 BlackBerry and Samsung announced a partnership today that will help the Korean electronics manufacturer improve its Knox mobile enterprise security software. Starting next year, the Canadian tech giant will bring its BES12 platform to Samsung Galaxy devices equipped with Knox.

END_OF_DOCUMENT_TOKEN_TO_BE_REPLACED Samsung announced today that its official Developers Conference is returning again this year and will kick off November 11 at Moscone West in San Francisco. Last year, Samsung held its first developer conference in San Francisco in October and showed off a number of new features for developers across its product lineups. That includes its Mobile SDK for Android, Smart TV SDK 5.0 Multiscreen Gaming SDK, Multiscreen SDK, and its KNOX Enterprise SDK beta that’s arriving this year natively in Android. This year Samsung makes a venue change to the Moscone West Center used by both Apple and Google for their developer conferences that took place earlier this year. END_OF_DOCUMENT_TOKEN_TO_BE_REPLACED

Samsung is looking to bring biometric sensors including fingerprint sensors and beyond to not just future flagship models but also its low-end and entry-level smartphones as well. The Wall Street Journal reports that Samsung’s senior vice president Rhee In-jong confirmed that biometric sensors for security features— such as the fingerprint scanner already included in Samsung’s flagship Galaxy S5— will also soon come to the company’s less expensive devices. In addition, he hinted that iris detection features could be the next sensor technology it taps into for high-end devices: END_OF_DOCUMENT_TOKEN_TO_BE_REPLACED

Bring your Samsung Galaxy S5 to work with Knox 2.0 Samsung’s Galaxy S5 might be dust and water resistant, but the company’s flagship smartphone is now ready to take on the roughest of terrains — the office. Today, the South Korean electronics manufacturer announced a new version of its Knox security software that lets GS5 owners use their phone at their job. Rebranded as Knox Workspace, this updated platform features two new cloud-based services Knox EMM and Knox Marketplace. The former gives your employer’s IT department remote access to your device, while the latter is the software’s dedicated app store.

END_OF_DOCUMENT_TOKEN_TO_BE_REPLACED