Google Glass appears to be available to the public, get ’em while you can 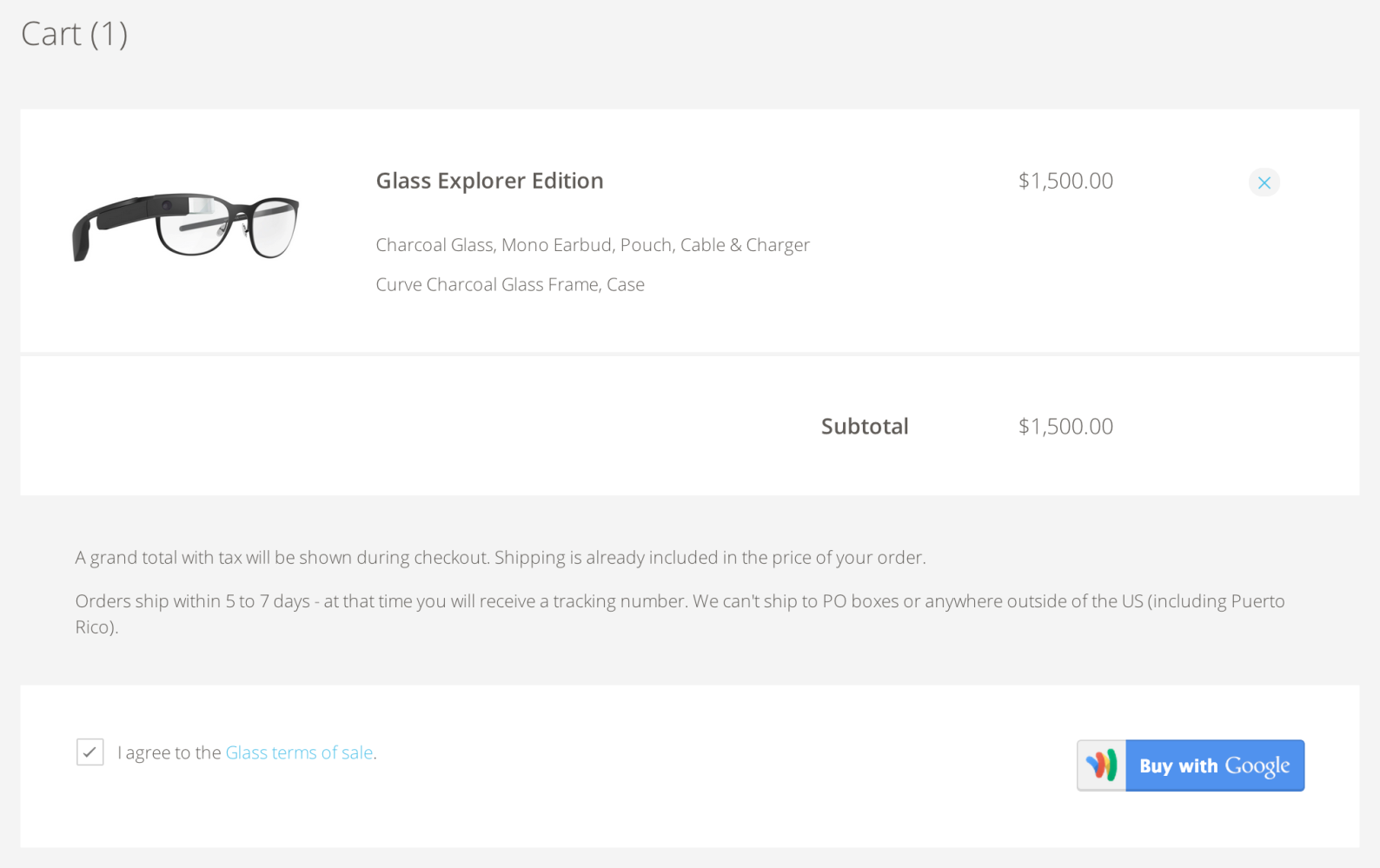 It looks like Google is allowing anyone to purchase Glass. Normally you’d need to receive an invite to happily spend $1,500 on this futuristic device, but according to a recent post on Reddit (via Engadget), Mount View’s popular wearable is available to anyone willing to pony up the dough.

An official Google Glass launch may be imminent, but there hasn’t been any word from Google, aside from a recent 24 hour sale to the public. Prior to now, you’d need to receive an invite to the Explorer program in order to spend your hard-earned cash on Google Glass, but it looks like either someone in Mountain View made a mistake or we’ve just witnessed a very silent launch.

We’ve tested this with mixed results from multiple accounts, but only a few of us had the ability to actually make it to the checkout page while others were locked out completely. Also, we’ve only been able to get this far through the purchase process using Chrome.

With our mixed results, it’s hard to tell if this is a mistake or a silent launch, but if you’ve been leaning towards purchasing Glass, you should probably act fast. We’ll update this article if there’s any official announcement or the current purchasing status changes.

This link was created to accommodate potential Explorers who were still in the pipeline from last week’s sale. We’re shutting it down shortly. As always, we will continue to experiment with ways to expand the Explorer program in the weeks and months ahead.

So there you have it, Google Glass isn’t officially available. This was just a mistake and it will be corrected.