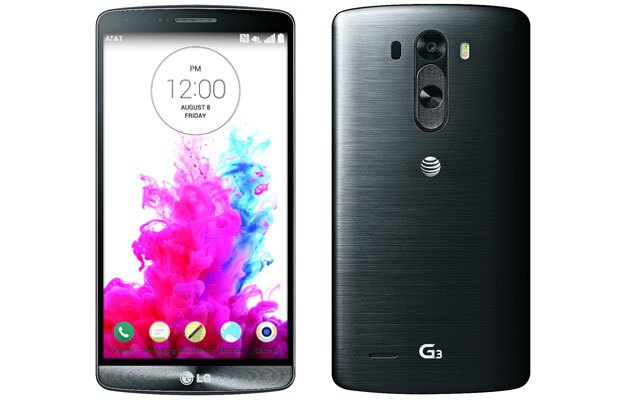 AT&T has proceeded with its plans of accepting pre-orders for the LG G3 on its website, with the smartphone now available for $199.99 when activated on a new two-year contract. The handset can also be paid for in monthly installments of $29.00 for 20 months through the AT&T Next program, or purchased outright for $579.99 with a qualifying voice and data plan. The device is available in Metallic Black and Silk White.

The LG G3 was unveiled at a press event six weeks ago, serving as the successor to the LG G2 from last year. The flagship smartphone features a 5.5-inch Quad HD display at 1440p, 2.5 GHz quad-core Krait 400 processor, Adreno 330 graphics, 2 GB of RAM, 16 or 32 GB internal storage, a 13-megapixel rear-facing camera with an infrared hybrid autofocus system and more. The smartphone runs Android 4.4 KitKat.

T-Mobile also began accepting pre-orders for the LG G3 last week, and will begin selling the smartphone on July 16th.

Both the LG G3 and LG G Watch will be officially available for purchase from AT&T in-stores and online on July 11th.

Update: LG G Watch is now available. 50% off when purchased with an LG G3 smartphone.