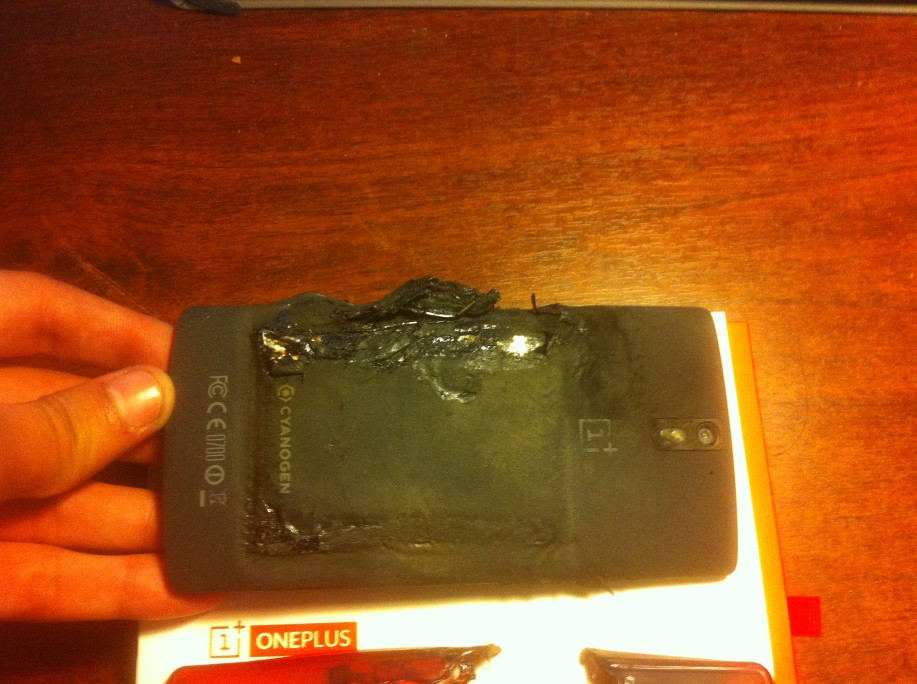 It seems as if almost every flagship smartphone has managed to explode in the pocket of its owner at some point, and today we’re adding the OnePlus One to that list. In a post made by one user of the OnePlus forum MiYzu, we get a great illustration of just how scary it can be when a lithium ion battery just decides to catch fire.

According to the user, he was just riding the subway when the phone blew up. It was apparently in his rear pocket (which might lead one to question whether or not he might have sat on it at some point, potentially causing this disaster), and he says that the incident managed to burn the phone’s case, put a hole in his jeans, and burn his leg.

Quite hilariously, MiYzu did take a second at the end of his post to praise the OnePlus One, saying that its battery is actually pretty great. “Fun fact at the same time I was talking with my brother about the battery life of the One. The battery is good it lasts a day.” But I guess a great battery isn’t so great if it can cause second or third degree burns.

Fortunately, it looks like one of the administrators on the OnePlus forum is making sure this problem gets taken care of:

Sorry to hear that. This has never happened previously. Could you please open a ticket and send me via PM your ticket number. I will ask Support to contact you as soon as possible tomorrow. Thanks

Check out the full gallery below:

Fire one plus one combustion explodes