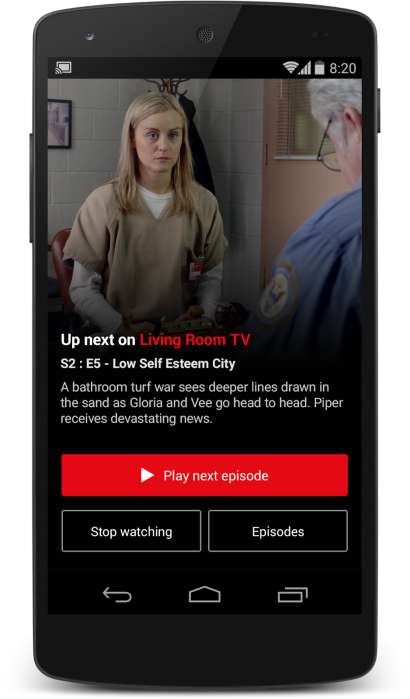 Today, Netflix announced that it has added Post-Play support to Google’s Chromecast for people streaming content from their compatible smartphone or tablet. If you’re unfamiliar with Post-Play, it’s a queueing feature that automatically starts playing the next episode of whatever show you’re watching around 15 after the program ends.

If you’re watching a movie instead of a TV show, Post-Play will also recommend a similar film almost as soon as the credits start rolling. Netflix says that PC support is set to follow and that it’s increased the countdown to the next program to give people enough time to grab their smartphone or tablet, however you can probably use those extra few seconds to grab a quick snack instead.