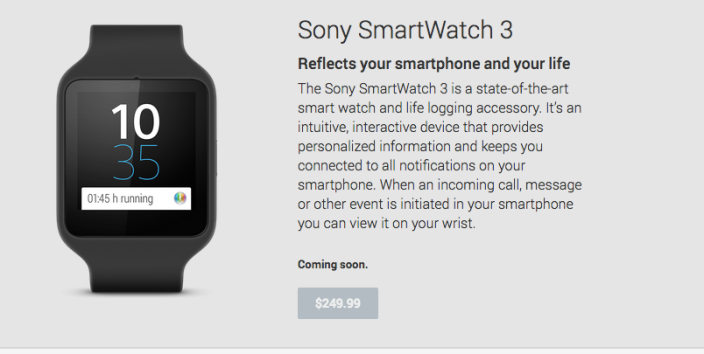 Google’s new Nexus gear isn’t the only fresh hardware added to the Play Store. Sony’s new SmartWatch 3 is now listed under the outlet’s Android Wear section for $250 and marked as “coming soon.”

In addition to some new products, Google quietly removed its Google Play edition category, moving the vanilla Android-toting HTC One and Moto G to the Phones & Tablets section. We’ve reached out to the folks in Mountain View to see if this is a permanent change and will update this article if we hear any new details.

Update: The Nexus 7 appears to be gone from Google Play as well. We’re looking into this as well.