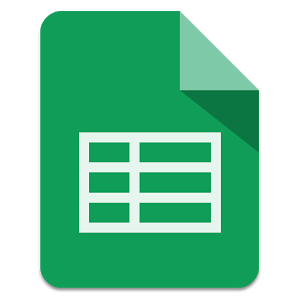 Google announced on Thursday that, starting next week, it will begin notifying users of Google Apps domains on the Rapid release track about the upcoming migration of old spreadsheets to the new version of Google Sheets. Any spreadsheets created before December 2013, including subsequent changes, will be migrated to the new service.

Google claims that the migration process will begin in the next two to three weeks, with no action required by users. While no spreadsheet data is expected to be affected by this transition, Google notes that some formulas and features may be different in rare cases and advises users to read this Help Center article to understand the changes.

If you are curious which version of spreadsheet you are using, check to see if there is a green checkmark icon in the bottom-right corner. That checkmark is found in the new version of the Sheets app only, so you’ll know if you’re using an older spreadsheet that will soon be migrated if the icon is missing.

From the Google App Updates Blog:

“Starting next week, people using older spreadsheets (those created prior to Dec 2013, including any subsequent copies) in Google Apps domains on the Rapid release track will see a notification about an upcoming auto-migration to the new version of Google Sheets. They will be directed to the Help Center to learn more.

The actual migration won’t start for another 2-3 weeks, and no action is required as a result of the migration. No data should be affected; however, in rare cases the results of some formulas and some other features may be slightly different. See “What’s different in the new Sheets?” in the Help Center article for more detailed information.”