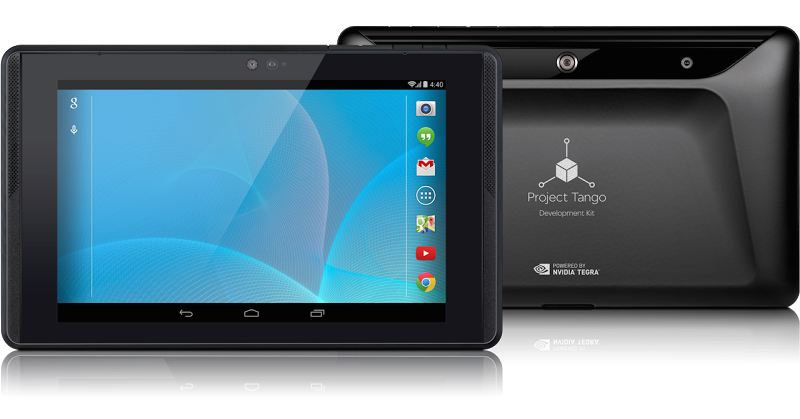 Earlier this year Google announced the Project Tango tablet with “advanced vision capabilities” that would be coming at an undisclosed date in 2015, with a development kit coming near the end of this year. Now, as noted by Android Central, the tablet has finally popped up on the Google Play Store. It’s not showing on the store’s Devices page just yet, but the listing is accessible if you have the link.

At the moment shoppers won’t be able to buy the prototype tablet which includes an NVIDIA Tegra K1 CPU, 4GB of RAM, and 128GB of storage. It also comes with a motion tracking camera and integrated depth sensors.

The Project Tango prototype will be available in both black and white and will ship running Android 4.4.2 (no word on when it will get 5.0). The tablet is expected to cost $1,024, but there’s no indication of when it will actually go on sale.