You can already buy a Samsung Galaxy S6 case on Amazon 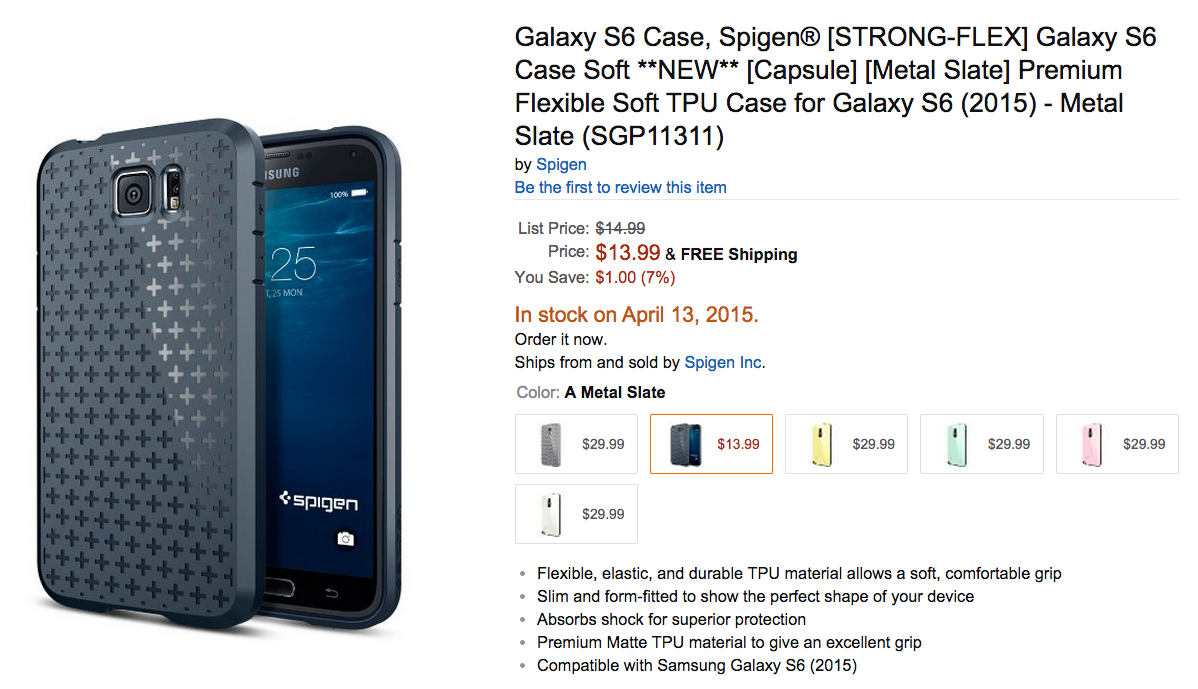 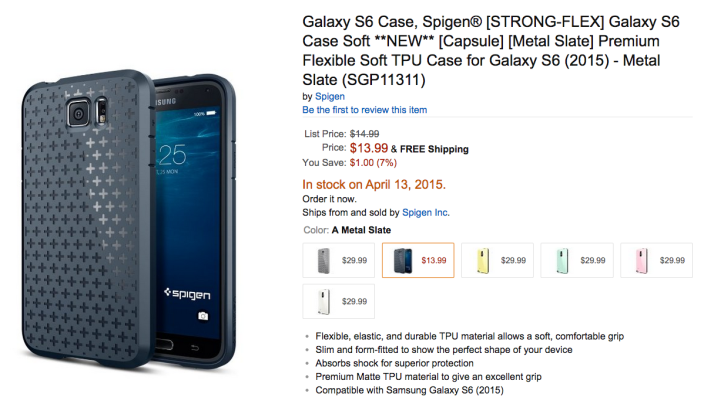 The various style cases are available in six colors and carry a list price of $29.99, however the Metal Slate TPU case is on sale for $13.99.

Each of the variants are slated to become available in April or June, which would give Spigen enough time to adjust the design based on the official S6 release. There’s also a chance that Spigen received leaked schematics and has pre-produced these cases to get a head start on its competition. The images don’t reveal too many design details, however they do clearly depict new positioning for the flash and sensor module. Either way, it’s interesting to begin seeing S6 accessories hit the market.

The latest buzz surrounding Samsung’s upcoming smartphone suggests that the S6 may lose TouchWhiz as part of the company’s efforts to “optimize its software for the Galaxy S6 to near-Nexus levels.”