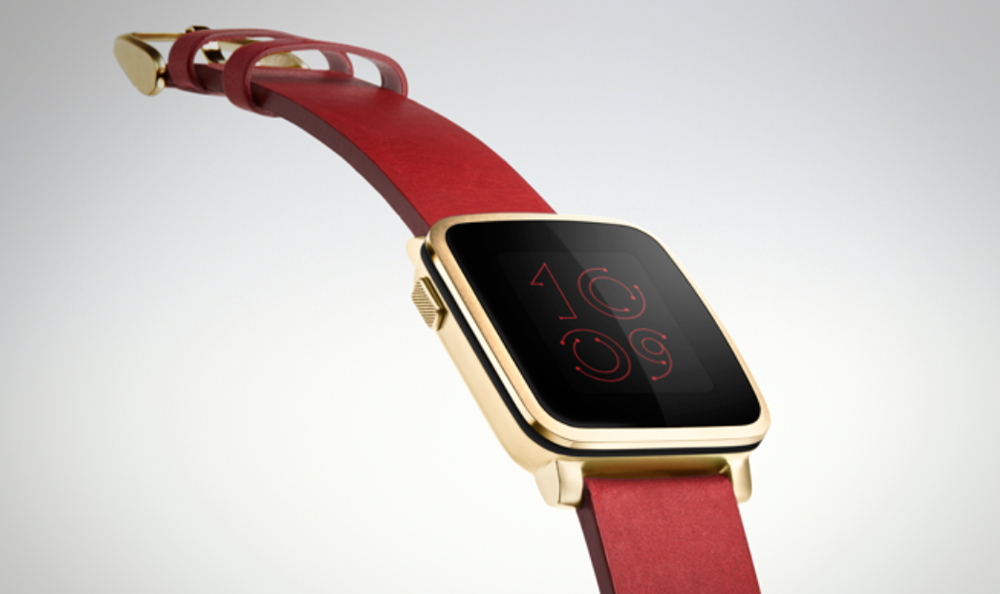 A week after Pebble announced a color-screen version of its popular smartwatch, the Pebble Time, it has now announced a stainless steel model: the Pebble Time Steel. The metal version is available in silver, black and gold finishes.

Pebble claims to have boosted the 7-day battery life of the Time to ten days, at the cost of an extra 1mm thickness.

The company is estimating delivery in July, though it doesn’t have the best of track records when it comes to meeting promised deadlines.

Pebble is also opening up the accessory port to allow third-party companies to develop ‘smart straps’ for the watch, adding functionality via embedded sensors. Possible examples given include heart-rate monitors, GPS units and even extra batteries, to boost the time between charges.