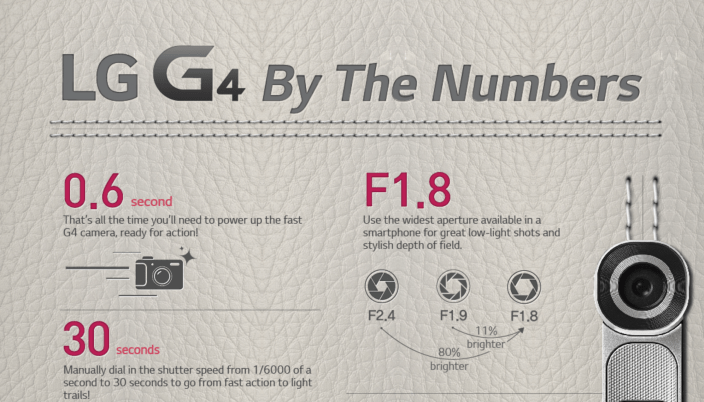 After officially unveiling the device yesterday after months of speculation, LG has today shared an infographic in which it breaks down all of the specifications of its G4 flagship. The image, seen below in its entirety, highlights the camera features of device, which LG went on about for an extended period of time during the unveil.

The infographic shows how it takes just 0.6 seconds to take an image with the device. In 30 seconds, you can manually dial in the shutter speed. The G4 also offers 20 percent more accurate colors, is 25 percent brighter, and offers 50 percent more contrast than its predecessor.

The LG G4 will be available in June from United States carriers. The full infographic is available below if you’re interested in potetnaily buying the device.