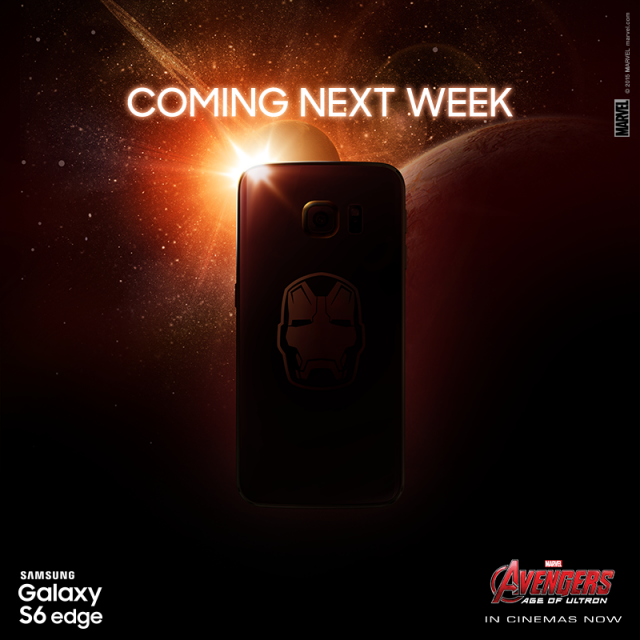 Following rumors and then a confirmation of the device’s existence last week from Samsung’s @SamsungTMRW Twitter account (the tweet has since been pulled), a new Facebook photo posted by Samsung Mobile Korea all but confirms the impending launch of an Iron Man-themed Galaxy S6 Edge.

It’s very hard to make out the design touches coming with this phone due to the bright background lighting drowning out much of the foreground, but quite intentionally visible is an Iron Man logo at the center of the back plate as well as what might be a red coat of paint and gold accents – to match the colors of Iron Man’s suit, of course.

The image also provides a more solid release date, indicating the device will be coming next week while lacking any hard date of just when next week it might launch. It also doesn’t mention whether or not that timeframe is limited to that region, or other countries as well, but at the very least it seems that’s when to expect it to drop in Samsung’s home country of South Korea. The caption going along with the photo roughly translated to English says:

“Galaxy S6 edge, put on a suit of Iron Man

None of this comes as too much of a surprise, considering that Samsung is clearly very interested in capitalizing on excitement around the new Avengers: Age of Ultron movie. The company recently launched a series of Galaxy S6 Avengers-themed accessories including cases and a wireless charger.