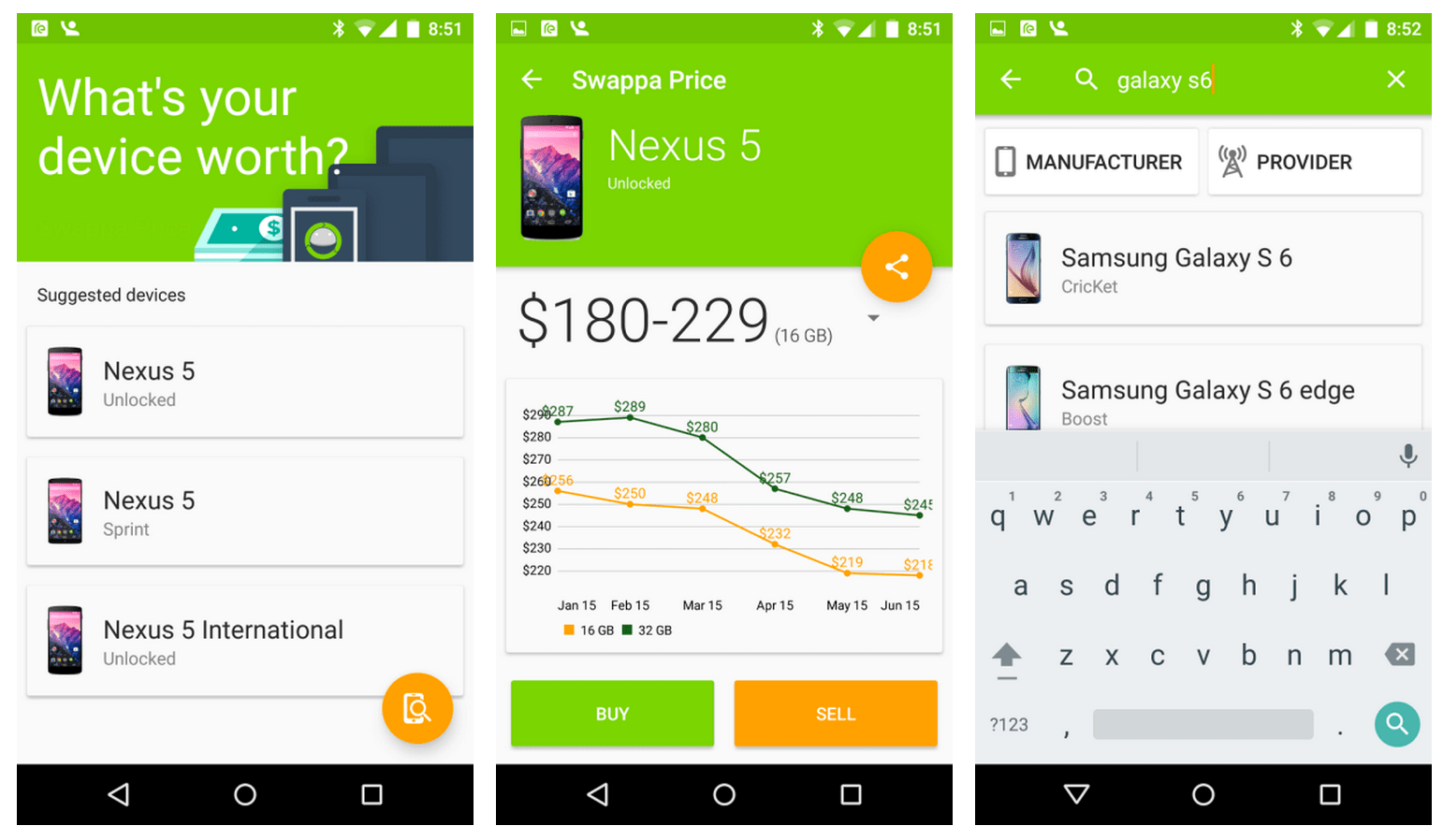 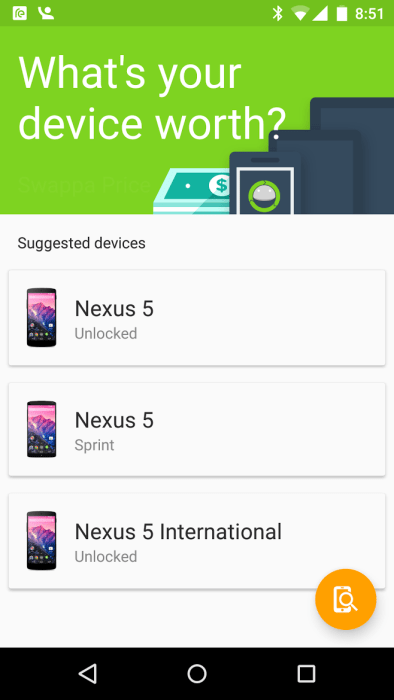 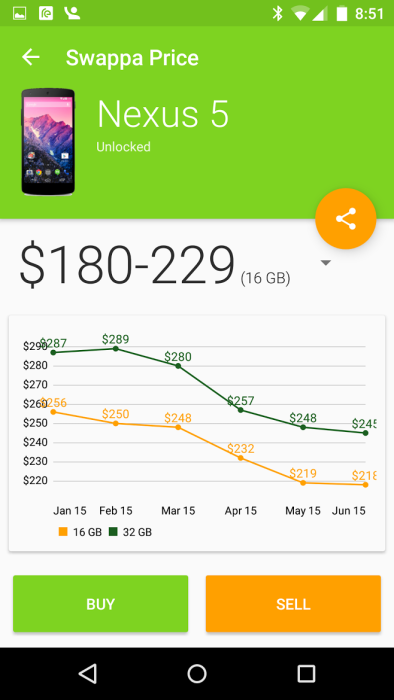 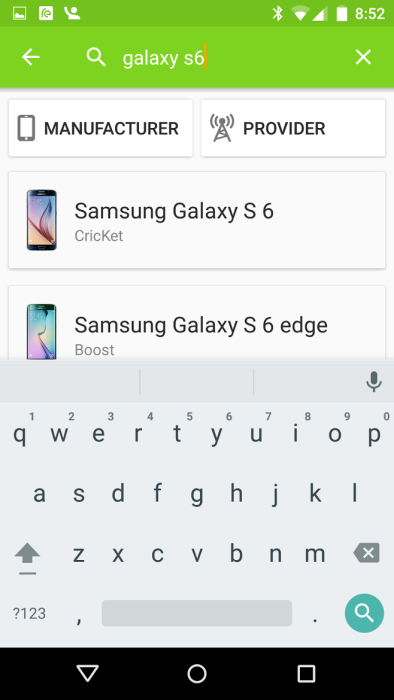 Swappa is a relatively small player in the online marketplace space, only dealing in mobile phones and tablets, but it’s quite popular in the Android community and has a new app out that should make it even easier to decide whether or not now is the right time to buy or sell a device.

The app is called Swappa Price and immediately upon launch, it tries to guess what phone you’re using, presumably because you’re likely interested in selling it when you download the app. Tapping on one of the suggested devices leads you to a price graph where you can see how the value of the device in question has fluctuated over time, which should help with determining if it’s the right time to sell or buy.

There’s also some basic search functionality for finding the value of other devices. Just tap the floating action button in the bottom right to get a search started. You can’t complete transactions from the app, though, and pressing “Buy or “Sell” bumps you to the browser.

The biggest differentiating factor between Swappa and a marketplace giant like eBay is its claim to be much safer. Junk devices—devices with broken screens, bad radios, etc—are not allowed and the company vets all listings before they go live. They’re less of a middleman than another similar site, Gazelle, however. In Gazelle’s case, they actually buy your device from you and then sell it on a marketplace like eBay themselves, completing taking away the chance of getting scammed by some sketchy individual.

Swappa requires things like “verification photos” and checking the IMEI of a device to make sure it hasn’t been flagged by carriers as stolen. Many in the Android community have good things to say about the service, and I personally have sold multiple phones on Swappa with no problems at all. The only downside is that Swappa uses PayPal for all transactions, which can be a problem for some.