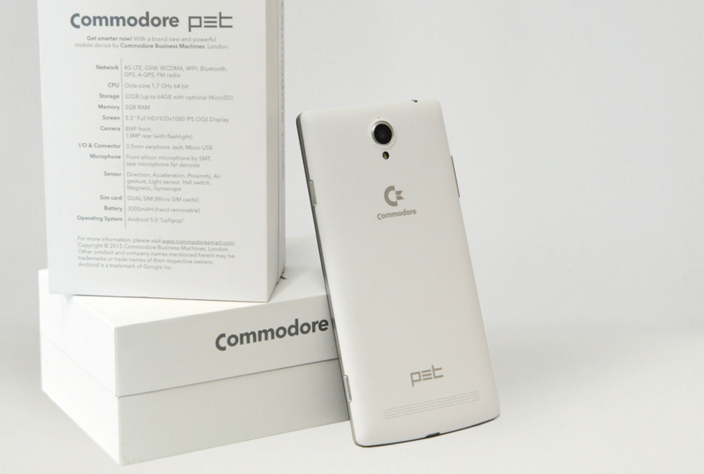 Specs include a 1.7GHz Mediatek 64-bit octa-core processor, a 3,000mAh battery and a 13MP Sony camera sensor on the back capable of shooting in 1080p. The front camera is an 8MP snapper with an 80-degree wide angle lens for extra wide group selfies. These all join a 5.5-inch 1920 x 1080 IPS display.

The device itself, like many others these days, is built using an aluminum frame and has interchangeable plastic covers. You’ll be able to choose between white, black or the nostalgic beige colors to begin with. Other colors, like green or blue, might be added at a later date. Let’s not kid ourselves though. Anyone buying the PET for nostalgia could only possibly go for the beige option, right?

The Commodore PET smartphone is due to launch in Europe later this week and come in two different options. There’s a 16GB “light” model with 2GB RAM which will set you back around $300 while the “regular” model will be around $365 and come with 32GB storage and 3GB RAM. Both will be expandable via MicroSD card up to 64GB, although they ship with a 32GB card in the box.

To begin with, the device is going to be available in France, Germany, Italy and Poland. Availability will expand over time. You can sign up here to receive notifications as its launch draws nearer.