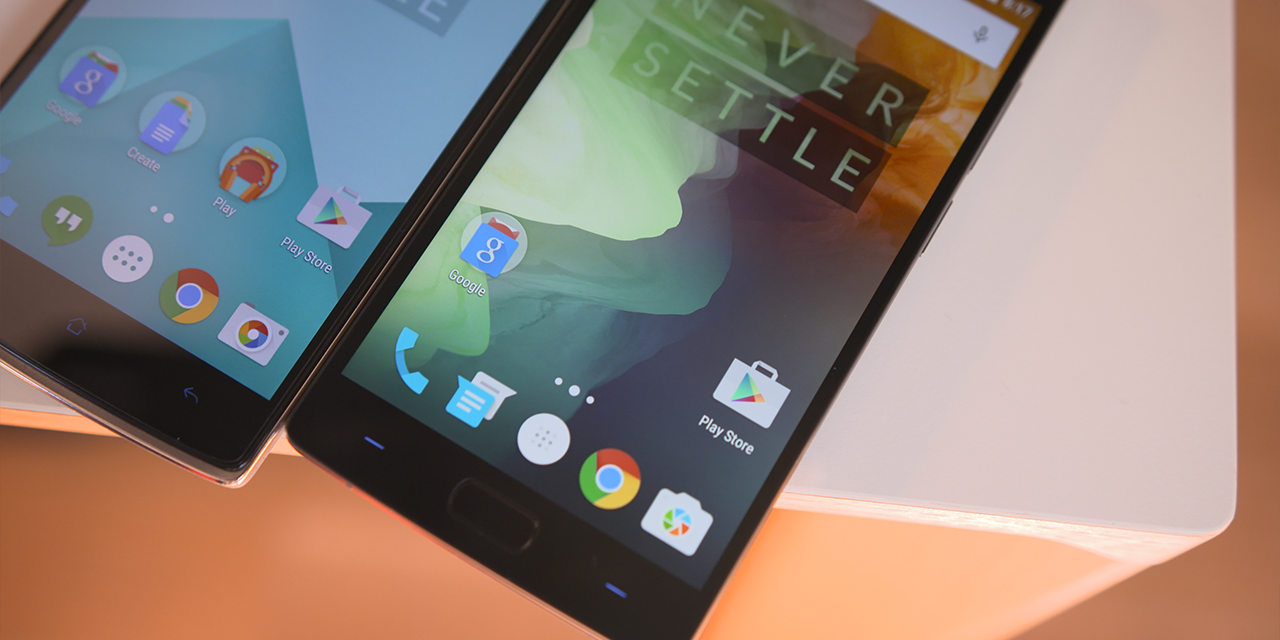 The OnePlus 2 is now official and while it features some new bells and whistles, how does it compare to the original flagship killer? Let’s go ahead and find out in our OnePlus 2 vs OnePlus One hands-on comparison…

The design between the two is similar, but there are some important changes here. First off, the device still has a removable back cover, but neither device includes MicroSD expansion or a removable battery. Both devices have a magnesium frame inside, but the OnePlus 2 features a solid aluminum frame that feels great in the hand. It makes a big difference in the quality of the device. It’s without a doubt a step in the right direction.

The OnePlus 2 changes up the button layout a bit this time around. On one side you’ll find the lock button and volume rocker, while the other side features a new Alert Slider which will allow you to easily switch between three stages of Android’s alert modes. The bottom side of the OnePlus 2 features the biggest difference with the design. Instead of Micro USB, OnePlus decided to add USB-C this time around and the device ships with a dual-reversible USB Type-C cable for charging. Unfortunately, what you’ve heard is true: there’s no NFC or Qi charging available with the OnePlus 2.

Check out our OnePlus 2 vs OnePlus One comparison video:

OnePlus is also making Style Swap covers available at launch so you can instantly customize your device. There are a wide variety to choose from. Either way, the back covers are very easy to remove and the additional styles are easy on the eyes. 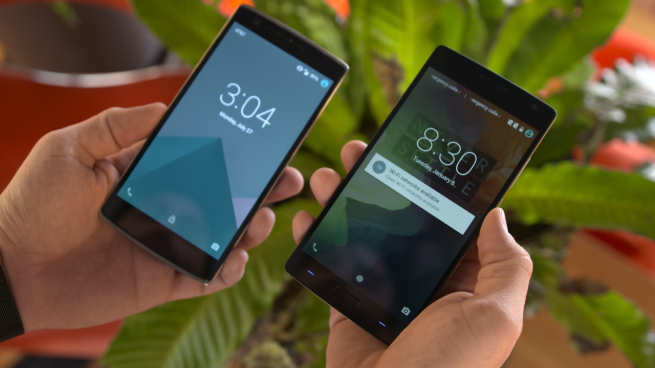 Also, click here If you’d like to check out our unboxing and first impressions of the OnePlus 2, including sample photos and a full overview.

As far as the display goes, you won’t find an improved resolution here, but arguably an improved panel. Both devices feature a 5.5-inch 1080p display with 401 ppi, but the OnePlus 2 is said to have a brightness of 600 nits, which gives it a slight advantage, and the color looks a bit better to my eyes. There’s also Gorilla Glass covering the display.

Aside from the design, some of the biggest changes with the OnePlus 2 happen on the back side. The camera has a couple of major upgrades. Both devices sport a 13-megapixel camera, but the OnePlus 2 comes along with optical image stabilization and laser auto focus. There’s also a better 1.3 micron sensor inside of it for improved low light performance. 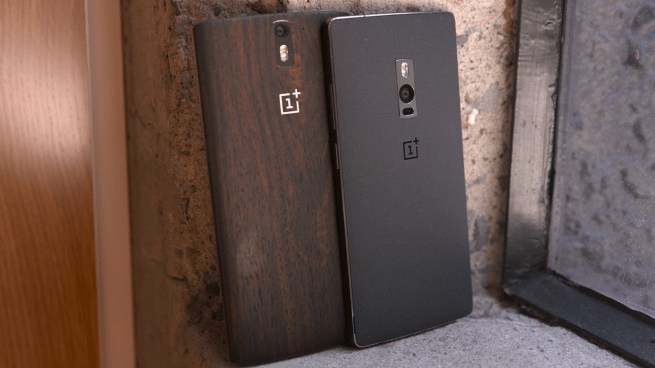 Around the front side, there’s a big difference in button layout. The OnePlus One features three capacitive navigation buttons, but the OnePlus 2 steps it up with a fingerprint sensor in the middle that worked pretty great in my testing and also works as a capacitive button, but it doesn’t actually push down like you’d assume. On each side of the fingerprint sensor you’ll find two capacitive buttons for “back” and “multitasking” that can be swapped via settings.

Overall, I’d say the OnePlus 2 is a worthy upgrade over its predecessor, but what do you think? This new flagship killer is launching with a price of $389 for the 64GB model. It definitely has a better build, camera, and features over the OnePlus One, but how will it hold up against the competition over the next year?