Verizon still considering whether or not to support Samsung Pay 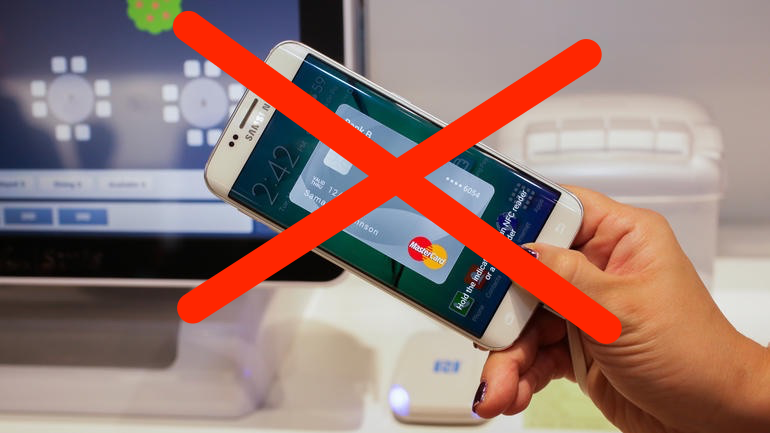 Is it happening again? It might be happening again. Verizon Wireless is still evaluating whether or not to support Samsung’s soon-to-be-launched mobile payments service, Samsung Pay, on its devices, according to a representative we spoke with from the company.

First noticed by a sharp-eyed Redditor, the section of the official Samsung Pay website which includes a list of supported financial institutions and carriers features every major US cellular provider — except Big Red.

Long time Android users will remember the fiasco situation wherein Verizon dragged its feet on supporting Google Wallet, Google’s initial foray into mobile payments, only to launch its own alternative — initially called Isis Mobile Wallet but renamed to Softcard for pretty obvious reasons — as part of a joint venture between several of the major carriers. That effort didn’t go so well, with the consortium product being acquired by Google to put its engineering talent to work on Wallet.

Verizon at the time attributed its blocking of Google Wallet to the app’s requirement to be integrated into the device-based Secure Element, a highly-encrypted environment connected to a device’s NFC chip which can store sensitive data (i.e. credit card numbers) and execute sensitive applications away from the less-secure environment normal apps and processes run in.

While Big Red pretended like it was simply treating Google like they would any other app developer, the reality is that they were using the Secure Element for their own aforementioned mobile wallet service and blocking all other apps from taking advantage of it.

Google no longer uses the Secure Method technique to store and send payment information, perhaps because of this roadblock. The company now, like Apple, uses a tokenization model where, once the NFC terminal is tapped, Google sends a virtual card number to the merchant and completes the transaction within its own cloud servers, replacing the virtual number with the actual card details stored within a user’s Google Wallet account. Actual card information never reaches the device or the merchant.

Samsung, on the other hand, is in part using what is now a somewhat prehistoric technology to complete Samsung Pay transactions: Magnetic Secure Transmission (MST), the same technology used by credit cards with mag-strips, albeit with a similar tokenization method to Google and Apple’s to prevent sensitive details being stolen in merchant breaches and by card sniffers. And instead of hovering over an NFC terminal, you hover your phone over the credit card swipe.

Samsung is using MST because it means that Samsung Pay won’t need to gain the support of brick & mortar businesses to function, making it more ubiquitously useful (although Samsung Pay also works over NFC). Most terminals which accept standard credit cards should work automatically, and that potential for a positive user experience makes Verizon’s hesitance even more interesting. All the company gave us in response to questions about Samsung Pay was that they “are in the process of evaluating Samsung Pay and we will keep our customers updated on any news regarding the service.”

It’s unclear as of now what Verizon’s reasons for holding back are that didn’t bother Samsung’s other partners. Leave your conspiracy theories in the comments.