Samsung Galaxy S6 Edge+ … wow that’s a long name, but what a beautifully designed phone we have here. It’s of the best designs I’ve seen this year without a doubt, but what makes it so special? It’s essentially just a larger S6 Edge, right? Yep.

There are only two main things that make this phone different: a larger display and a larger battery. If you’re unfamiliar with the much smaller S6 Edge, check out our review or top features article, but due to the similarities between these two we’re not going to get too in-depth with this review…

The Edge+ features a 5.7-inch QHD Super AMOLED display that’s absolutely stunning. It’s just as great as the Note 5’s display, but those curved edges really set it off for me. It also has a great build to it and feels very solid in the hand. I actually prefer the Edge+ design over the Note 5 due to the sharp back edges. I also never thought I’d be a fan of a shiny gold phone with a mirrored finish, but it’s really grown on me. The biggest downside to that finish is that it’s fingerprint magnet and a bit slippery.

Overall, the design of this phone is on point and the display is amazing. The major compromise with this design, however, is that you’re losing out on expandable storage and a removable battery. It doesn’t bother me much, but I know this upset a few people out there.

Check out our Galaxy S6 Edge+ review video below:

Performance is nothing short of awesome either. I’ve been using this phone for over a month and it still performs like the day I got it. It’s buttery smooth and Samsung’s Exynos 7420 processor and 4GB of RAM in this beast are a winning combination. Being a Samsung device you’ll still get all of the multi-tasking features, such as multi-window.

With the Edge+, you not only get those curves, but a few features to go along with them. Only one edge can be used for these features, but you can swap sides if needed. Swiping over from the top side of the edge will reveal People Edge. This allows you to specify contacts for quick access and even color code them to take advantage of one feature. If you place the phone face down and one of your People Edge contacts is trying to reach you, the edge will illuminate in that color. It look pretty cool, but I’m not sure how practical it is. 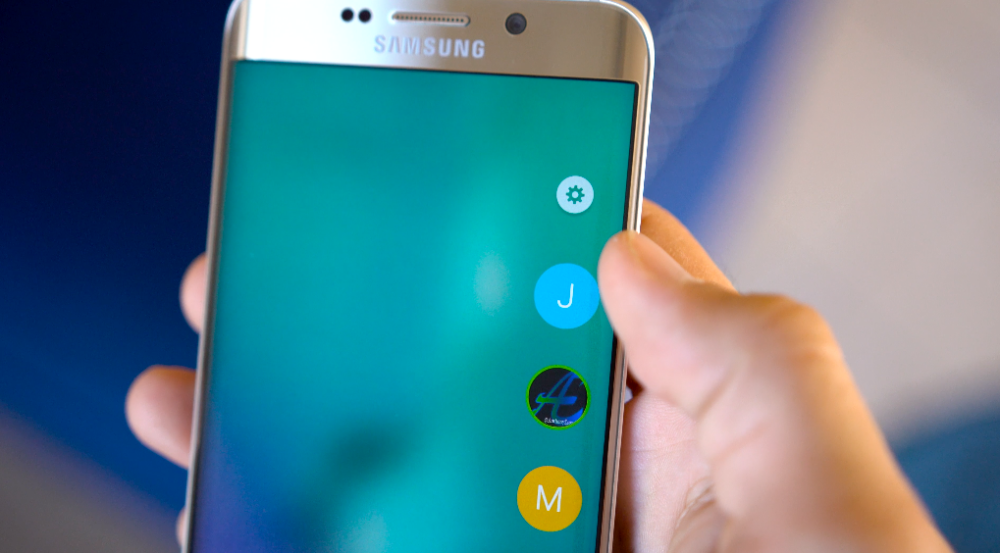 New to the Edge+ is Apps Edge, which works similar to People Edge, but as you can probably guess, with apps! Here you can set up to five apps that can be launched along the edge for easy access. Again, not sure how practical this is, but it’s there.

Camera quality is outstanding as well. This is the same 16-megapixel sensor in all of Samsung’s flagships this year and I love it. If you’d like to see some photo samples be sure to check out the gallery below. It’s simply the best Android camera on the market. Around the frontside, you’ll find a 5-megapixel camera with a nice wide-angle lens that does alright as well.

If you’re buying this phone because bigger phone, equals bigger battery, equals better battery life, I’ve got some bad news for you. I’ve regularly seen around 3.5 to 4.5 hours of screen on time, but usually I end up closer to the 4 hour mark. I’m a pretty heavy smartphone user so your mileage may vary, but at 3,000 mAh (as with the Note 5) I was expecting a bit better. Either way, while bigger phone equals bigger battery, it does not equal better battery life. Fortunately, this packs Quick Charge 2.0 and even Samsung’s new Qi-compatible fast charging, if you have the special wireless charger it requires to take advantage of the increased wireless charging speed. Leave a thumbs up if you wanna see a video on that though. Overall, this is a solid phone, but uncomfortably large. What you’re really paying for is the design. Though I’d rather use the S6 Edge any day of the week over this beast. It’s a great phone, just not a great phone for me. If I’m going for a big phone, I’d much rather have the Note 5 and take advantage of the features that come along with the S Pen. The S6 Edge+ is a great phone, but I’m not sure it’s the right phone for me.