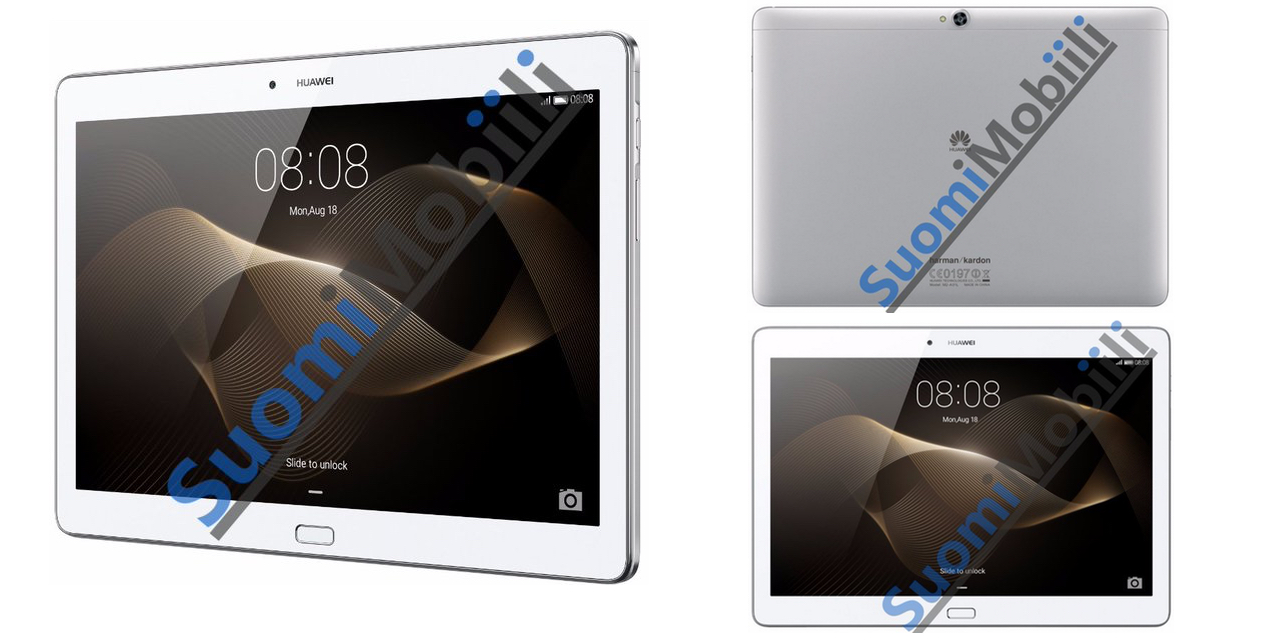 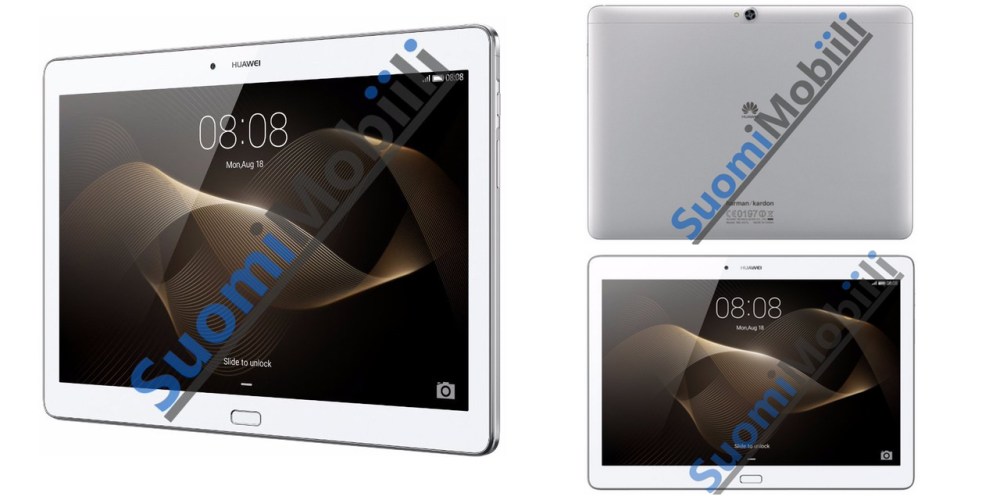 Huawei is expected to have a large presence at CES this year. With its plans to increase its market visibility in the US, the Las Vegas-based trade show is the perfect opportunity to show off its best smartphones and tablets. According to Evan Blass, we should expect to see the MediaPad M2 10 among them.

If a leaked set of renders from SuomiMobiili is anything to go by, this is what the 10-inch tablet will look like: 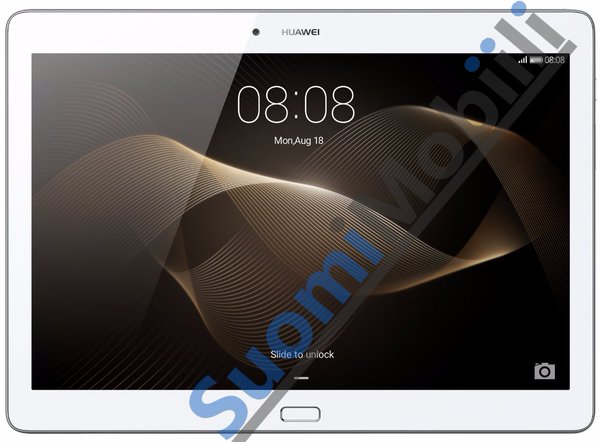 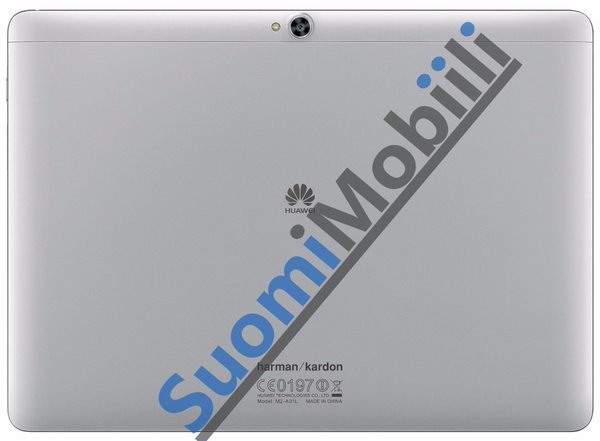 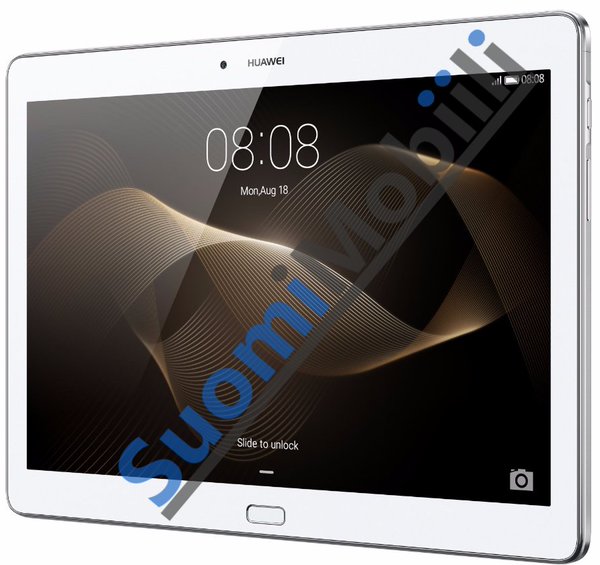 With its rectangular home button on the bottom bezel, its design is similar to many of Samsung’s Galaxy-branded tablets. From the renders, it appears as though the rear panel is mostly made from metal, with a plastic panel running all the way along one side which plays home to the camera and LED flash, and presumably also acts as a window for the various antennas.

Specification-wise it’s claimed that the tablet will feature a full HD 10.1-inch display, 2GB RAM, Huawei’s Kirin 930 processor, an 8MP rear camera, 2MP front camera and either 32GB or 64GB internal storage. US prices aren’t given, but SuomiMobiili expects the 32GB and 64GB models to retail at €349 and €449 respectively in Europe. Roughly converted to dollars, that’s $376 and $484 respectively, although actual pricing will almost certainly differ in the States.

The leak certainly seems official, and Evan Blass has a pretty solid track record, so we’re fairly confident this is legit, but there’s always a chance this isn’t authentic, however small.