Android Marshmallow for Galaxy S6, S6 Edge, Note 5 rolling out from next month according to sketchy leaked schedule

Samsung is historically a little behind its Android-making competitors when it comes to rolling out major software updates for its smartphones. So it’s no surprise to see that Marshmallow hasn’t yet officially landed on any Galaxy series devices. If a leaked roadmap is anything to go by, that could be about to change…

One of Mobipicker‘s sources sent it a list detailing when the update is planned to be pushed to the latest flagship phones from Samsung. As you’d expect, the most recent and more popular phones are getting first pick. Both Galaxy Note 5 and Galaxy S6 Edge+ (launched last fall) are expected to start seeing Android Marshmallow next month, while the S6 and S6 Edge are claimed to be due for an update in February or March. As for the S5, Note 4 and Note 4 Edge, those are allegedly due the update in March or April.

We’ve seen a fair number of Android Marshmallow-related leaks over the past few weeks and months. We’ve already seen what Google’s latest software version will look like with Samsung’s own TouchWiz flair on top. What’s more, UK S6 and S6 owners have been able to beta test the software, while other Samsung device owners claim to have been sent the update earlier than planned. Among those is a Galaxy S5 owner in France who somehow managed to get an Android Marshmallow update which included this month’s Android security update. 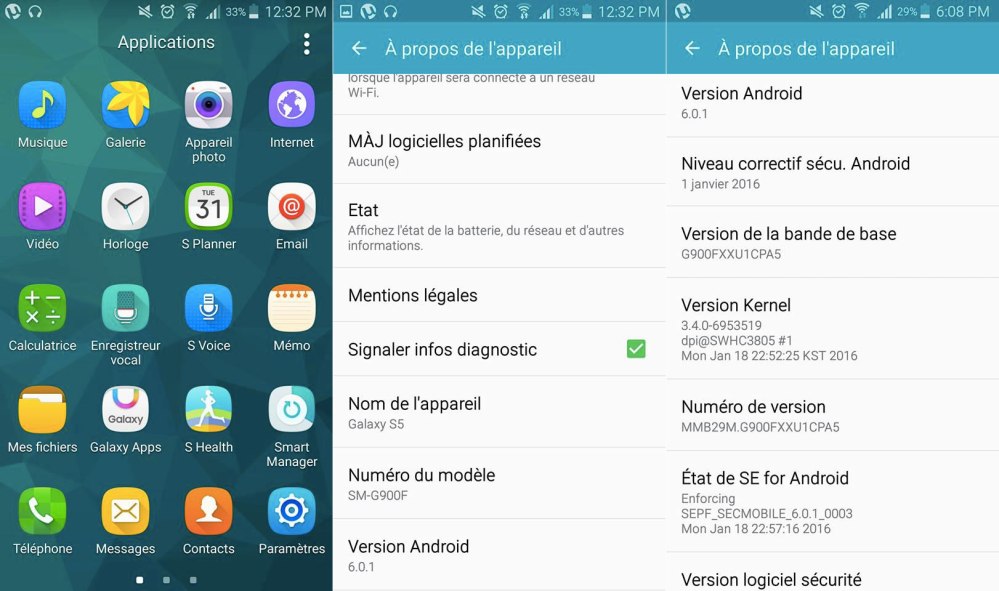 As always, there’s no way of knowing how genuine or accurate these leaks are. There’s nothing immediately obvious to suggest they’ve been doctored or faked in anyway, and it’s not unlike Samsung to ‘accidentally’ push out a software update to a few users earlier than it planned to. Plus, going based on last year’s software update release, it’s certainly plausible that Samsung will start pushing Marshmallow officially from next month. With that said, anyone with any basic word-processing skills could knock together a chart like the one above without too much risk of being completely wrong.

File this under ‘sketchy’ for now, but prepare yourselves for an update soon, unless you have a carrier-locked model, in which case, you’re at the mercy of your network operator.