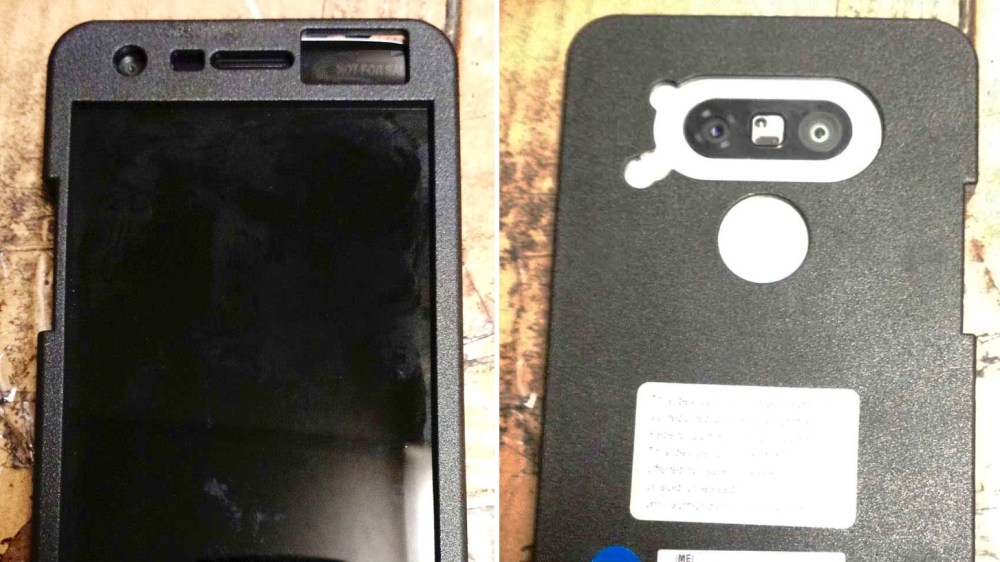 The LG G4 was one of the best phones of 2015, filled with drool-worthy specs, excluding a metal build. With the 2016 rendition of the LG G5, rumors are pointing to a change in that. A new report from DroidLife claims that a source sent images of an LG prototype, most likely being that of the LG G5. The proposed G5 is in a protective casing in the images below, concealing any branding, however.

This device seen does match up with previous reports about the unannounced smartphone. The LG G5’s shiny new metal body can be seen peeking through the camouflage. It reportedly has a user removable battery and external storage via micro SD, which seems hidden under a large sim tray door.

Flanking the back of the G5 you can clearly see two camera sensors, one paling in size to the other, which is due to one being rumored to be 16MP and the other 8MP. There are no reports of LG’s plans for the additional sensor beyond wider shots, but if they can make a camera that trumps last year’s shooter then no one will likely complain.

Under the dual cameras you can see a spot for a fingerprint scanner, which is not totally new for LG as one can be found on the LG V10. What is noticeably different here is the omission of volume buttons on the back. LG has been putting both the volume and lock buttons on the back of their devices for a few years now, but it seems that they are going to move them to the side in the form of a volume rocker seen below.

Having a possible dummy phone in a flimsy plastic shell may not convince everyone of LG’s new design of the G5, but the evidence doesn’t stop there. MobileFun, a leading online retailer that offers mobile accessories, has added their “ArmourDillo” series for the LG G5 to their website which seems to match the dummy G5. The rugged case wraps the entire phone, only exposing the dual cameras and fingerprint scanner on the back. The images also seem to show the volume rocker on the right of the device as well. 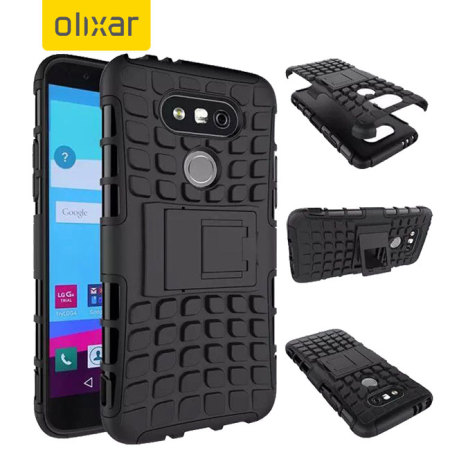 Mobile World Congress is just around the corner, so the rumors will either be validated or squashed soon. I am personally excited for the material choices and button placement of the new G5 if these images are accurate. Are you excited for the new tentative look of the LG G5? Let us know in the comments below.