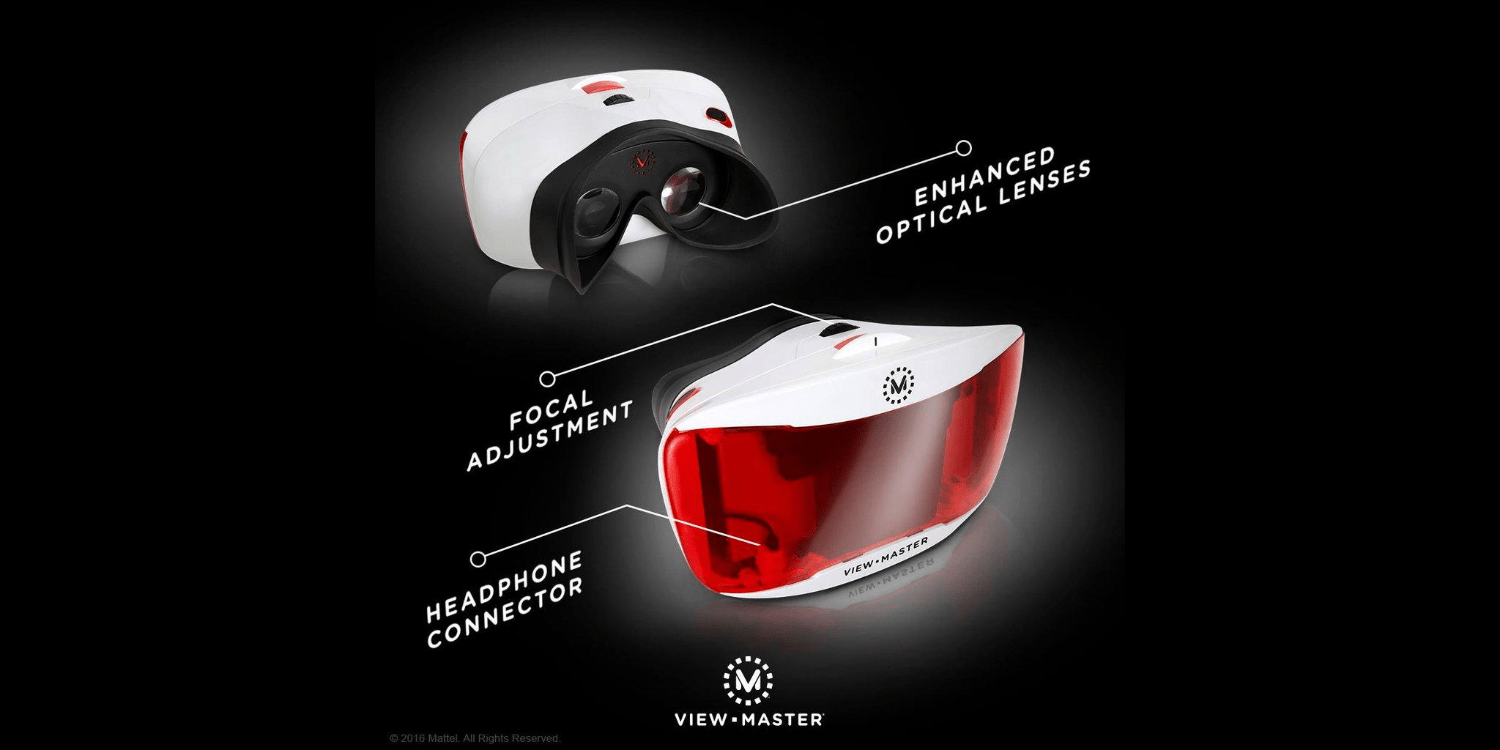 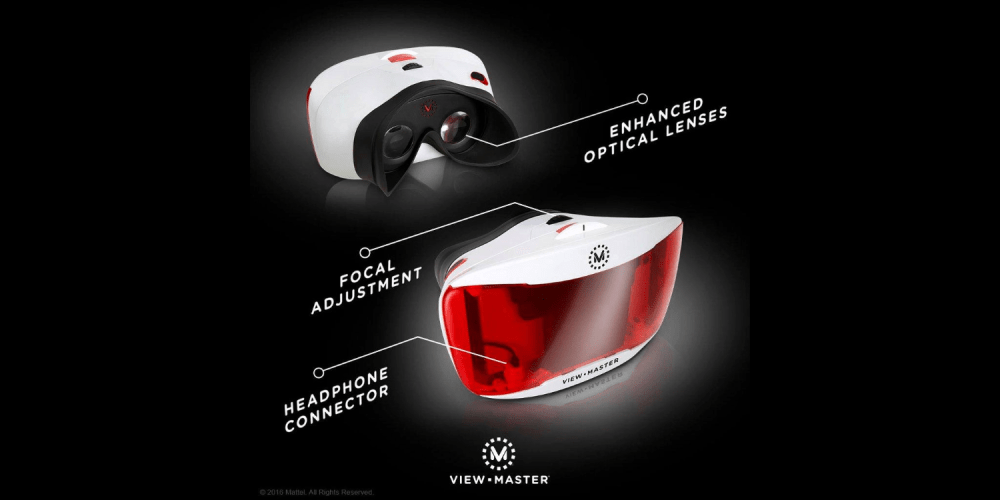 The View-Master Viewer DLX features enhanced optical lenses and a focal adjuster. The latter feature is found on the Gear VR and will be useful for those who have less than perfect vision. With the previous version users had to rely on their phone’s internal speakers to get audio, but the DLX adds an internal headphone connector with an external audio jack.

This version also adds support for smaller sized devices without needing a plastic adapter. Also new is a redesigned latching mechanism that addresses an issue where a user’s phone could fall out while in use. Unfortunately, the upgraded View-Master won’t be available until this coming fall and it will cost $10 more at $39.99.

In addition to hardware, the DLX will launch with new VR experiences. There will be new dinosaur-themed reels, in addition to the current wildlife, space, and destination experiences. Each of those experiences come with four reels and costs $14.99. Mattel is also launching a two-player labyrinth game that costs $19.99 and involves guiding a person wearing the View-Master out of a maze with clues from a physical book.