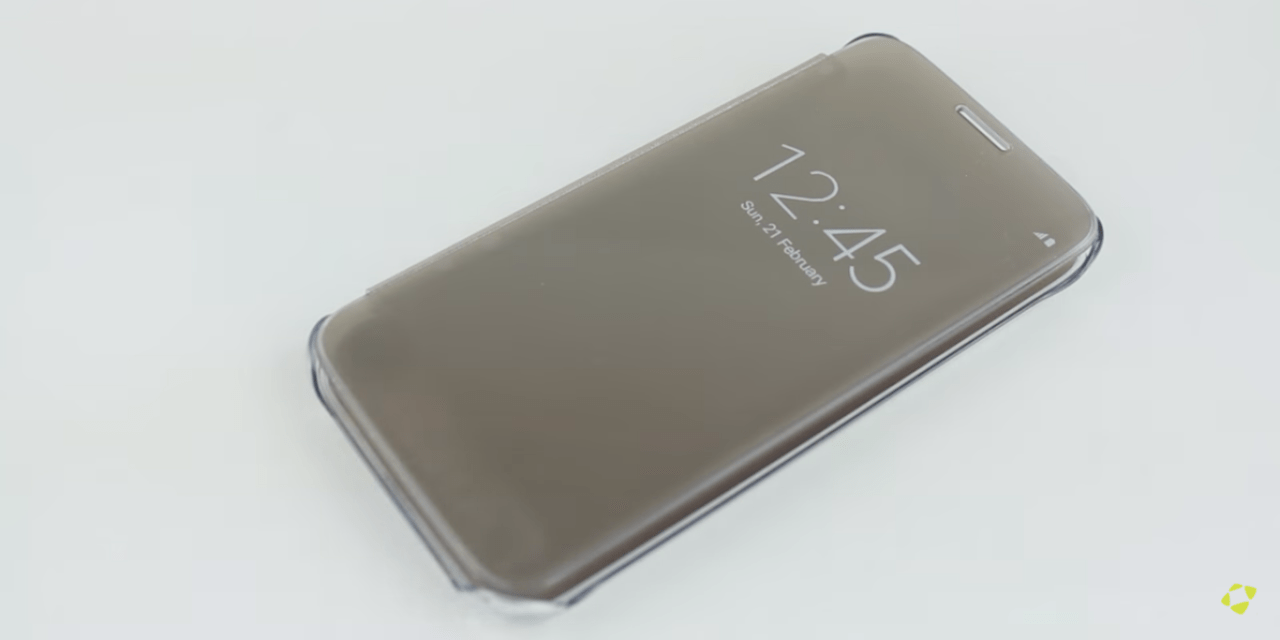 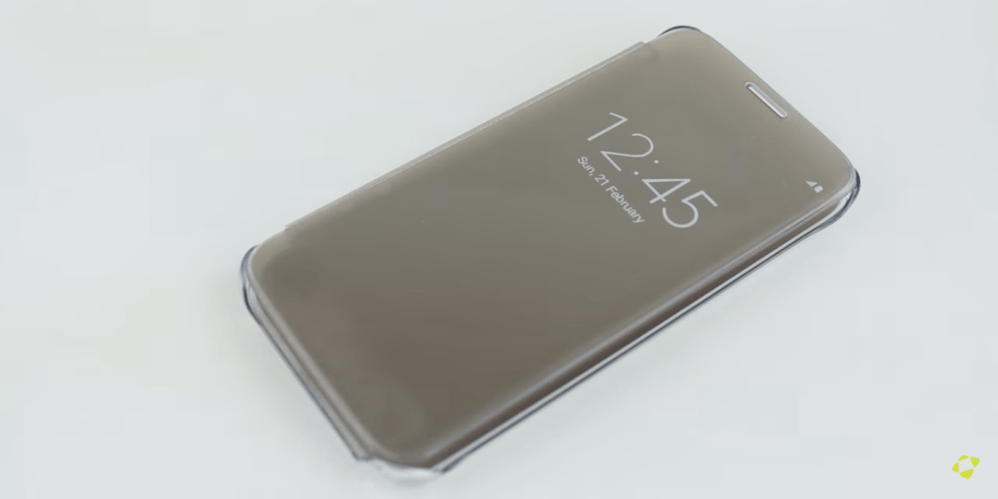 Just announced this Sunday, the Samsung Galaxy S7 and S7 Edge are available for pre-order today in the US. Some shops in the UK already have display units available and one has a hands-on video with the official Clear View Cover Case for the Galaxy S7.

Clear cases are nothing new on Android phones and usually feature a small cut out window that shows the time, date, and any incoming notifications. What’s novel about Samsung’s official case is that it’s entirely clear on the front. The S7 can take advantage of the full translucent plastic case as the new always-on display is not limited to the usual top portion of the screen.

Samsung touts the always-on display as having a very minimal impact on battery life. As expected, the Clear View Cover case can also wake the device from sleep when you open it and do the opposite when you close. The case shown off in the video is gold, but it will likely also come in other colors matching the S7’s variants.