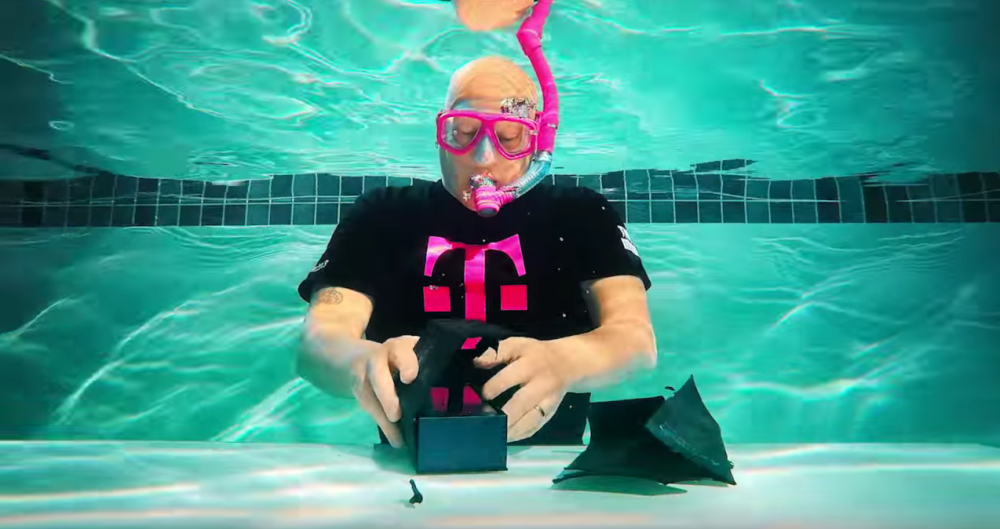 Unboxings are not a new concept at all, but this kind of unboxing just might be. It’s not going to win the award for “most practical and educational,” but it’s hilarious nonetheless. T-Mobile decided that — to emphasize the return of water resistance to the Galaxy S line with the S7 — it should unbox the phone underwater. Completely underwater…

In the video you’ll be watching Sr. Product Manager at T-Mobile Des Smith rip open the phone’s packaging, and it’s pretty much everything you would expect from a video of a guy opening a box in a pool. The pieces of the box and its contents gracefully float away in the pool as he makes his way in, and eventually he pulls the phone out and turns it on all without ever leaving the water.

Perhaps the funniest part is the incomprehensible voiceover that Des gives us through his snorkel (we do get some closed captions so that we’re not completely left in the dark). Or maybe it’s just the fact that his snorkel is a bright and beautiful T-Mobile pink.

Either way, check it out below, and make sure to also read the details on the Korean company’s newly-announced flagship and watch our hands-on footage. And if you’re looking to get your hands on one, be sure to check out our list of carriers that are offering up the phone for pre-order right now (of course T-Mobile is included).